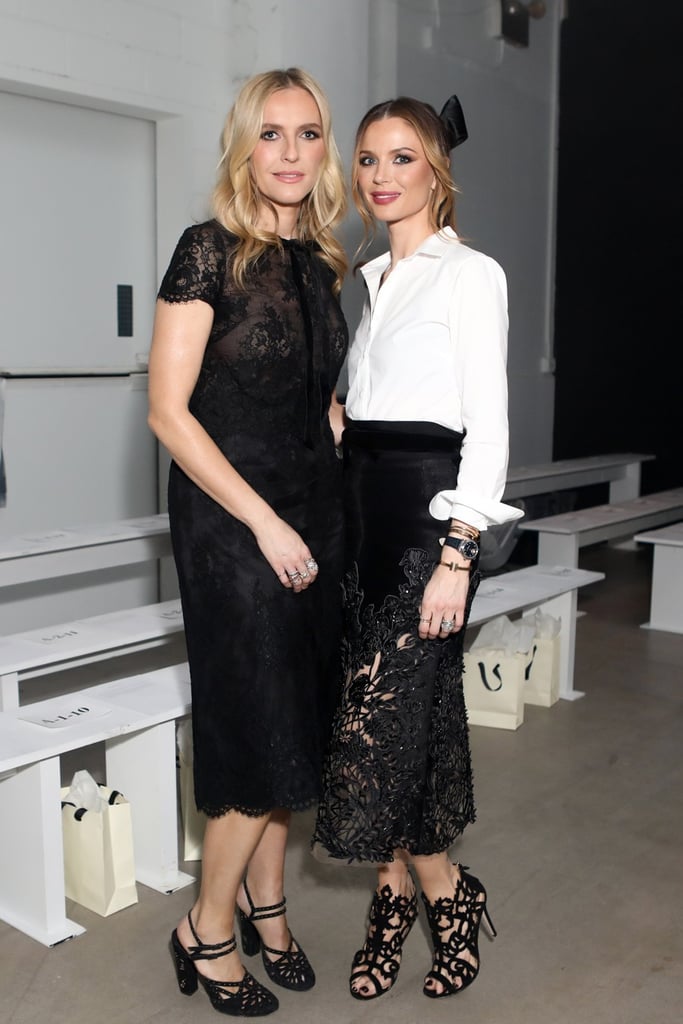 What to Keep in Mind When Wedding Dress Shopping, According to Marchesa's Designers

As soon I stepped into the Marchesa showroom, I wanted to live there (a slight exaggeration, but not far off). Gowns from the Fall 2017 collection (which just debuted at Fashion Week) were on full display, colorful mood boards dotted the walls, and the team seemed enveloped in tasks, working to bring Marchesa cofounders Georgina Champan and Keren Craig's next project to life.

The two ladies are the definition of power women. They first met as students when they were 17, and years later in 2004, Marchesa (named after 19-century aristocrat Marchesa Casati) was born. The following year, Georgina and Keren dressed their first-ever celebrity client, Renée Zellweger, and since then, their gowns have been worn by Reese Witherspoon, Blake Lively, Chrissy Teigen, Olivia Wilde, and Selena Gomez (just to name a few).

Marchesa dresses have always been a red carpet favorite thanks to romantic details such as whimsical florals and cascading tulle trains. "We love red carpet dressing. It's how we started and what we do," Georgina said. This small tidbit makes Keren and Georgina's current project, creating an Oscars dress for Olivia Culpo, on-brand for the fashion house. The design is for Stella Artois's Buy a Lady a Drink Campaign and will incorporate glass beads from Stella chalices to highlight the global water crisis.

We spoke to both Keren and Georgina about their future red carpet look, which is bound to make a statement, at their showroom in NYC. We didn't hesitate to discuss Fashion Week, the bridal world, and politics, too — because when you only have seven minutes with Keren and Georgina, you make the most of it.

by Alexis Jones 14 minutes ago

by Kate Schweitzer 29 minutes ago