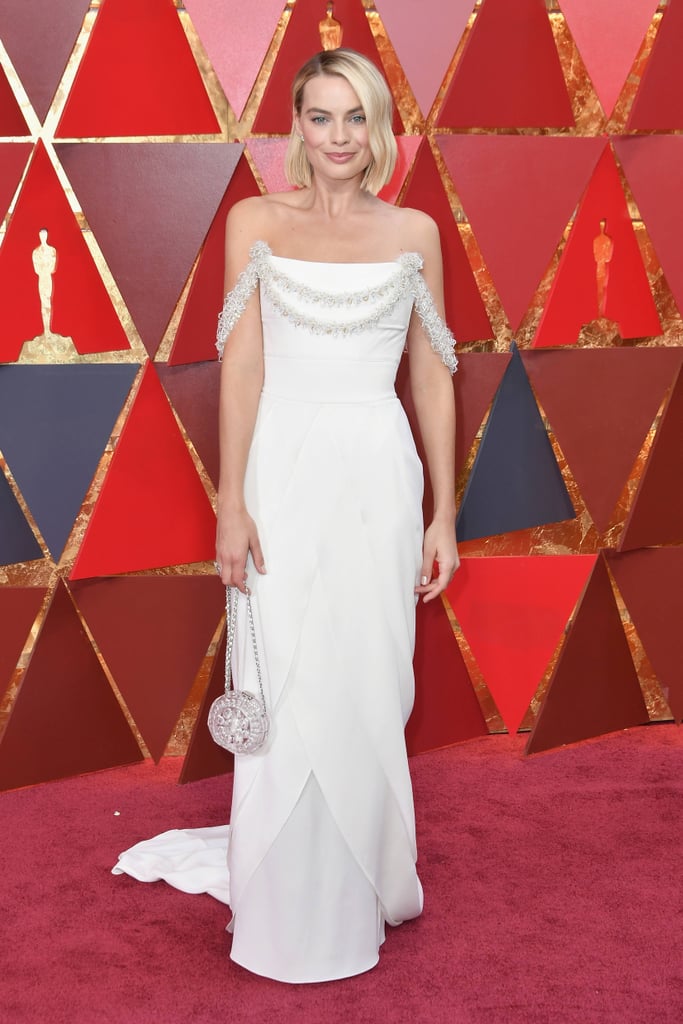 If you thought Margot Robbie's Oscars dress was simple, let the hardworking designers at Chanel correct you. The best actress nominee hit the red carpet in a white corseted Chanel Haute Couture dress custom-made by Karl Lagerfeld himself, and it required 550 hours of work, painstakingly performed by seven people, to complete. That's not all: the corsage and straps — which were three-dimensional bands of embroidered crystal camellias — took an additional 130 hours to assemble at Chanel's Paris atelier.

The reality of wearing such a bespoke dress wasn't lost on the I, Tonya star. "I can't believe I'm wearing a Haute Couture dress made for me by Karl Lagerfeld," she said of the layered georgette gown in a statement. "It's a fantasy. I feel like myself but still as glamorous as I've ever dreamed." Get a close-up look at the intricate detailing that made this dress one of the most labor-intensive designs of award season.