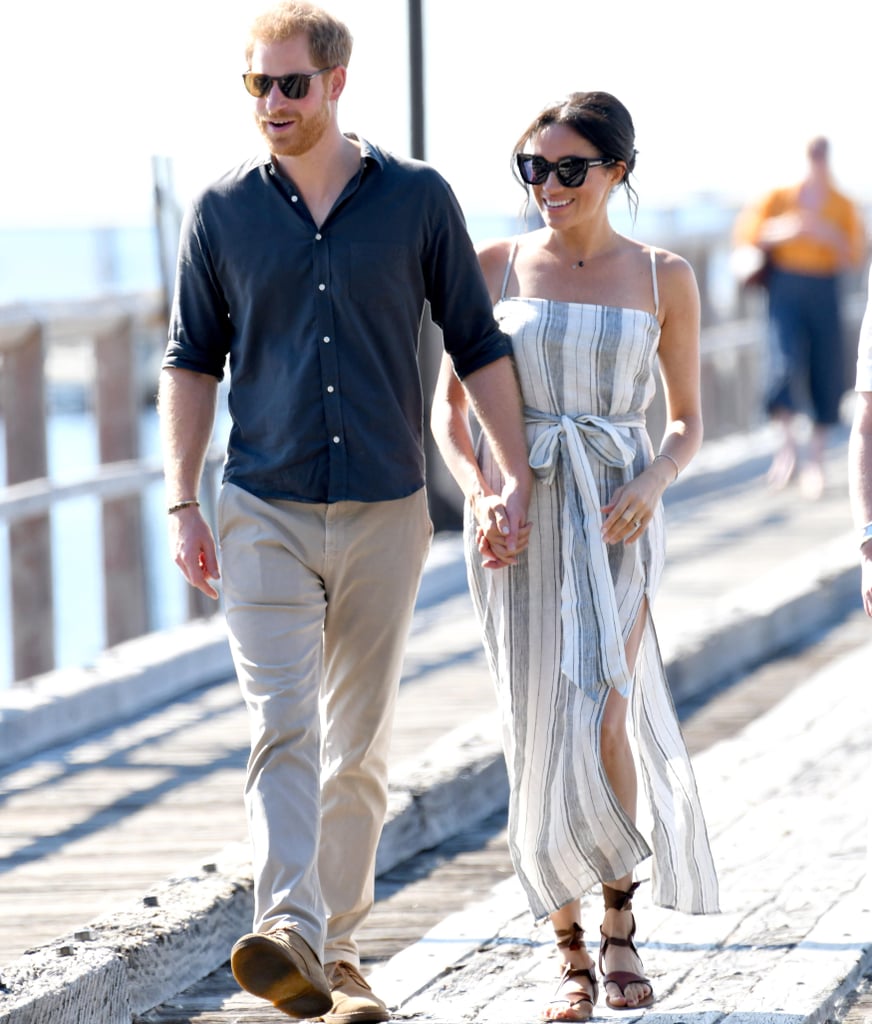 Meghan Markle continued to shake things up when it came to style on her first royal tour with Prince Harry. On a trip to Fraser Island in Queensland, Australia, she kept cool in a linen dress by the laid-back, eco-friendly fashion brand Reformation. Meghan's $218 Pineapple Dress has just been restocked (of course it sold out initially). The design features spaghetti straps, a muted striped print, and a deep slit that Meghan really showed off when she crouched down to greet a woman in the crowd.

The light and breezy number is a far cry from the styles her sister-in-law has chosen for her royal tours in the past: even in the intense heat of the Australian outback, Kate Middleton kept her shoulders covered in a trademark midi dress. Meghan has always been a little more relaxed with her royal wardrobe, and she's never afraid to break the rules or go against supposed royal protocol.

Spaghetti straps are traditionally a no go for royals (they're even banned in the royal enclosure at Ascot), but in the relaxed setting of the Australian vacation island, Meghan's casual and cool choice was just perfect. Take a closer look for yourself ahead, and shop the exact piece before it goes missing from the site yet again.

Storm Reid
Storm Reid Loves Her Cherry-Red Pantsuit So Much, She Put on Beyoncé to Mark the Occasion
by Chanel Vargas 6 hours ago