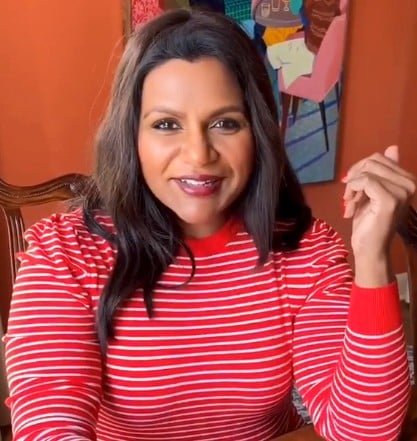 Remember on The Office when Mindy Kaling's character, Kelly Kapoor, chanted, "Fashion show! Fashion show! Fashion show at lunch!," after Pam received a box of clothing she ordered online? For some reason, that was the first thing that came to mind the minute I heard Kaling wore a striped shirt from the POPSUGAR collection at Kohl's.

Because I love a classically striped top as much as I do a humorous Kelly Kapoor quote, I immediately inserted myself into a fictitious Office scene wherein Kelly regales me with all the reasons she lives for a striped top as I pass through the annex en route to the vending machine. It goes something like this:

She would tell me she just got it. She would twirl in it for me. She would ask me what I think. Before I could answer she would fervently tell me how versatile it is, sharing anecdotes about how she styles it effortlessly with jeans and sneakers, dresses it up with heels and fun jewels, and even lounges around the house in it while she binge-watches Netflix and indulges in an at-home face mask with a glass of wine in hand. She would tell me she owns five or six similar versions because, duh, they're timeless and a woman can never have too many striped shirts in her wardrobe. She would ask me how many striped shirts I own but before I can interject with my response she's telling me that I probably need a few more and now is the time to stock up because, OMG, they're on sale at Kohl's right now and I should act fast or they'll all sell out before Summer when I'll want to be wearing one at the beach, on casual Fridays, and on my upcoming vacation in Paris, because, hello, the Parisians basically invented stripes and I'll totally be mistaken for a local if I wear mine.

[End scene] And, yes, she said that last part all in a single breath.

While my made-up monologue was super fun (it was, wasn't it?!), the point of it was to convey how versatile classically striped tops really are and how we should all own at least one or two. Though Kaling's exact style is no longer available — it debuted in September — I shopped out 11 versions from the current POPSUGAR collection at Kohl's so you can get in on the action and live your best striped top life, just like me and my fictitious gal pal Kelly Kapoor like to do. 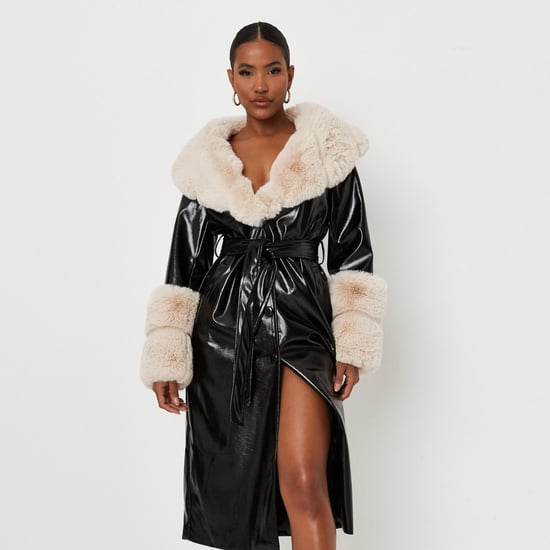