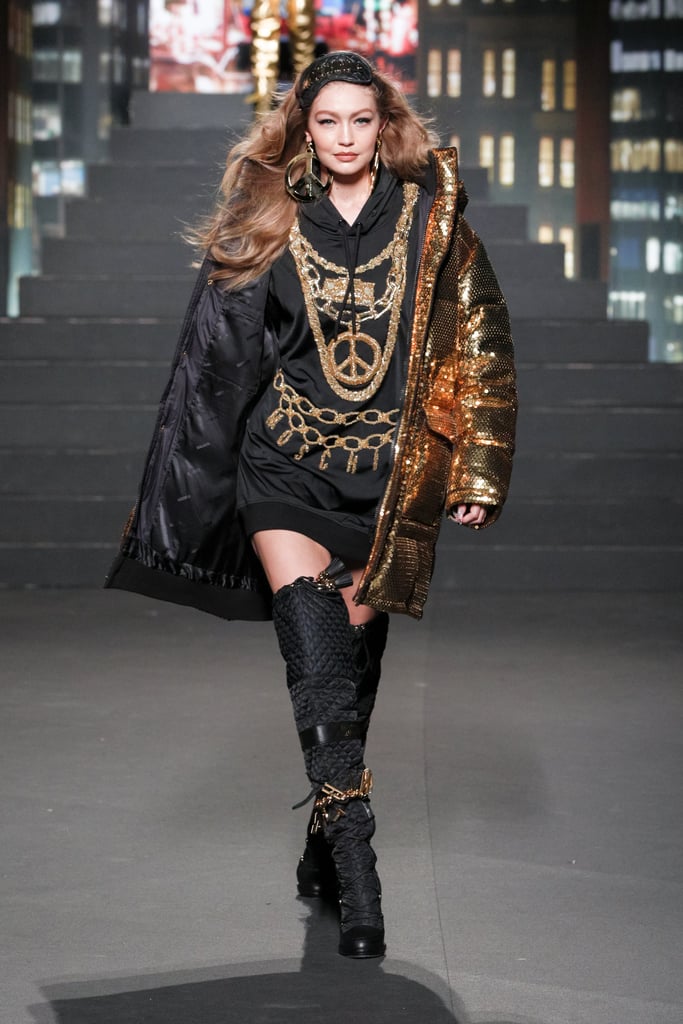 Naomi Campbell, the Queen of Fashion, Shut Down the Moschino x H&M Runway

Which designer can get all of the Hadid siblings and Naomi Campbell in one place, you ask? Jeremy Scott, of course. The designer brought everyone together for the highly anticipated Moschino [tv] H&M runway show, and boy, was it something. When I first received the invite, which came in a phone case from the collection, I could tell it would be an interesting show, and I was not disappointed. I walked into Pier 36 to see the catwalk covered with TVs and blinking neon signs that reminded me of Times Square.

"The Moschino [tv] H&M collection is a gift to my fans and I wanted to give them the most Moschino collection ever. I tried to include all the ingredients you would expect from one of my shows — cartoon couture mixed with a street wear vibe doused with hip hop worthy amounts of bling bling to create a totally Moschino look," Scott said.

Gigi Hadid opened the show by walking down a staircase in a gold sequined coat, sweater dress, big peace earrings, and a logo-covered eye mask to the tunes of an old New York musical. Her sister Bella walked the runway in a sexy leather minidress while their brother Anwar wore a head-to-toe leather ensemble. Their mom, Yolanda Hadid, proudly watched from the celeb-filled front row, which also included Paris Jackson, Bebe Rexha, and Coco Rocha, to name a few.

Perhaps the most memorable moment was when Naomi Campbell, aka the only queen who matters, IMO, closed the show in a shimmering silver dress. The supermodel was met with cheers as she took a lap around the runway while JAY-Z and Alicia Key's "New York (Empire State of Mind)" blared in the background. See more photos from the show ahead.