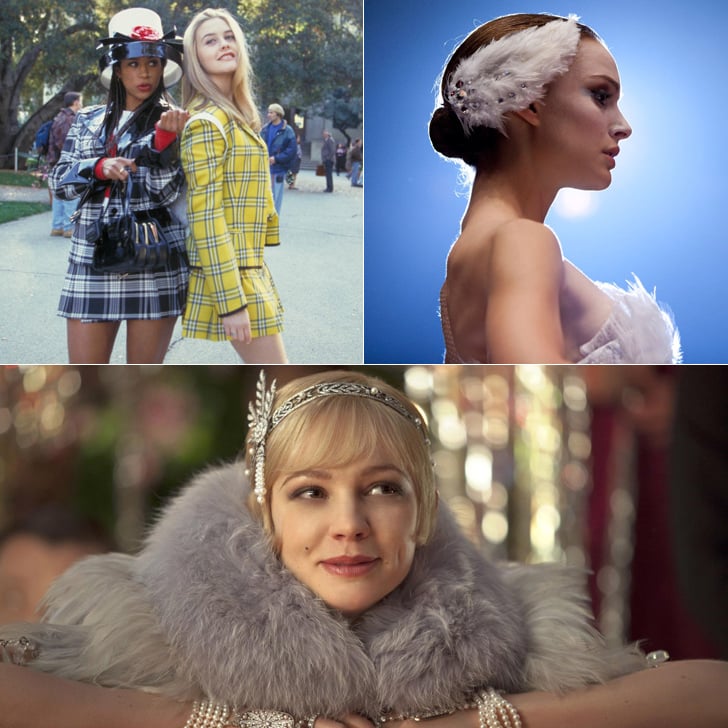 Lights, Camera, Fashion: The 50 Most Stylish Movies Ever

Those Hollywood endings? They're nice, but we'd gladly skip a happily ever after for a dramatic cinematic experience when it comes to the matter of clothes.

In fact, what keeps us glued to the big screen often has more to do with what the star is wearing than who's wearing it (and in some cases, what they're even saying). So while we can quote Cher Horowitz one-liners until we're blue in the face, is there a scene as memorable in Clueless as when Alicia Silverstone waltzes down the staircase in her white Calvin Klein slip dress? And what's that feathered jacket she's wearing when mugged at that pay phone in the Valley? An a-what-a? Exactly.

From Cher's killer closet to Holly Golightly's Tiffany-worthy gems to the showstopping dazzle of Baz Luhrmann's Moulin Rouge, The Great Gatsby, and Romeo + Juliet — these films have one thing in common: they're all Gone With the Wind fabulous.

by Chanel Vargas 48 minutes ago