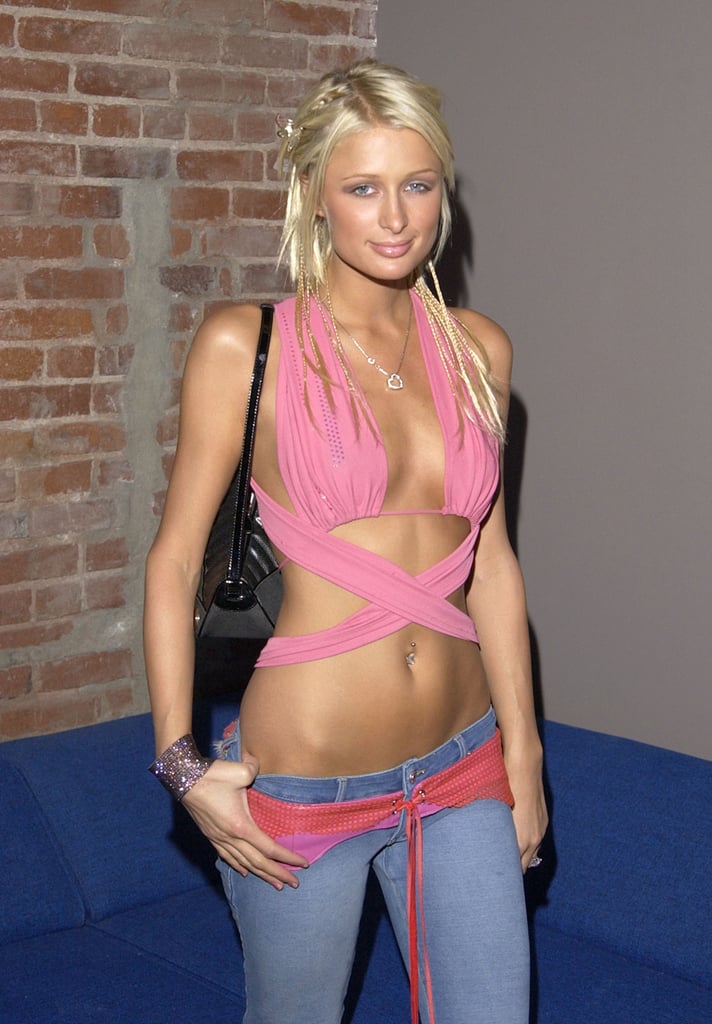 If there's one fashion Paris Hilton is famous for, it has to be the Juicy tracksuit — she even admitted to having an entire closet full of them. And while Paris spent the early 2000s wearing plenty of the terry-cloth combinations (admittedly, we did too), there was a lot more to her style. When the millennium arrived, Paris championed the trends that we would come to love (and later hate). Yes, that includes rhinestone newsboy caps, ruffled tank dresses, and some extrasexy lace-up denim.

And these 20 pictures mark just the beginning of Paris's style evolution; she would later go on to hire stylist Kim Kardashian, design purses, and star in the breakout hit The Simple Life with Nicole Richie. Sure, we may cringe a bit today looking back at these outfits, but in 2001, all we would have said is, "That's hot." Read on for the moments Paris defined the style of the early 2000s — yes, these photos are all from 2000-2002.

Gwen Stefani
Gwen Stefani Rewore Her "Don't Speak" Music Video Dress, and There's No Doubt It's a Classic
by Victoria Messina 10 hours ago