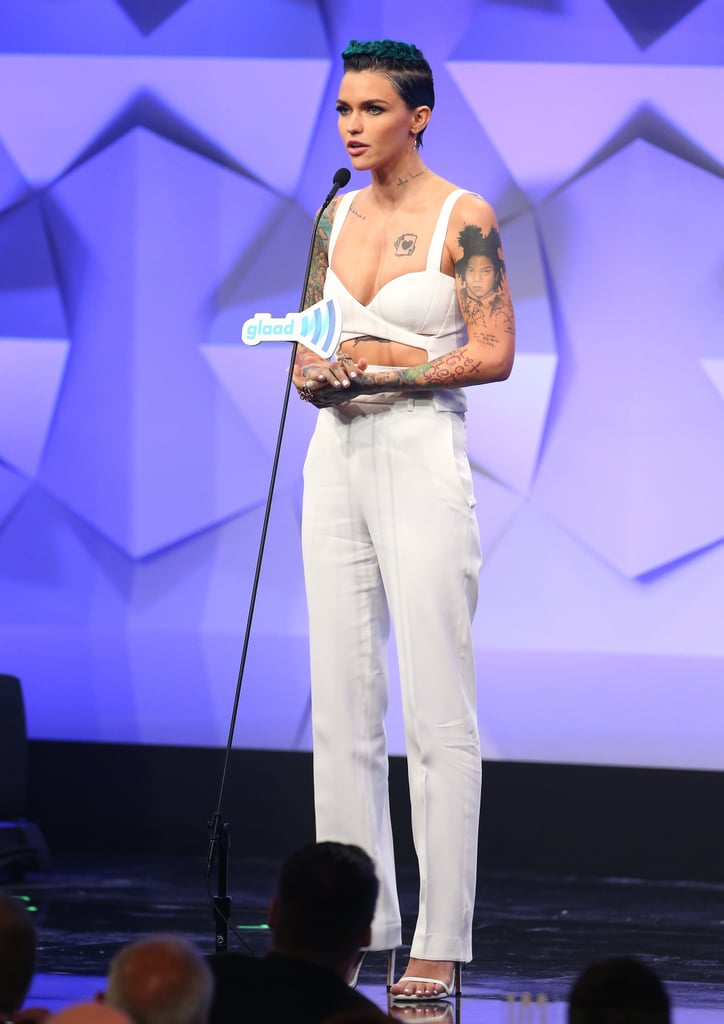 Ruby Rose and Taylor Swift Are Such Great Friends, They're Starting to Dress Alike

When Ruby Rose stepped out 2016's GLAAD Media Awards, we couldn't stop staring at her outfit. Not just because the actress looked great in her white cutout top and pants set, which was expertly styled with a matching jacket that she draped over her shoulders, but also because it was vaguely familiar. Where had we seen something like that before? It wasn't until Taylor Swift stepped on stage, presenting her pal with an award, that it all clicked. Tay had rocked something similar at the 2015 Billboard Music Awards, meaning these two have grown so close, they might be developing a similar taste in clothes.

But while Taylor's white jumpsuit was sparkly and flared, Ruby's look was structured. And again, the star had used a jacket to pull it all together — a hack, we'll note, that many bloggers love.

Read on to see Ruby's outfit in full, then check out the similar option Taylor wore.