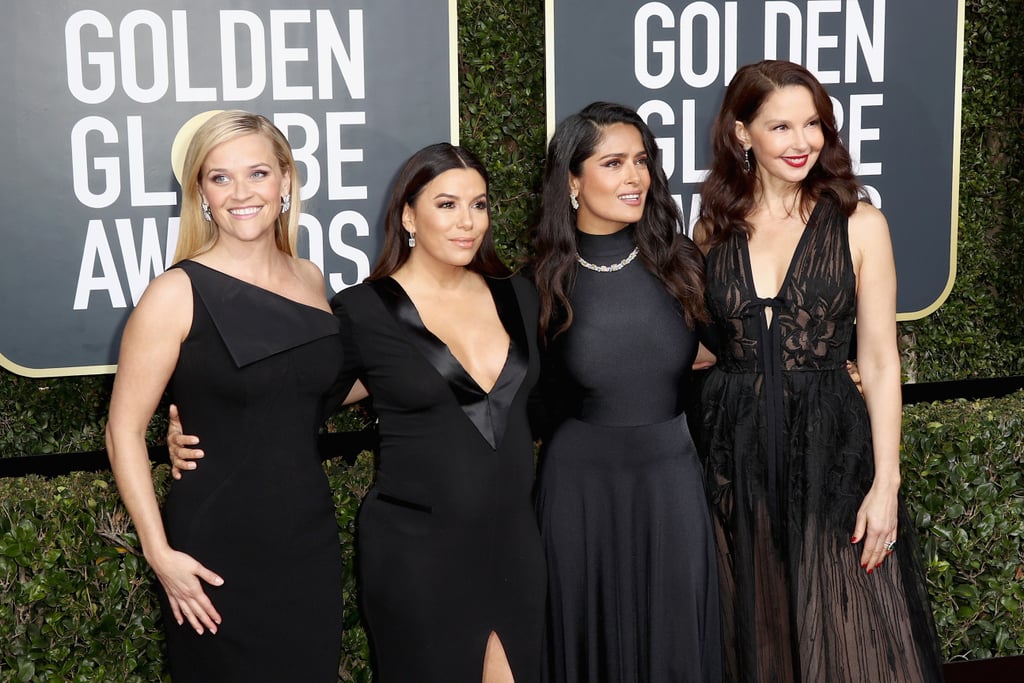 Heck Yes: Golden Globes Dresses Will Be Auctioned Off to Benefit the Time's Up Movement

Update: It looks like many of the all-black ensembles from the 2018 Golden Globes are being given a second life. A total of 39 gowns and tuxedos worn by actors that historic evening will be auctioned off to benefit the Time's Up Legal Defense Fund, which helps sexual harassment victims connect with legal and public relations assistance. The philanthropic auction is the result of a partnership between Time's Up, Condé Nast, and eBay, Vogue reports. From Jan. 19 at 9 a.m. ET until Jan. 26, eBay users can bid on Tracee Ellis Ross's Marc Jacobs dress and turban and Reese Witherspoon's Zac Posen gown, among other selected black outfits from the award show. You can check out the auction now at ebay.com/TimesUp. Happy bidding!

Original Story: The Golden Globes red carpet was a whole lot darker this year. Attendees — both men and women — ditched their colorful gowns and suits and wore all-black ensembles for the evening as a symbol of protest against sexual harassment in the industry.

The powerful, statement-making move comes after The New York Times released a detailed account of Harvey Weinstein's alleged acts of sexual assault and harassment. Since then, many more of Hollywood's leading ladies have spoken out about their similar encounters with the producer, and a handful of other men in the industry have been outed for their sexual misconduct.

This isn't the first time celebrities have used their red carpet getups as a vessel for standing up to injustice, as many attached blue ribbons to their outfits in support of the American Civil Liberties Union (ACLU). Read on for just a sampling of the dozens upon dozens of leading ladies who wore black for the patriarchy-smashing occasion, and then see our top picks for the sexiest dresses of the evening.