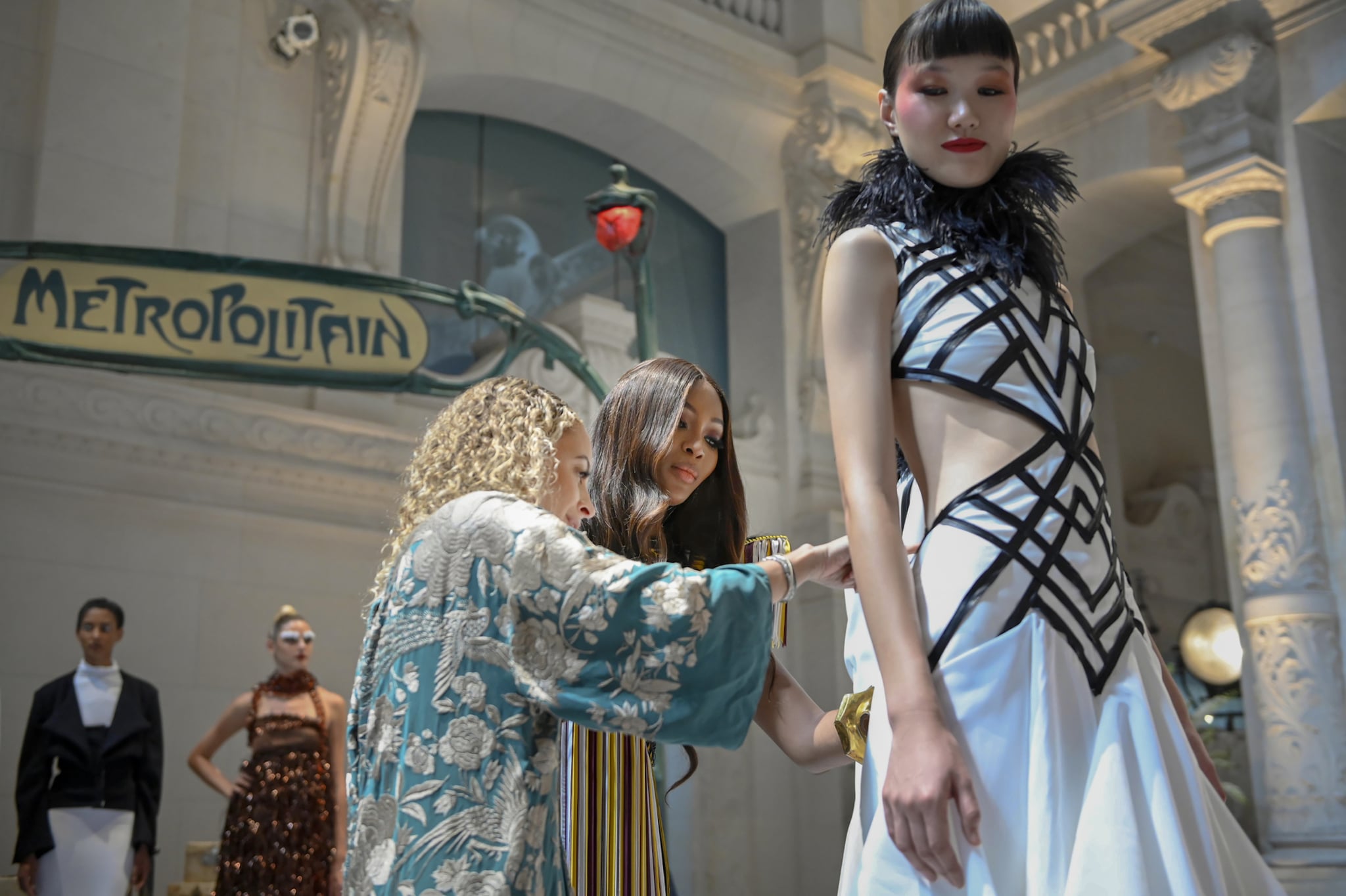 After an exciting first episode of Making the Cut, the designers are back with the challenge of creating haute couture looks in Paris. "One must be a couture-inspired, artistic showstopper," Heidi Klum says. "The second look should be a sellable interpretation of that look." The contestants take to the streets for inspiration and pick out luxe fabrics before heading back to the atelier to start creating masterpieces.

While some designers soar with the challenge, Martha Gottwald's lack of sewing experience causes her to fall behind and doubt herself. At one point, she even walks out of the atelier and states that she's done. Tim Gunn encourages her to come back and give it her best shot, which she agrees to do.

The day of the runway show arrives, and all the designers show their looks at the historic Musée Des Arts Décoratifs. Judges Naomi Campbell, Nicole Richie, fashion editor Carine Roitfeld, and designer Joseph Altuzarra join Klum again to examine the looks. Once back at the atelier, Martha is eliminated from the competition — her pinned-up accessible look is deemed unacceptable by the judges.

On an exciting note, Esther Perbandt wins her second challenge in a row with her powerful, monochromatic looks. We can't wait for more episodes to drop next week! Making the Cut — if you don't have a membership yet, you can get a free 30-day trial today.