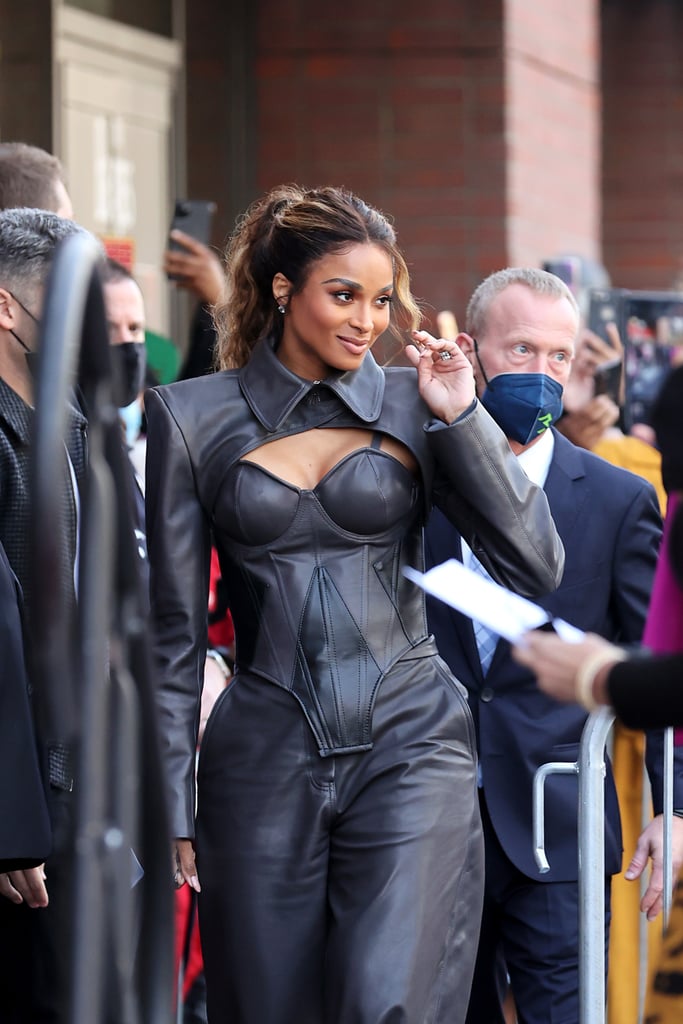 When you're honoring the timeless talent and style of Missy Elliott, you have no choice but to include some form of leather in your outfit. On Monday, Ciara celebrated the career of her "mentor and big sister" Missy as she received her Star on the Hollywood Walk of Fame, and there's no doubt that she understood the assignment. Styled by Kollin Carter, Ciara donned a custom leather jumpsuit by Baba Jagne that featured a sleek bustier top, an edgy collar with sleeves, and loose pants that had belts wrapped around each of her ankles. Missy has rocked many a leather ensemble throughout her career, and Ciara's take on her mentor's style is making us do a double take.

The two have collaborated on some of the most epic pump-up songs of the modern day, like "Lose Control" and "1, 2 Step," and Ciara did not hold back when honoring Missy at the ceremony. "She made it seem like anything was possible, and she still makes me feel that way today. She paved the way for me and so many others who followed. There is no one like Missy," she gushed.

Ahead, check out photos of Ciara honoring Missy at her Hollywood Walk of Fame Ceremony in an all-leather outfit, and see how Lizzo and Missy's longtime manager Mona Scott-Young also commemorated the superstar.

Related:
Ciara's Version of a Turtleneck? A Sexy, Rhinestone Gown With a Slit Up to Her Hip
Previous Next Start Slideshow
CiaraFall FashionAll AnglesMissy ElliottCelebrity FriendshipsSexyFall