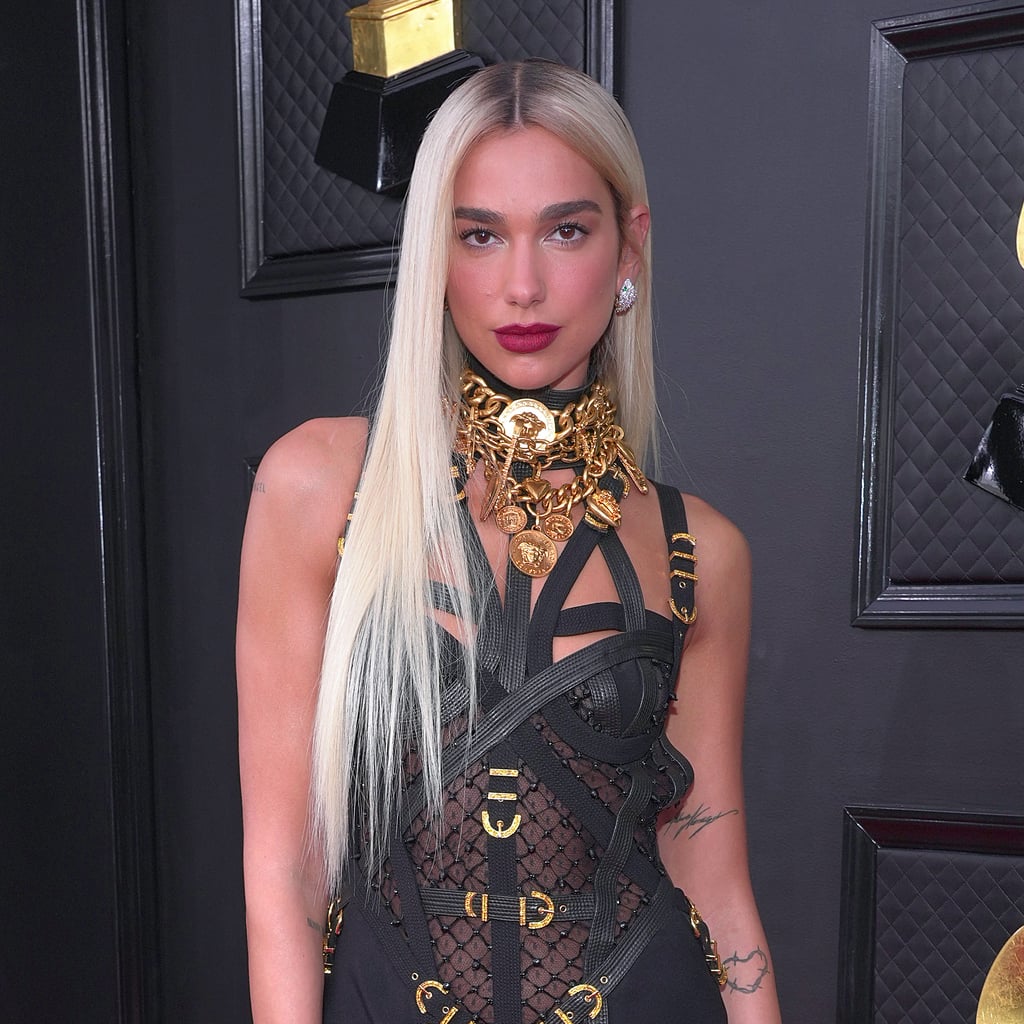 Dua Lipa is doubling down on the low-rise trend, wearing a pair of light-blue baggy jeans styled with a micro thong pulled up above her hips — so as to place firm focus on her G-string. Lipa, who showcased the look on Instagram Stories, styled her bottoms with a chunky dark-blue cable-knit sweater and a red Diesel purse. A red-and-brown New York Yankees baseball cap nicely complemented the bag, while a pair of rings, one orange and the other gold, added a subtle pop.

The laid-back outfit offered Lipa's take on the controversial "thong pants" trend, which involves a peek at your underwear thanks to a low-rise pant slung low around the hip. Lipa isn't one to shy away from controversial trends, instead bringing her own brand of signature cool to looks. Julia Fox is also a fan of the trend, as she was seen wearing it for a date night with then-boyfriend Kanye West.

As for more of Lipa's recent bold style moments, the star has been on a nostalgic fashion kick lately, bringing back sartorial ideas from the late '90s and early aughts in a decidedly modern way. She reintroduced Versace's iconic bondage gown from 1992 at the 2022 Grammys, chose catsuits as her uniform during her "Future Nostalgia" Tour, nailed the lingerie-as-outerwear trend for a Grammys afterparty, made a convincingly chic case for Loewe's viral rose-heeled sandals, and surprised fans with furry thigh-high platform boots on "The Tonight Show Starring Jimmy Fallon." There's no denying her willingness to experiment makes her a rising style icon to watch.

If you're looking to re-create Lipa's latest look, shop similar pieces ahead.

Michelle Obama
Michelle Obama Responds to "Horrifying" SCOTUS Decision: "It Must Be a Wake-Up Call"
by Yerin Kim 23 hours ago