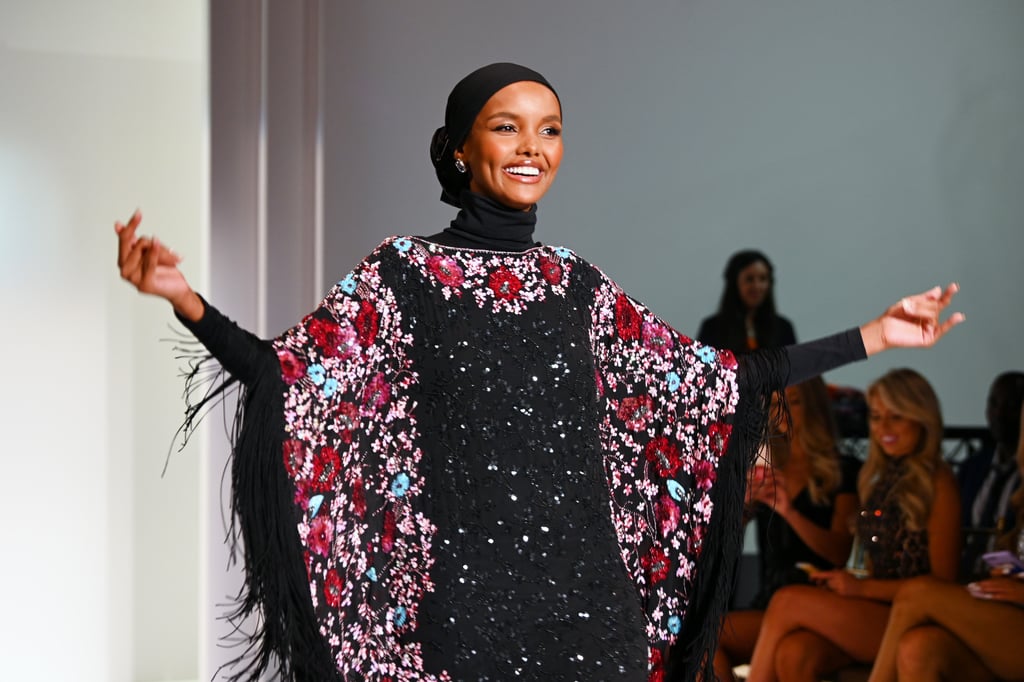 Halima Aden made a powerful statement about being in fashion and has decided to take a break, saying that the industry has forced her to compromise her religious beliefs. Halima made her New York Fashion Week debut in 2017, becoming the first Muslim hijab-wearing supermodel at just 19. Three years later, the 23-year-old Somali-American model is rethinking her role as a fashion model because of how her hijab was incorporated into photo shoots, campaigns for brands, and even runway shows. Halima shared a lengthy Instagram Stories post, writing an apology to her followers, especially Muslim women who have looked up to her as a role model.

"As I've said many times, being a minority inside of a minority is never easy. Being a Hijabi is truly a journey with lots of highs and lows, but with that being said, my hooyo macaan (mother) has been pleading with me for years to open my eyes," Halima said in her Stories. "Thanks to COVID and the break away from the industry, I have finally realized where I went wrong in my personal hijab journey. I wish I never stopped bringing my black hijab to set. Because the minute I got comfortable, let's just say I got too carried away."

"Not even for $10 million would I ever risk compromising my hijab ever again."

Halima continued, saying that she blames the industry's lack of diversity and wrote, "I can only blame myself for caring more about the opportunity than what was actually at stake. I blame myself for being naive and rebellious. What I do blame the industry for is the lack of Muslim women stylists."

In her IGS posts, which she even turned into a highlight, Halima shared a plethora of photos from campaigns and photo shoots she's been in where she wished she spoke out rather than compromising. One such example was her collaboration with American Eagle. "I used this to justify a LOT," Halima wrote over a photo of AE's denim hijab. "As if we ever needed these brands to represent Hijabis. THEY need US. Never the other way around. But I was just so desperate back then for any 'representation' that I lost touch with who I was."

Toward the end of her posts, Halima mentioned that she's "not rushing back to fashion" and said, "not even for $10 million would I ever risk compromising my hijab ever again . . . I'm guarding my hijab unlike EVER before." Since posting her story, models like Gigi and Bella Hadid, and even Rihanna, who Halima has modeled for, cheered her on and showed their support for her journey. Keep reading to see her Stories.

Florence Pugh
Florence Pugh Addresses Will Poulter Ibiza Photos: "[We] Are Not Dating"
by Eden Arielle Gordon 30 minutes ago

Celebrity Instagrams
Becca Tilley Gushes Over Hayley Kiyoko: "[She] Has Really Made Me Feel Brave"
by Eden Arielle Gordon 3 hours ago