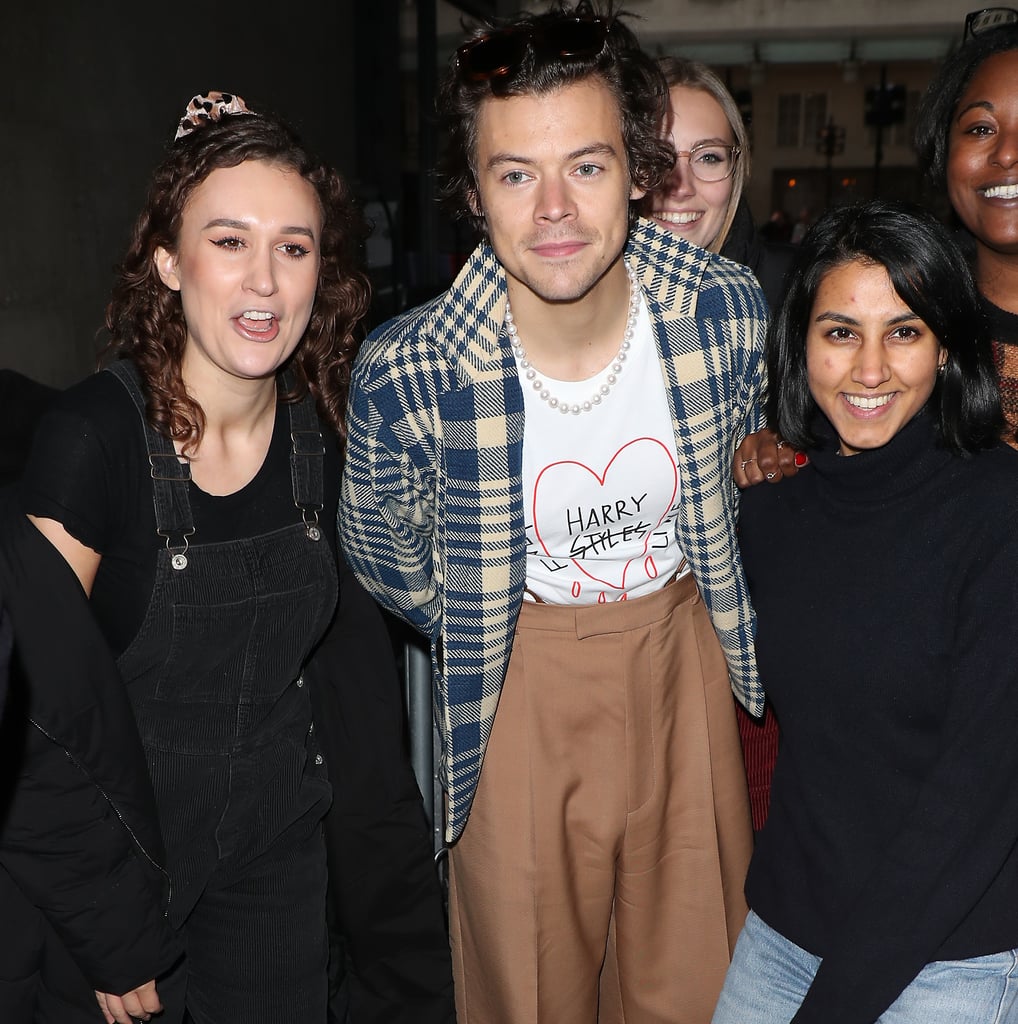 This Harry Styles T-Shirt Benefits Women, and I Have Permanent Heart Eyes

Harry Styles and Gucci designer Alessandro Michele collaborated on a $75 limited-edition t-shirt in the name of Harry's new album, Fine Line. It's not just cute, it doesn't just look cute on Harry, it also comes in an eco-conscious material and a portion of proceeds go to the Global Fund For Women, dedicated to promoting gender equality. Swoony, swoon, swoon.

When he stepped out in London, Harry tucked his own shirt into a pair of loose, coffee-colored trousers that skimmed the floor but still allowed us a peek at his bright white Vans. He covered up — but not too much of that graphic! — with a tweed plaid blazer, and he hung a strand of pearls around his neck, slipped on a bunch of rings, and topped things off with tortoise Gucci sunglasses. Harry greeted fans and took some selfies, and I hope they all took note of the top he was wearing.

Just so you're aware, if you are interested in buying the tee for a good cause, there are online brands already copying the logo, so make sure you're shopping it here, on Harry's site. Interested in the bonus? Good, we thought so. It also comes with a full digital download of Harry's record. Unfortunately, Harry is not included in the bundle, but man, the price we'd pay for that . . .

Jennifer Lopez
Jennifer Lopez Feels "Relaxed and Recharged" in This White Bikini, and It's What She Deserves
by Karenna Meredith 11 hours ago 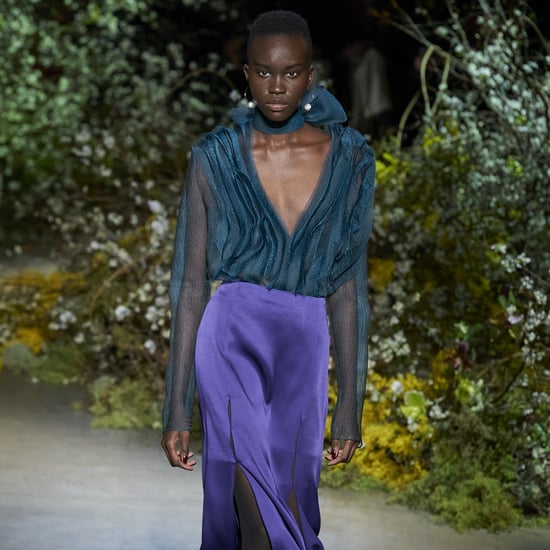 Fashion Designers
Fall 2020's Trend Report Is Here: This Is What You'll Be Wearing
by Sarah Wasilak 1 day ago