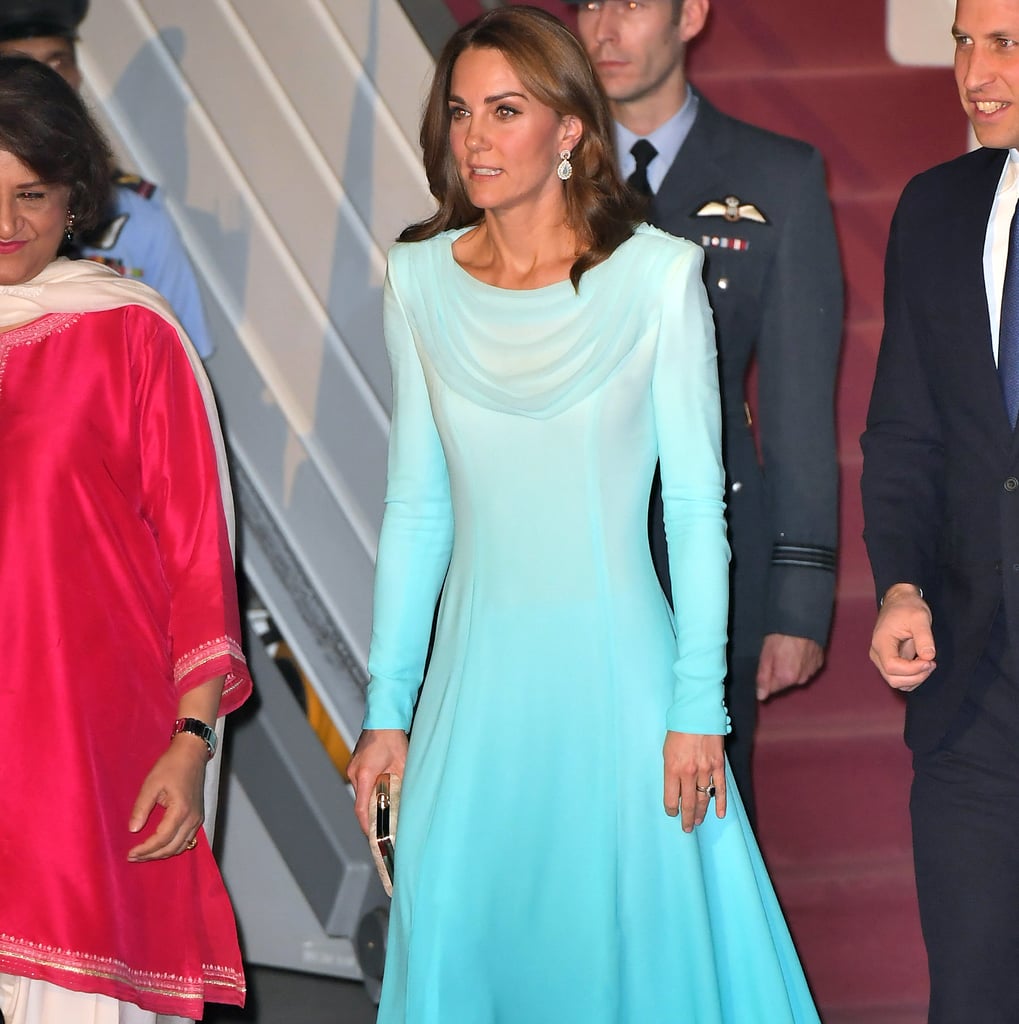 When Princess Diana visited Pakistan in 1996, she wore a lovely light blue Catherine Walker dress made of draped chiffon with buttons down the front and at the sleeves. Fast forward to Kate Middleton and Prince William's royal tour of Pakistan 23 years later, and Kate's outfit choice bears an uncanny resemblance. Kate also tapped Catherine Walker for her own design, which came complete with a pair of pants — as did Diana's — that are tapered at the bottom like a traditional shalwar kameez, which is typically worn by both women and men in the region.

Kate's elegant, electric blue design featured an ombré effect that definitely modernized it, and she finished the look with neutral Rupert Sanderson heels so as not to distract from the rest of her gorgeous outfit. Kate's affordable beaded earrings have a touch of turquoise, and they're by a Pakistan-based brand called Zeen. Kate also followed suit with her purse, a metallic-finish box clutch that retails for $29, also from Zeen. Scroll down for an all-angles view of Kate's magical moment and ode to her late mother-in-law, who wore her own look with flats and pearls for an appearance at the Shaukat Khanum Memorial Hospital in Lahore.