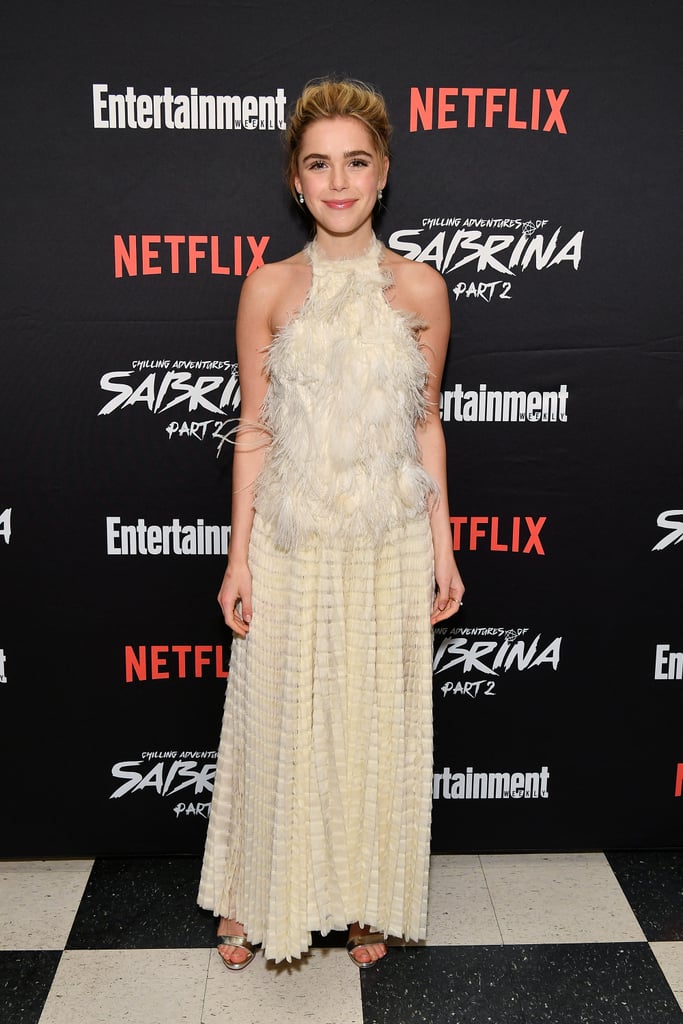 Kiernan Shipka's Fashion Sense Is So Good, It's Bound to Put a Spell on You

Kiernan Shipka has been taking Hollywood by storm since 2006, and on top of having seen her grow up right before our very eyes, we've also been able to see her style evolve through the years. Sure, the 19-year-old star's fashion sense has always been more than excellent — I mean, who could forget the gorgeous Delpozo ensemble she wore to the Critic's Choice Awards last year? But 2019 was, without a doubt, Kiernan's most stylish year yet.

On top of having helped make Fendi's iconic Baguette bag cool again, Kiernan put a spell on us thanks to her fun Instagram account, wore one of this year's best Summer party dresses, and starred in the most stunning campaign for Rodarte's Spring 2020 collection alongside other celebrities such as Lili Reinhart, Gabrielle Union, Kirsten Dunst, and January Jones.

But that's not all. The past few months have been busy for Kiernan, who seems to have been splitting her time between interviews for Netflix's Chilling Adventures of Sabrina, gorgeous red carpet appearances, and front row fun during Fashion Week. This year, her various ensembles have been giving off both playful and feminine vibes, and we simply can't get enough of them. Ahead, take a closer look at Kiernan's best 2019 looks, and trust us when we say that they're bewitchingly good.