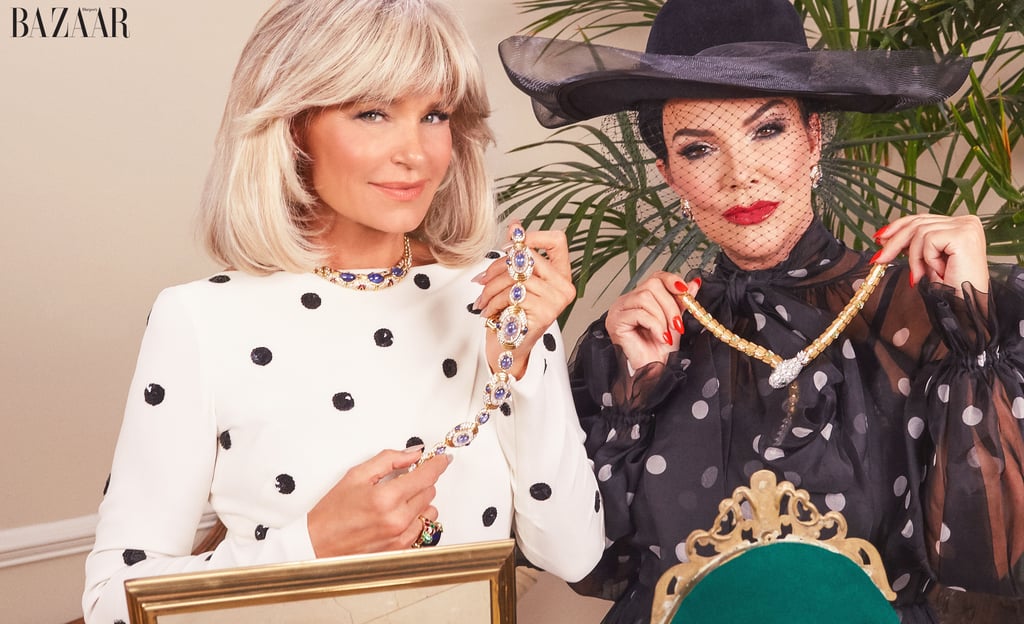 There's no doubt Kris Jenner and Yolanda Hadid have established modern-day dynasties, the kind that reign over social media like their kingdoms. Yolanda's daughters, Gigi and Bella Hadid, are among the most in-demand models of their generation, while Kris's children — well, you know. They're also all friends, too. "Kendall is really good friends with Gigi and Bella, so I've had Kris at my house, and she's been on vacation to Holland with us," Yolanda told Harper's Bazaar. She added, "There's a bond there between the families."

Thankfully, the concept was Joan-approved. "Of course, Joan Collins is really a total sweetheart," Kris said. "I just texted her. I was like, 'I'm dressed as you for a photo shoot.' And she said, 'Send me a pic ASAP!' So I did. She got a kick out of the fact that I was going to be her." Well, we sure got a kick out of it, too. See the delightfully over-the-top pictures ahead.

Celebrity Families
Nick Jonas and Priyanka Chopra Welcomed Their First Child: "We Are Overjoyed"
by Kate Schweitzer 5 hours ago

Nostalgia
Phat Tuesdays: Look Back at the Black Comedy Renaissance of the '90s
by Chanel Vargas 23 hours ago

Rihanna
If Anyone Has the Power to Bring Back MySpace-Era Hair Trends, It’s Rihanna
by Kelsey Garcia 2 days ago