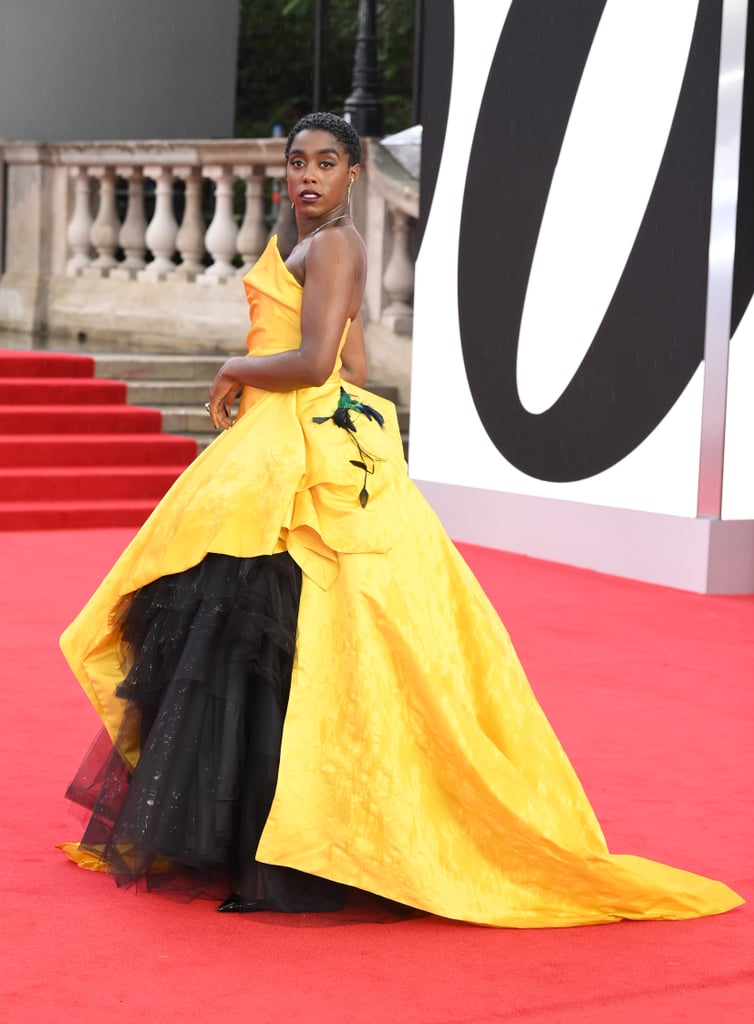 Lashana Lynch is the first woman actor to play a 007 agent in the James Bond series. To celebrate this milestone, Lynch wore a custom Vivienne Westwood gown to the No Time to Die premiere at London's Royal Albert Hall on Tuesday, Sept. 28, that honored her and the Bond series' ancestral home — Jamaica.

Lynch wore a yellow Vivienne Westwood gown with a black tulle petticoat. The gown featured an embroidered hummingbird on the bustle, which is called a "doctor bird" in Jamaica and is the national bird of the island. Lynch's stylist Karla Welch shared on Instagram that her client was "Representing her ancestors and the birthplace of Bond with the National bird of Jamaica, the hummingbird, on her custom @viviennewestwood gown." Lynch completed the look with an emerald choker, an emerald and black-diamond two-finger ring, and emerald Whip earrings by Ara Vartanian, with a single Quill earring by British jeweler Shaun Leane. The yellow, black, and green palette of Lynch's outfit is also an homage to the colors of the Jamaican flag.

by Kate Schweitzer 33 minutes ago