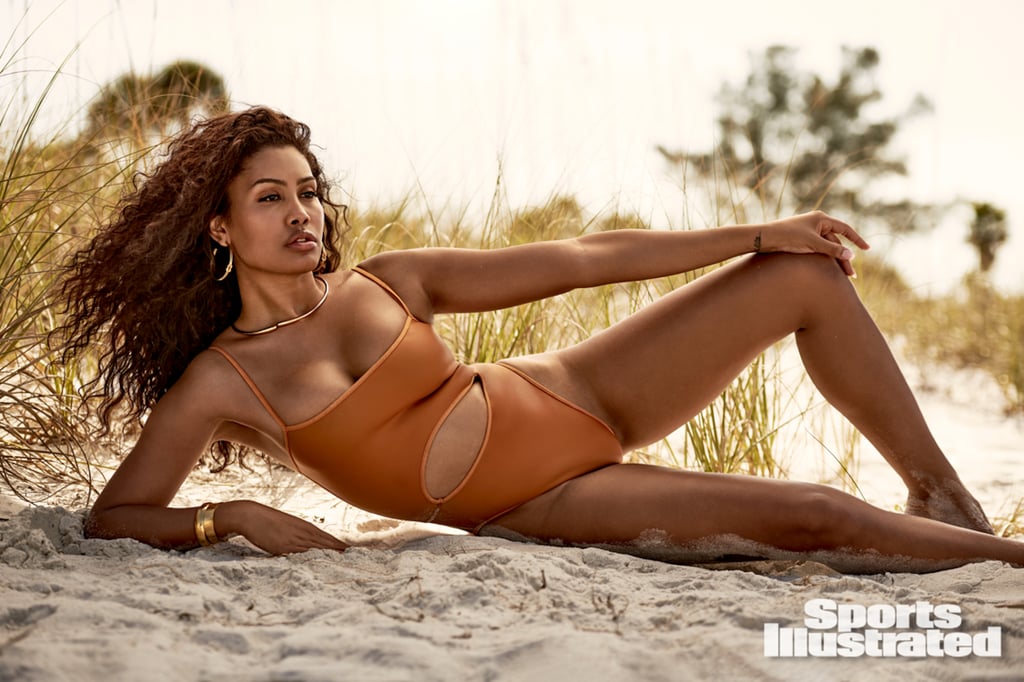 Get to Know Leyna Bloom, the First Transgender Woman of Color to Grace the SI Swim Issue

Leyna Bloom is taking the modeling world by storm, one history-making, barrier-shattering catwalk and magazine spread at a time. The latest accomplishment on her already-extensive résumé? Becoming the first transgender woman of color to grace Sports Illustrated's Swimsuit Issue, which will hit stands on July 20. The Chicago native was just named one of the publication's "rookies" for 2021, joining Natalie Mariduena, Maggie Rawlins, Tanaye White, and Kathy Jacobs and following in the footsteps of Valentina Sampaio, who became the first transgender model to ever grace the pages of Sports Illustrated last summer.

So what are some of those other accomplishments on Leyna's aforementioned jam-packed résumé? We're glad you asked, dear reader. Back in 2017, she made headlines as one of the few openly transgender models to walk during New York Fashion Week, and the very next month, she appeared in Vogue India, smashing similar barriers. Since then, Leyna's also been named one of the "six women who are shaping the future of fashion" by Glamour, she was cast in the H&M x Moschino campaign, and she held a leading role in a movie that debuted at the 2019 Cannes Film Festival. Whew, we told you she was booked and busy!

"Her story represents one grounded in resilience."

For her Sports Illustrated shoot, Leyna was photographed on a beach in Tampa, FL, wearing a variety of swimsuits, but in the first sneak-peek image we've received, she's rocking an orange cutout one-piece by luxury swimwear brand Dos Gardenias. While sharing the news of Leyna's inclusion in the magazine, Sports Illustrated Swim Editor in Chief MJ Day wrote, "Her story represents one grounded in resilience and we couldn't be more thrilled to help her tell it . . . She represents every person's right to love themselves and be who they want to be." Meanwhile, Leyna echoed similar sentiments in her own Instagram post, writing, "This moment is bigger than my wildest infinite dreams. In this moment, I am a representation of all the communities I grew from, and all the communities I'm planting seeds in."

Watch the video ahead to see the other chic suits Leyna wore for her photo shoot, then keep reading to admire more stunning photos of her IRL.