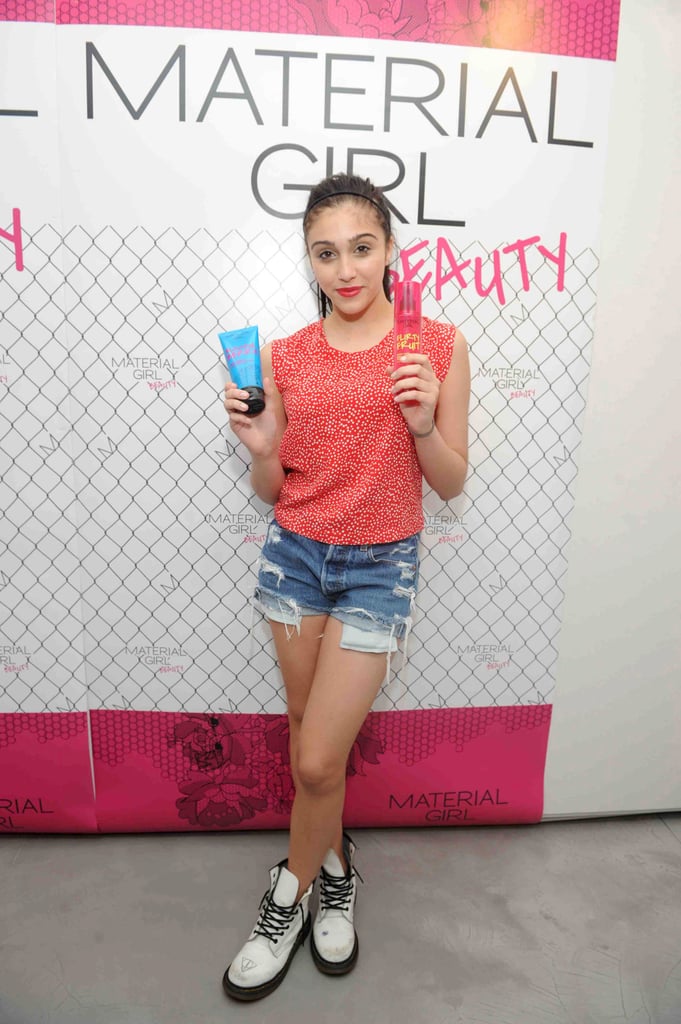 I've Been Wearing Lourdes Leon's Material Girl Brand Since Middle School, and You Know What? It's Still Cool

Once a material girl, now a material woman. Lourdes Leon, impossibly cool 20-something and daughter of Madonna, is the style icon that 2021 needs and deserves. But if you think about it, she's been at the forefront of the fashion industry for over a decade now. Let's take a quick walk down memory lane, shall we? For the uninitiated, Leon first got her start as a fashion designer at the ripe young age of 14. Of course, it helps to be the daughter of perhaps the most iconic pop singer in history, but I digress.

Before Leon became the face of Marc Jacobs and a muse to Stella McCartney, she was toiling behind the scenes, launching the short-lived fashion line Material Girl — a mom/daughter collaboration for Macy's — and middle schoolers like myself were completely and totally obsessed.

Material Girl had mass early aughts appeal. Not only did the label bring punk sensibilities to suburban tweens, it pushed them to expand their fashion sense. From formfitting bodycon dresses to oversize plaid flannels paired with miniskirts, Material Girl did it all and simultaneously inspired those who wore it to pursue a career in design like young Leon. And because what's old is often new again, I'll be the first to admit that these pieces are still in heavy rotation years later.

The line was so relatable, in fact, that Leon and Madonna teamed up to conduct a model search for "the ultimate Material Girl" in 2011. Who is she, you ask? Well, as Madonna described to Rolling Stone, the gal in question "likes to shop but also cares about feelings." Yup, sign 16-year-old me up. Hell, sign 26-year-old me up.

If Leon's humble Instagram account is any indication, the star quality gene was certainly passed down to the next generation. Ripped tights and combat boots have given way to trendy track pants, bustier tops, and layered gold chains, cementing her place among the fashion elite. With a knack for making casual chic look just the right amount of edgy, Leon's sartorial eye can be admired by both teens and adults alike.