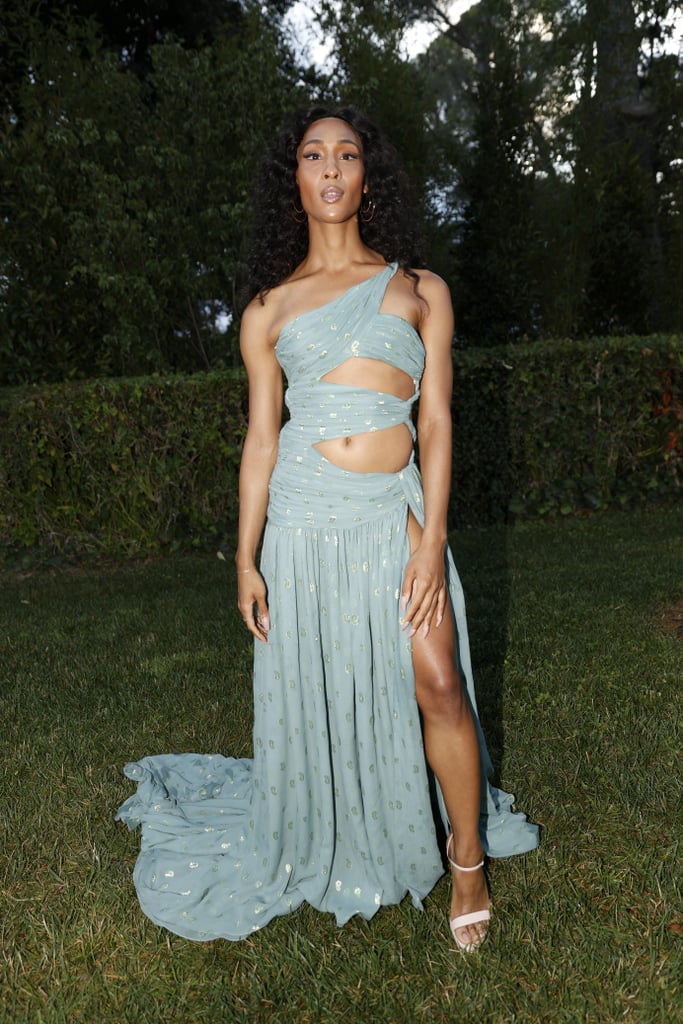 Mj Rodriguez made an unforgettable impression on the Cannes Film Festival scene this year. Days after walking the red carpet in a breathtaking backless gown, the Emmy-nominated Pose actress made an appearance at the annual amfAR Gala wearing another gorgeous Etro piece. The seafoam-green gown wrapped around Mj in all the right ways, striking the perfect sexy-chic balance.

Mj's one-shoulder dress featured several cutouts along her midriff and a high slit at the leg, giving her a goddess-like appearance as the fabric floated behind when she strolled around. She kept her accessories minimal and stuck to neutral tones for her shoes and makeup. Let the dress do the talking! It's a conversation piece. We're gearing up to see more red carpet looks from Mj during award season, and if her looks are anything like this one, we'll be thrilled. See more photos from her night at the amfAR event ahead.