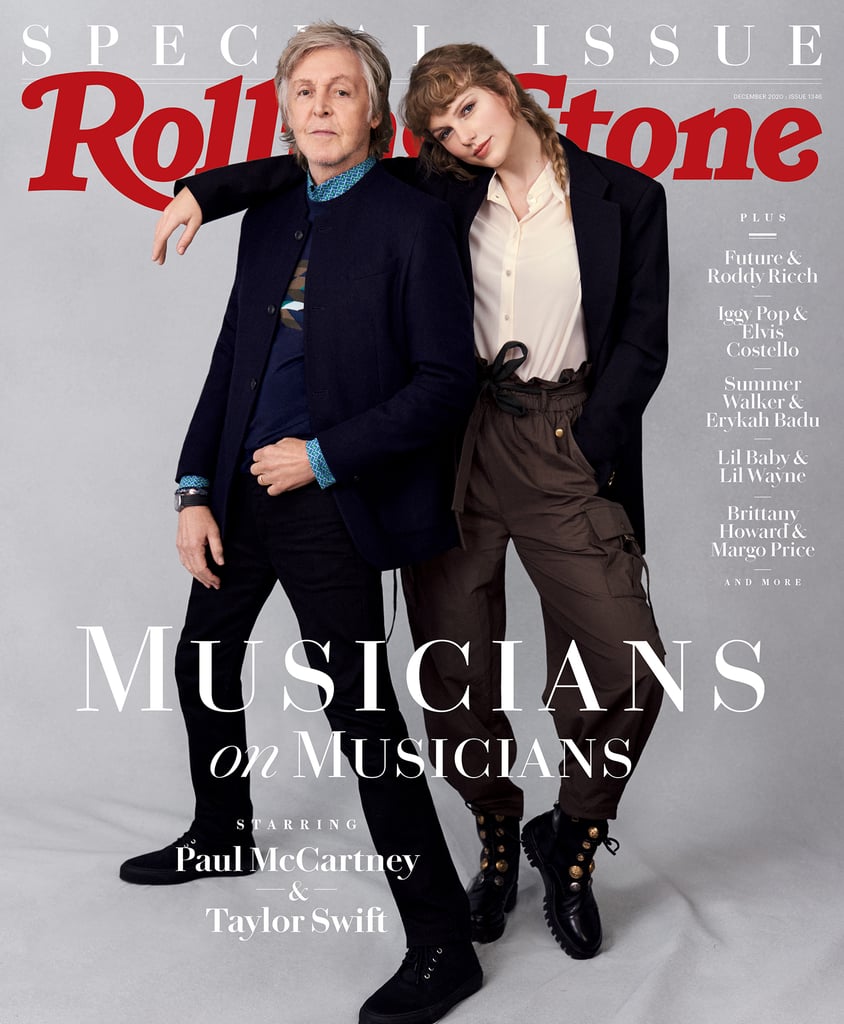 What do you wear when you're Taylor Swift and you're interviewing the legendary musician Paul McCartney? An outfit designed by his daughter, Stella McCartney, of course. The pop star interviewed Paul for Rolling Stone's Musicians on Musicians special issue. On the cover of the magazine, Taylor wore a beige button-down top and black tailored jacket designed by Paul's daughter Stella McCartney. How cute is that? She styled the pieces with a pair of paper-bag waist pants by Ulla Johnson that had drawstrings. To complete her outfit, she accessorized with chunky black combat boots by Dolce & Gabbana that featured shiny gold shoe buttons.

That isn't the first time Taylor has supported Stella. In fact, she even created a collection with the designer the designer in the past. While posing on a couch with Paul, the singer wore a black ribbed top by Reformation paired with a chic skirt by Stella as well. She even threw on a cozy sweater by the designer during the shoot, and we love how much Taylor decided to support the McCartney family! Fun fact: Paul's daughter Mary McCartney shot the images for the cover story. Keep reading to check out the gorgeous imagery from the special Rolling Stone issue, which comes out on Dec. 1, ahead.