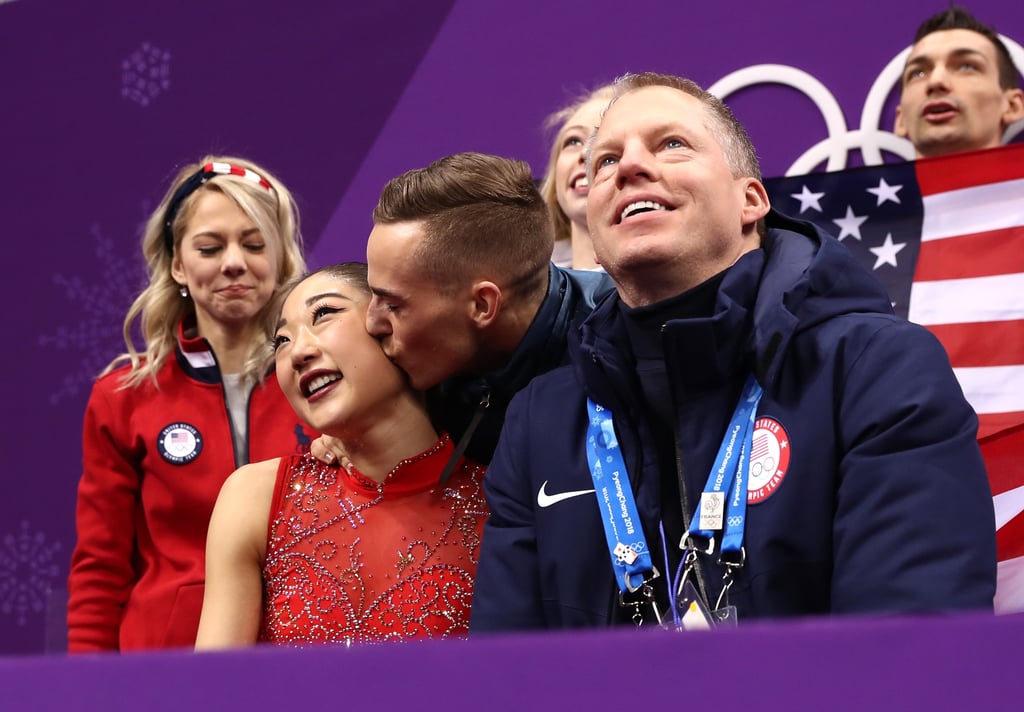 Every great friendship story begins with In-N-Out. Before Adam Rippon and Mirai Nagasu were celebrating Team USA's bronze medal for figure skating at the 2018 Winter Olympics, they were bonding over burgers and the disappointment they shared after not competing in Sochi, Russia. The two names have inundated headlines and our hearts since coverage of the games in Pyeongchang, South Korea, began, but there are few people more proud of Adam and Mirai than they are of each other.

Related:
This Openly Gay Olympic Figure Skater Is About to Make History — in More Ways Than 1

Mirai made history when she became the first American woman to land a triple axel at the Olympics, and Adam is not holding back about their journey. After his free skate performance, Adam sat down for an interview with NBC to gush over his incredible friend Mirai and those juicy rooftop burgers.

"You know, especially tonight, my friend Mirai and I, four years ago we got In-N-Out, we went back to her house, we climbed up to the roof of her house and we were eating In-N-Out because we were so upset that we weren't at the Olympic games," he told Mike Tirico. "The Olympics are truly magical because we came out here tonight and we're roommates here. We gave each other a hug and I said, 'You know, Mirai, we're here! We did it!'"

Four years ago, Adam Rippon and Mirai Nagasu were eating hamburgers on a rooftop after missing the #WinterOlympics.

"Did it" is an understatement. If Olympic friendships were a competition, Adam and Mirai would win gold. Read on to see photos of the dynamic duo together at the Olympics and more photos throughout their decade-long friendship.

Gymnastics
Laurie Hernandez Blows Us All Away With a Hamilton Floor Routine After a 4.5-Year Hiatus
by Karenna Meredith 1 day ago

Sports
These Black Softball Players Are Done With Stereotypes, Microaggressions, and Being Ignored
by Maggie Ryan 3 days ago

Healthy Living
With 6 Months Until the Paralympic Games, These Are the Athletes We Are Excited to Watch
by Christina Stiehl 4 days ago