Apparently there's a memo going around that to be a woman is to be curvy.

"It's all about that bass — no treble," sings Meghan Trainor, which means a woman like myself (large chested but tiny in structure and straight in the hips with a tiny butt) is out of fashion. 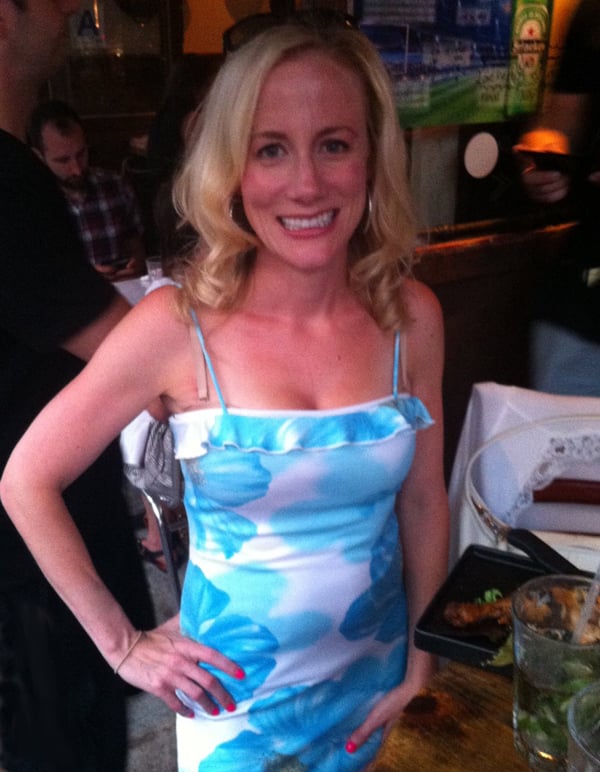 Meme after meme shouts at me: real women have curves! My friends gleefully post this alongside other curvy and full-figured body-positive posts. I am happy to see my friends happy with their bodies and I agree that the media has delighted in the rail-thin look made so popular by heroin-chic fashion in the grungy '90s, but at the same time I want to shout:

"I am a real woman damn it! And I don't look like an hourglass!"

In fact, if I didn't have a chest, I would probably wear clothes strictly from the kids' department, but does this mean I am a fake woman? Like some human female version of Pinocchio?

The female body has evolved over the years. The Italian Renaissance called for the Rubenesque look, or a full-figured body. The androgynous look of the '20s. Heroin chic of the '90s. The big booty of the millennium. What's considered "ideal" for the female figure changes through the years, but what doesn't change is the fact that not every woman will always fit in the ideal type! There is no one female body shape that is timeless according to societal standards. So with that said, NONE of us are real women or NONE of us have been considered a "real woman" at some point in our lives. Quite frankly, I am tired of it.

Why should I be considered not a woman because my hips never have and never will be large? Why is being thin bad for that matter, as long as one is naturally thin and not by starvation? There's no need to bash skinny women in an effort to trump the full-figured look. In fact, that's the same backwards notion that also says that full-figured women aren't sexy. Or in other words, to shame one of us is to shame all of us.

I am a real woman in every sense of the definition. Chromosomally. Physically. Sexually. I identify as female. I menstruate. I made a baby. I have a womb. Two X chromosomes. What else do I have to prove simply because I was made narrow hipped and tiny waisted?

The Sir Mix-A-Lots of the world will never find me sexy, unless he's also secretly a "big breast" man, and I can never compare to the women Italian artists painted throughout the Renaissance, but still, I have my own unique sex appeal.

What incenses me more is when men deem to add their two cents on what is womanly and what is not. I have male friends posting images of extremely curvy women versus very slender women stating, "Since when did skinny become sexy?" Essentially they're saying, the curvy look is THE ideal female body type and everyone else falls short. Who are they to decide what categorizes someone as female or as sexy? Since when were they the experts on womanhood? When a man stands up and shouts — "Now that is a woman — that's a womanly shape I like!" — this man is really stating his own unique sexual preferences. What appeals to his eye. So when we as women engage in dialogue like "Real women have curves" to some extent we are not only agreeing with men on what is sexy but we are also giving permission for men to decide solely and in itself what is sexy, feminine and exciting. What is desirable. What it means to be a woman. It puts our body on a "market" of sorts and places us metaphorically on the wall for people to decide whether we are desirable or not. Screw that

To me, real women are a multitude of shapes, lines, and angles. No two women look identical and in all women there is something beautiful to appreciate visually and spiritually — even the skinniest ones out there. Joining in on the "All skinny women are unnatural and unwomanly" argument is damning to all women and untrue. If God didn't want any females to be thin, he would have made us all like the female ideal from a Victorian painting, but he didn't.

So whether you've got junk in the trunk or are flat in the rear, go with who you are and what you have. No one gets to decide if you are womanly, sexy, or worthy besides yourself. And if you're like me and rocking the petite route remember: if people make fun of your weight just laugh in their face as you dig into a bowl of ice cream. Comments bashing any one female or person's weight, whether thin or obese, has a lot to do with the basher's self-esteem and nothing to do with who you are as a person. Own who you are and work it, girl!