When you think of using cannabidiol (CBD) oil, you might think of overeating and potentially gaining weight, since many confuse the derivative with its source: hemp or marijuana. But it's possible that CBD oil may be helpful when it comes to weight management.

Is There Any Evidence Linking CBD to Weight Loss?

One study conducted by researchers at the University of Nebraska College of Medicine in Omaha, NE, and published in 2013 by the American Journal of Medicine found that use of marijuana (or cannabis) was associated with smaller waist circumference.

That study included 4,657 adult men and women who reported using marijuana currently or in the past, and it's relevant since marijuana contains CBD. However, Dr. Patel said she has only seen weight management benefits in her CBD patients as a side effect while treating other conditions.

"I've treated patients with CBD oil who have had almost debilitating pain, excessive tiredness from insomnia and anxiety that caused things like nervous eating," she said. "Once these symptoms are better managed, people are better able to take care of themselves, make healthier food choices, exercise more, and live a better quality of life."

Dr. Patel said animal studies have also shown an increase in metabolism linked to CBD consumption, but clinically, she hasn't seen that in her practice.

Related:
I Took CBD Oil For the First Time, and It Had 3 Surprising Effects on My Body

Dr. Verbora, who has been working in the medical cannabis space for four years, also referenced animal studies. In those studies, CBD has been shown to stimulate genes and proteins that enhance the breakdown and oxidation of fat, increase the number and activity of mitochondria (which increases the body's ability to burn calories), and decrease fat cell generation. However, "There is no evidence to show that using CBD will cause weight loss in humans," he said.

While Dr. Verbora hasn't prescribed CBD for weight management, he has also seen it as a side effect of treating chronic pain in some patients. He noted an overall ability to increase activity levels could have been responsible for that weight loss.

Are There Any Concerns About Weight Gain?

Dr. Patel pointed out that the common notion that marijuana itself stimulates appetite has likely come from people purchasing marijuana with high levels of tetrahydrocannabinol (THC) off the black market for the purposes of getting high. In Dr. Patel's experience with her patients, use of CBD oil, as derived from marijuana or hemp, did not coincide with an increase in appetite. (CBD contains very low levels of THC.)

Dr. Verbora noted that while it won't hurt you, more studies are needed before CBD can be used for weight management. "It's not recommended given it's still unknown and can be expensive," he said. "While CBD is safe and doesn't cause harm, it could just be an expensive oil that doesn't help in the case of weight management."

Image Source: Unsplash / Tiara Leitzman
Any cannabis products referenced above are not intended to diagnose, treat, cure, or prevent any disease. The writer is not a medical doctor, and their experience is based on personal use, the results of which may not be typical or intended. The legality of cannabis products varies by state, and readers are encouraged to check their local laws before purchasing and using cannabis products. Nothing in this article should be construed as advice regarding the legal status of cannabis products. Any views expressed in this article by a third-party sponsor are those of such sponsor, and do not necessarily represent the views of POPSUGAR.
Weight LossCBDMarijuana 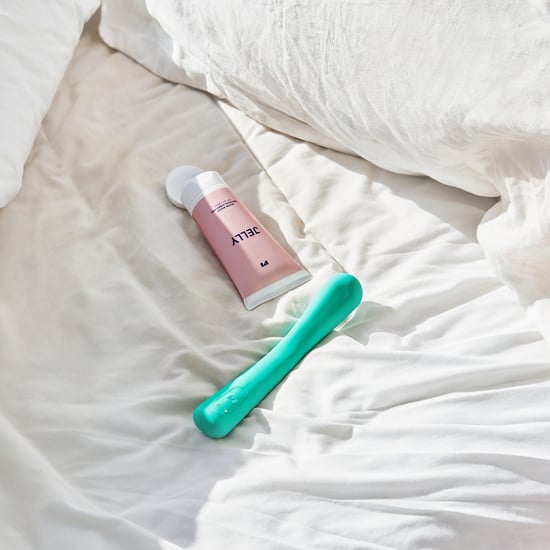 Healthy Living
What Are the Benefits of Using CBD Lubricant? We Asked a Sex Therapist
by Victoria Moorhouse 2/25