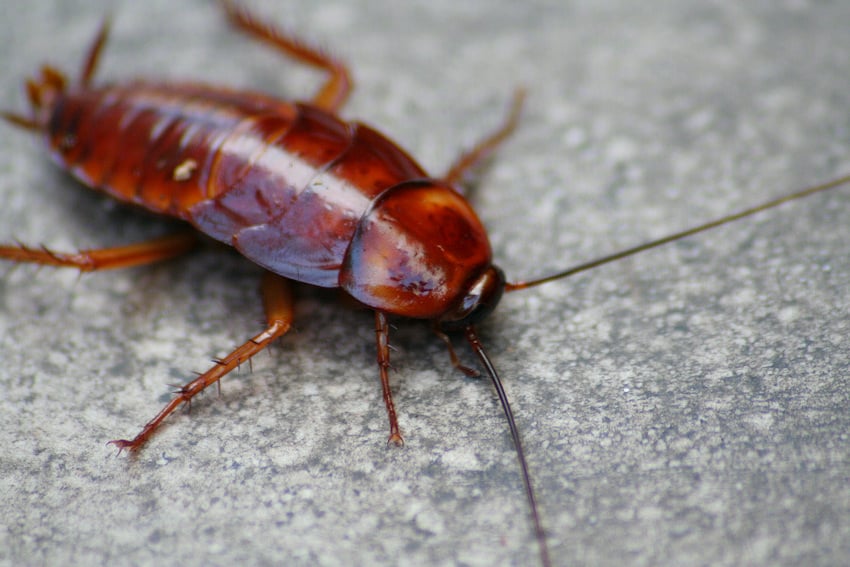 As more and more people eschew dairy milk, they are turning to other milk alternatives: soy, almond, cashew, oat, and pea come to mind. But there's another protein-packed, dairy-free milk that could be taking over: cockroach milk.

That's right, the pesky insect that you'd rather not see in your home, let alone on your kitchen table, could be the next superfood. Research published in the Journal of the International Union of Crystallography stated that milk from the Pacific beetle cockroach has lots of nutritional benefits.

Related:
These Are the 15 Superfoods Your Kitchen Needs This Year

The milk is made from postnatal crystals that are used as food for cockroach infants. The researchers stated in the published report that one single crystal "is estimated to contain more than three times the energy of an equivalent mass of dairy milk." And one of the main researchers told the Times of India that the crystals are a complete food and have proteins, fats, and sugars. They also have all essential amino acids, making it a complete protein.

However, it takes a lot of the insect to make just one glass of cockroach milk, according to The Independent. Plus, the cockroaches die during the process of extracting the fluid. But it is a cheaper and more environmentally sustainable option than cow's milk; dairy accounts for 19 percent of the global water footprint related to animal agriculture, and in 2011, methane from livestock accounted for 39 percent of all greenhouse gas emissions from agriculture.

If drinking milk from cockroaches doesn't sound appetizing, don't worry — it's totally unnecessary. You can get all essential amino acids from other sources, such as animal proteins, eggs, and seafood. If you're vegan, there are other ways to get complete proteins into your diet. Plus, the fat and carbs found in cockroach milk are also available in plenty of other foods. Just don't be surprised if you see cockroach milk joining the ranks of cricket flour as a new insect-based superfood.

Healthy Living
Probiotics Can Do a Lot For Your Health, but Preventing UTIs Might Not Be One of Them
by Victoria Moorhouse 15 hours ago