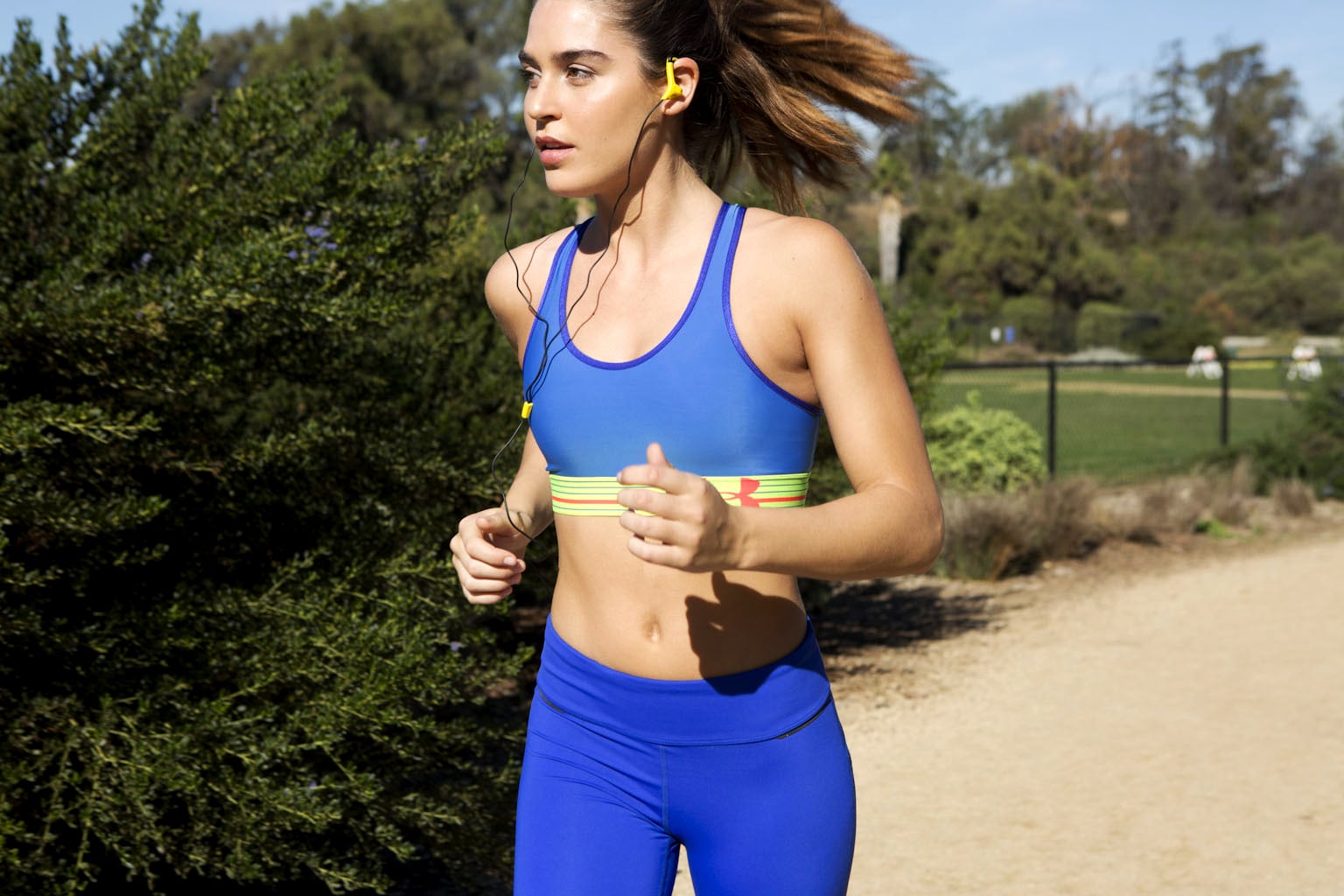 I'm not kidding when I say I've tried everything in an attempt to actually enjoy running: outdoor runs, indoor runs, interval training, treadmills, running on grass, sand, and asphalt. I've created custom running playlists to keep myself pumped up, woken up for morning jogs, stayed up for nighttime runs, run with my dog, friends, and boyfriend. I even bought myself a few cute running outfits in hopes that a boost of retail-fueled confidence would help me enjoy my jogs! Not a single one of these things worked for me. That is, until recently. Despite all of my intentional experimentation, I finally learned to love running by accident.

Despite all of my intentional experimentation, I finally learned to love running by accident.

Don't even bother asking why I'm so set on running as my ideal form of exercise, because I'm not totally sure I could tell you. I've done my fair share of fun classes — I've done so much SoulCycle that I've developed a twitch every time I hear the phrase "tap it back" — and have seen results from weight training, but somehow running has always been my goal.

I'm always impressed by friends who manage to go for jogs even while on vacation, and would kill for the abs of an Olympic sprinter. It's also appealing that you can run anywhere in the world without much equipment, and don't need a gym membership. Plus, running is a great way to explore a new city, giving a view of neighborhoods that you can't experience from the car.

How I Learned to Love My Runs

I'm convinced that some people don't experience the ever-elusive "runner's high." I've been seeking it for nearly a decade, trying every trick in the book in hopes of finally hitting my stride (literally and figuratively) in the running world. Even after all these years, my mid-jog brain is filled with: "God, am I done yet? Why why why am I out here doing this? Who invented running, anyway? I'd like to fight that punk."

That is, my brain used to be filled with those thoughts, until the fateful day that I accidentally opened the Audible app on my phone instead of booting up Spotify for my run.

I decided to roll with it, and set out for my run listening to George R. R. Martin's A Storm of Swords instead of my usual high-energy playlist. My mind carried away into the world of Westeros instead of focusing on my run. Imagine my surprise when I glanced at my watch/fitness tracker a while later and realized I'd run four miles without hating my life once!

Related:
9 Audiobooks to Listen To on Your Next Long Roadtrip

Discovering audiobooks as an exercise tool has been a complete game-changer for my fitness regimen. I actually look forward to my runs now, because I know I'll get to dive into a new book while training my body. I've listened to hundreds of hours of mysteries, fantasy novels, and bestsellers — my (virtual) bookshelf is getting toned alongside my physique.

Aside from the distraction factor, audiobooks also allow runners to hear their own breathing; this has helped me train myself to sound a little less "half-dead Leonardo DiCaprio dragging himself through the mountains in The Revenant" and a bit more like a reasonably fit young runner.

If you're in the same boat I was and just haven't learned to love running, I can't recommend audiobooks enough. Both Audible and Audiobooks.com offer free trials and $15 monthly subscriptions, so why not give running to the sound of books a shot? You've got nothing to lose and everything to gain.

Instagram
Ready to Sweat? These 3 New Instagram Live Workouts Will Get Your Heart Pumping
by Maggie Ryan 1 day ago

Workouts
What Happens If an Athlete Gets COVID at the Olympics? We Have the Answers
by Jenny Sugar 9 hours ago

Workouts
Are Crunches Straining Your Neck? Try One of These Ab Workouts Instead
by Emily Weaver 6 days ago