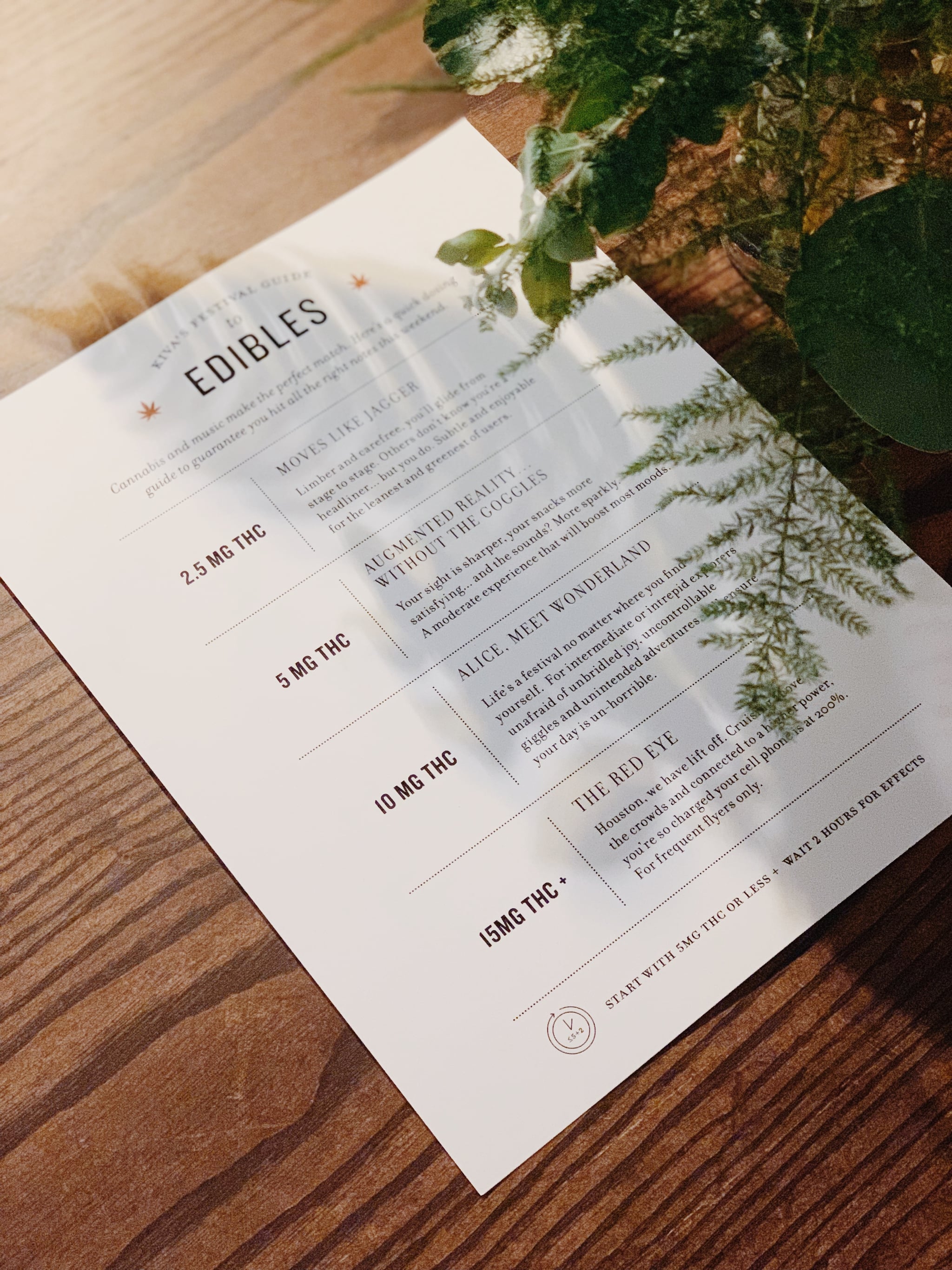 Edibles haven't exactly gotten the best rap. You likely know at least one person who's had a less-than-positive experience with cannabis treats (and if you don't know that person, perhaps you are that person). As someone who smokes weed regularly but is relatively new to edibles, I admit that I've been scared off by stories of crying uncontrollably, passing out during parties, and as one friend recently revealed, "curling up in the fetal position under a table." I've done all of that while perfectly sober; why waste a brownie? Lucky for me, edible brand Kiva Confections, based in Oakland, CA, is aiming to change the narrative, and it all starts with some simple education.

Related:
4 Cannabis Products That Can Help Manage Your Stress

As it turns out, a good number of edible nightmares can be avoided by doing just two things. "Starting with the right dosage of THC or CBD" is one of the keys to experimenting with edibles, Kiva cofounder Kristi Knoblich Palmer told me at San Francisco's Outside Lands festival on Aug. 10. The company was founded in 2010 by Kristi and her husband, Scott Palmer. They cook up discreet artisanal cannabis treats (like gummies, chocolate bars, and mints) in a range of yummy flavors and potency levels between 2.5 milligrams to 10 milligrams per serving. Kiva suggests that those new to edibles start with 5 milligrams or less — and because their products come microdosed, it gives consumers more freedom to build a nice buzz at their own pace. The brand exhibited their treats in a stunning confectionary booth throughout the three-day music festival, where I learned that the other important factor to a pleasurable edible experience is a concept called "having patience." 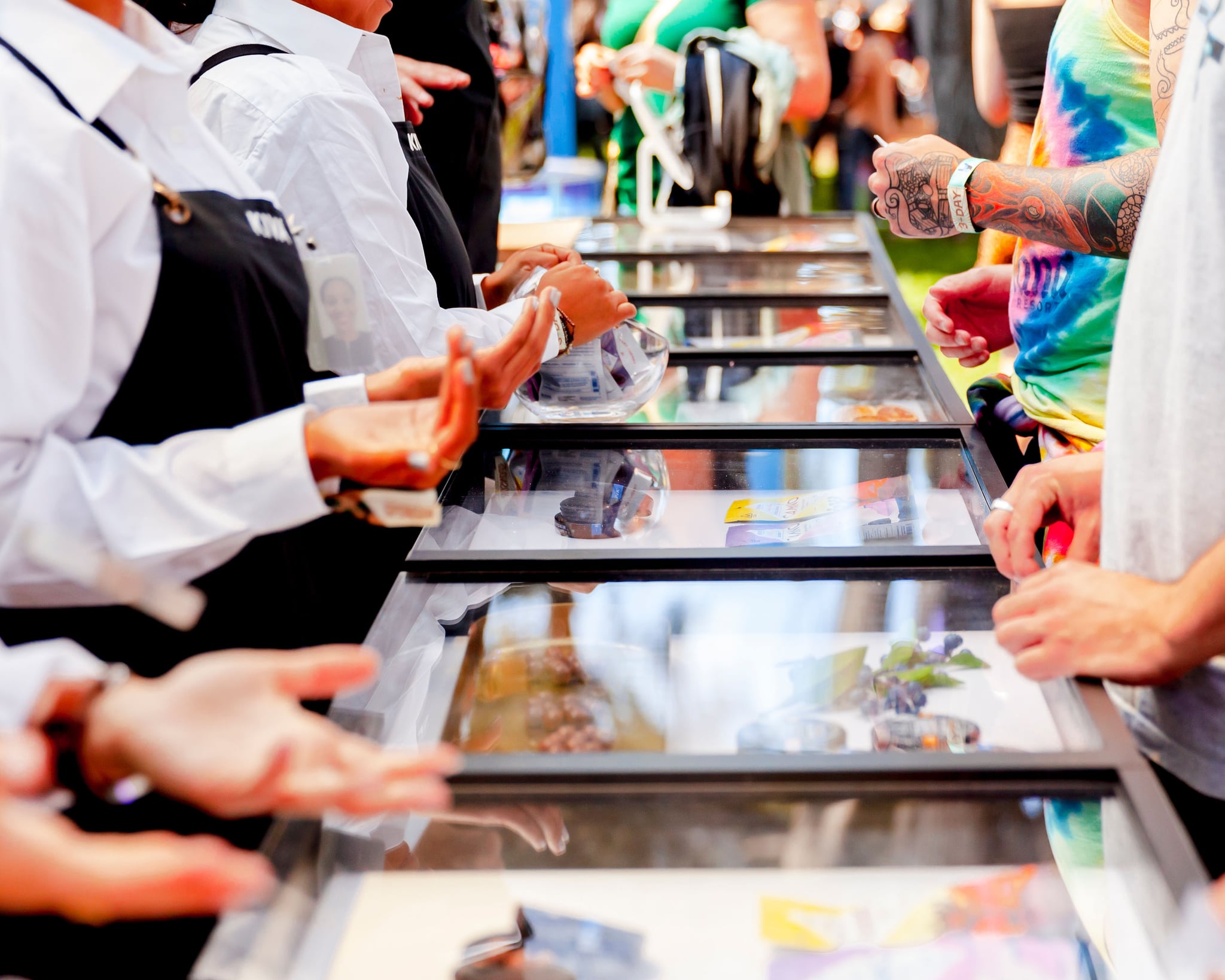 By not giving your body the proper time to digest both the edible and the THC, you could increase your risk of having a bad trip (and possibly ending up in the fetal position).

Though you can start feeling effects as soon as 30 minutes after eating an edible, they can take up to two hours to fully kick in. If that bums you out, I get it: I don't want to wait an entire 120 minutes for something good to happen to me, either. But according to the brand, one of the biggest mistakes you can make is impatiently eating more treats or having a couple glasses of wine to speed things up in the meantime. Alcohol can "increase the effects of cannabis past the point of enjoyment," Kiva told consumers, recommending we "choose one or the other" during the festival. By not giving your body the proper time to digest both the edible and the THC, you could increase your risk of having a bad trip (and possibly ending up in the fetal position).

So, next time you eat a cannabis-infused cookie or CBD gummy bear and wonder if it's working, just stop for a second and ask yourself: "Am I not high yet because this edible isn't strong enough, or because it's only been four and a half minutes?" Just lay back, crank some tunes, and give it time: it'll be worth it.

Image Source: Krystena Patton Photography
Any cannabis products referenced above are not intended to diagnose, treat, cure, or prevent any disease. The writer is not a medical doctor, and their experience is based on personal use, the results of which may not be typical or intended. The legality of cannabis products varies by state, and readers are encouraged to check their local laws before purchasing and using cannabis products. Nothing in this article should be construed as advice regarding the legal status of cannabis products. Any views expressed in this article by a third-party sponsor are those of such sponsor, and do not necessarily represent the views of POPSUGAR.
Marijuana 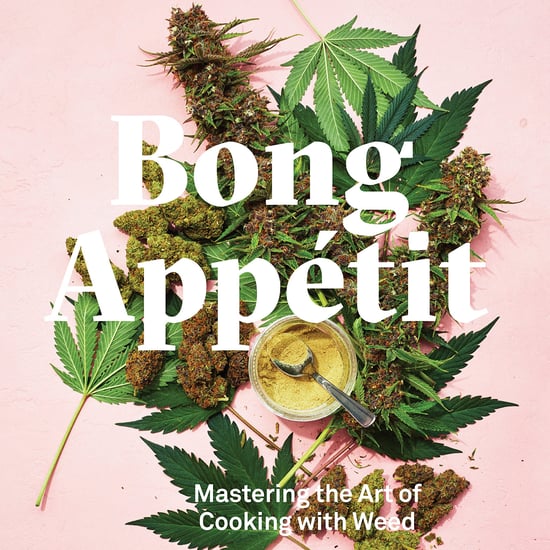 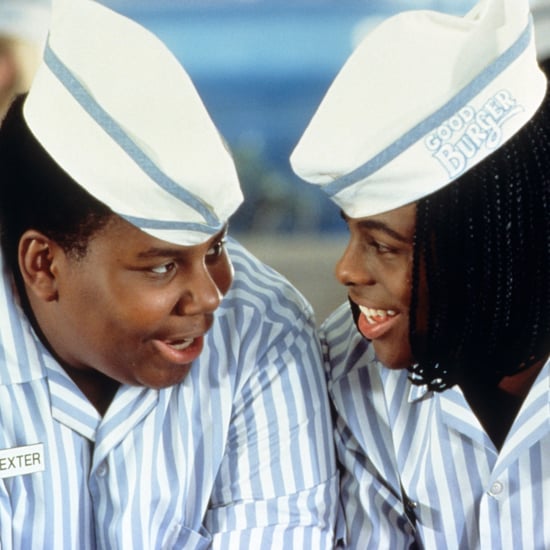