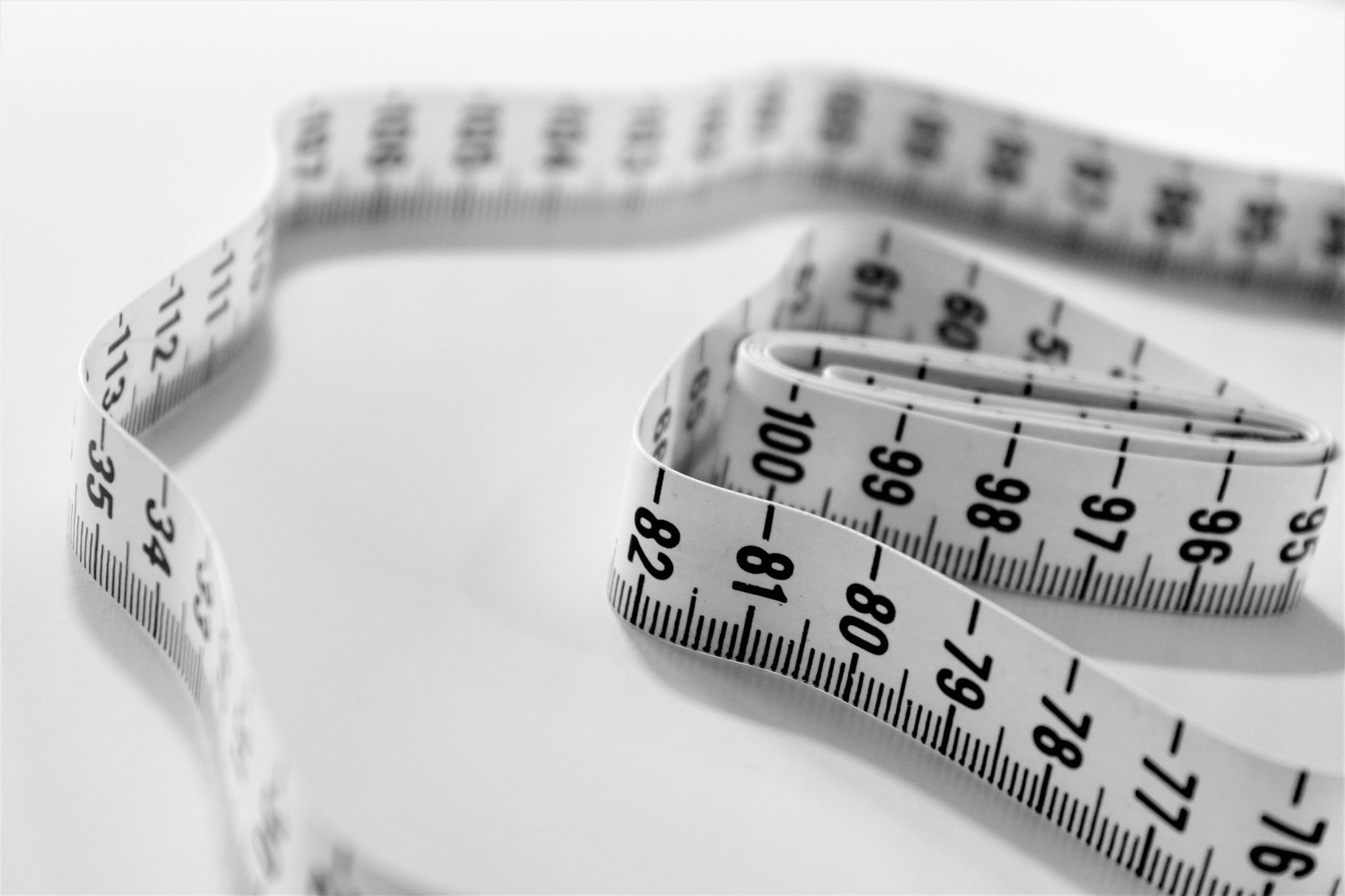 Losing weight fast and keeping it off is something people talk about a lot but it sort of always seems a little bit out of reach. It's actually not impossible to achieve, if you take advice from experts.

POPSUGAR spoke with two doctors, including Dr. Sharon Orrange, MD, who is a practicing physician and clinical associate professor of medicine at the Keck School of Medicine at the University of Southern California in Los Angeles, as well as Dr. Sriram Machineni, assistant professor and director of the Medical Weight Clinic at the University of North Carolina at Chapel Hill School of Medicine. We also heard from Liz Weinandy, a registered dietitian at The Ohio State University Wexner Medical Center in Columbus, OH.

They clued us in to what's realistic, effective, sustainable, and most importantly safe when it comes to dropping pounds and trimming inches. Here's what they had to say.

Related:
Following These 12 Easy Hacks Will Help You Lose Weight, Not Money

"I have a lot of patients come to me, like mothers of the bride or brides themselves, or people that have a big event like a high school reunion or Hawaii vacation coming up, in something like four to six weeks, or maybe six to eight weeks out," Dr. Orrange said.

Most people probably understand that losing weight at that speed and keeping it off is going to be a multistep process, she said. But if you keep that in mind, the concept becomes easier to grasp and seems a lot more within reach.

Prescription Methods Are Available to Kick-Start Your Weight Loss

One way to get things kick-started is with a method that requires either a prescription or clearance from a medical professional. Dr. Orrange talked with us about a few options, specifically very low calorie and liquid diets and the use of a prescription appetite suppressant.

"I will often prescribe an appetite suppressant like Phentermine," Dr. Orrange said. "This a controlled substance as a Schedule IV drug, it's safe to use in the short term, we know its results, and it shouldn't be stigmatized at all," she said.

Related:
These Photos Show How These Ridiculously Easy Food Swaps Can Help You Lose Weight

The average amount of weight loss with the use of Phentermine, Dr. Orrange said, is pretty universally about 16 pounds over six to 12 weeks but can range anywhere from 12 to 25 pounds over that same time period.

"It's generic and cheap, and it works almost every time," she said. "It's a safe, well-known appetite suppressant, that when used in combination with a low-carb, high-protein, low-fat diet can be very effective."

One important distinction that Dr. Orrange noted was that when she talks with patients about Phentermine, she will often have them ask, "Wait, wasn't that the scary Fen-Phen drug?" The answer to that question is no, it's not.

"Phentermine was the safe part of the drug combination of 'Fen-Phen,' which was a mixture of Fenfluramine or Pondimin (the 'Fen') and Phentermine (the 'Phen')," she said.

"In September 1997, the FDA recommended that Fenfluramine be withdrawn and that patients immediately stop taking it. Phentermine was not part of these warnings and has not been shown to contribute to heart valve disease or any lung problems."

Other options to lose weight quickly include very low calorie and liquid diets, like Lindora and Optifast, Dr. Orrange said.

Related:
3 Easy Grocery Hacks That Can Help You Lose Weight

These are meal plans and meal replacement options developed by private companies in conjunction with medial professionals and require their participants to be cleared for their programs by a physician. "These have to be clinically supervised. These are not things that you do on your own," Dr. Orrange said. "With low-calorie diets like these, you will lose weight, but you're going to regain that weight unless you take additional steps after you lose it."

More on Liquid and Low-Calorie Diets

Dr. Machineni reiterated the concept that losing weight fast is different than keeping weight off.

"Very low calorie diets are not a good idea for the long-term. Slow is sustainable," he said. But he did acknowledge the value of very low-calorie, medically supervised programs for rapid weight loss in certain situations.

An example of one scenario where these types of diets, which generally have people eating only 800 to 1,000 calories per day, might be appropriate to include when someone is in need of a medical procedure but has to lose weight quickly before it will be approved.

Another scenario Dr. Machineni mentioned was that of diabetes patients. He cited one recent study where people with diabetes started a very low-calorie program and then transitioned to something less intense, and 46 percent of the patients had remission. "That means they started the study taking medication for diabetes, and by the end, they no longer required medication," he said.

Dr. Machineni also brought up low-carb diets, like Atkins and the more strict keto diet, which limits carbohydrate intake to fewer than 50 grams per day. "These diets will result in significant short-term weight loss pretty immediately, but then that rate of weight loss reduces," he said. These diets work by putting your body into "starvation mode," as Dr. Machineni put it, or a state of ketosis.

Related:
If You're Running to Lose Belly Fat, Try These 3 Suggestions

"These low-carb programs are a good way to start the weight-loss process but have to be combined with a long-term plan to avoid the yo-yo effect," he said.

"You need to transition from these types of things to something more sustainable and less difficult, because the length of time you can sustain such a low-carb diet and be healthy is not well studied at this point.

Making Healthy Food Choices Will Help You Keep Weight Off

In making the transition to a long-term approach that will help you keep weight off, Weinandy said one thing that she sees people get tripped up on is simply trying to do too much. "If it's not reasonable, then it's not sustainable, so why do it?" she asked, rhetorically. "A lot of people think they have to do something really extreme or glamorous to lose weight, and they don't. It's about lifestyle changes and eating healthier."

One thing that surprised me was that Weinandy said eating less at night really is better. "Your organs are generally supposed to be detoxing at night, so if your body is busy digesting food instead, that process can be disrupted and not work as well," she said.

This was news to me, because I had grown up hearing the phrase, "Calories can't tell time," but Weinandy said this was especially important for the liver, so we really should be consuming most of our calories during the daytime.

Related:
20 Filling Foods to Keep Your Stomach From Grumbling

When it comes to what kinds of calories we're consuming, Weinandy also said the best way to lose weight quickly for most people is to restrict carbs. One reason for that, she said, is that method takes away many food choices that we would tend to overeat, like potato chips, for example.

We should also cut out sugary beverages as much as possible, she said, like 100 percent fruit juice and using sugar and other sweeteners, including artificial ones, in our coffee, tea and other beverages.

"There's also been more of a focus in the past few years on drinking more water," Weinandy said. One reason for that is because when we're dehydrated, we can mistake that thirst for hunger. "It also helps your metabolism run better when you're more hydrated," she said. "Think of it like your body is kind of like a well-oiled machined, in that if you put water into it, everything will just sort of run better."

Dr. Machineni added that there are many diets out there, each with their own positive attributes. "Paleo, Atkins, veganism, Mediterranean . . . with so many options, it does really sometimes come down to genetics and internal environment," he said. "We are attuned to respond to certain kinds of diets based on biology and genetics, and it's important to pay attention to how they make us feel, in terms of energy, strength, and so on."

He also noted that while the medical world has yet to figure out which genetic markers show who will respond well to what diet, researchers have said that those markers actually do exist.

Related:
The Weight-Loss Tips Missing From Your Evening Routine

In the meantime, he said you should be focusing on a healthy, prometabolic diet (meaning eating foods that help your thyroid function at its maximum capacity, and therefore ups your metabolism).

"In most cases, switching a few things around is enough to improve quality of diet immensely," Dr. Machineni said.

He recommended filling half of your plate with fruits and vegetables and cutting out processed foods, which we may not realize includes things like salad dressings. Additives in bottled or low-fat products have effects on metabolism, he said.

Whatever we're eating, Weinandy added, intermittent fasting (where you restrict all of your calorie consumption to a window of eight to 12 hours each day) might not be a bad idea to consider incorporating, but it will lead to more gradual results. While most of the research in this space has been done on animals, she said there perhaps might be growing evidence of promising weight loss results and other protective benefits that come from structuring when we eat in this way.

Final Thoughts From the Experts

"It is true that fast weight loss will almost always lead to fast weight regain," Weinandy said. The conventional wisdom is it's safe and sustainable to lose about two pounds per week if you're looking for substantial weight loss.

"Something like losing between a quarter and a half of a pound, however, is a better range to keep in mind as your target weight-loss zone, if you're only looking to lose five to 10 pounds," she said.

Related:
Working Out and Eating Right but Can't Lose Weight? You May Be Able to Blame It on Your Brain

Dr. Orrange reiterated Weinandy's points that ultimately, making better food choices is key. "We should be having more protein and fewer carbs," she said. "A colleague of mine says, 'No white at night!' and that's a good tip," she added, referring to eating less white rice, pastas, and breads in the evening.

Dr. Machineni said the key is to find something sustainable that you can do for the rest of your life and approach it that way.

In his view, short-term approaches should only be used for specific medical needs and not in general.

"Weight loss is a very powerful thing even though most people think of if as a cosmetic thing," he added. "You can change lives by improving health!"

Lori Harvey
Lori Harvey Says She Was Eating 1,200 Calories Per Day to Lose Weight — Here's Why That's Not OK
by Taylor Andrews 5/17