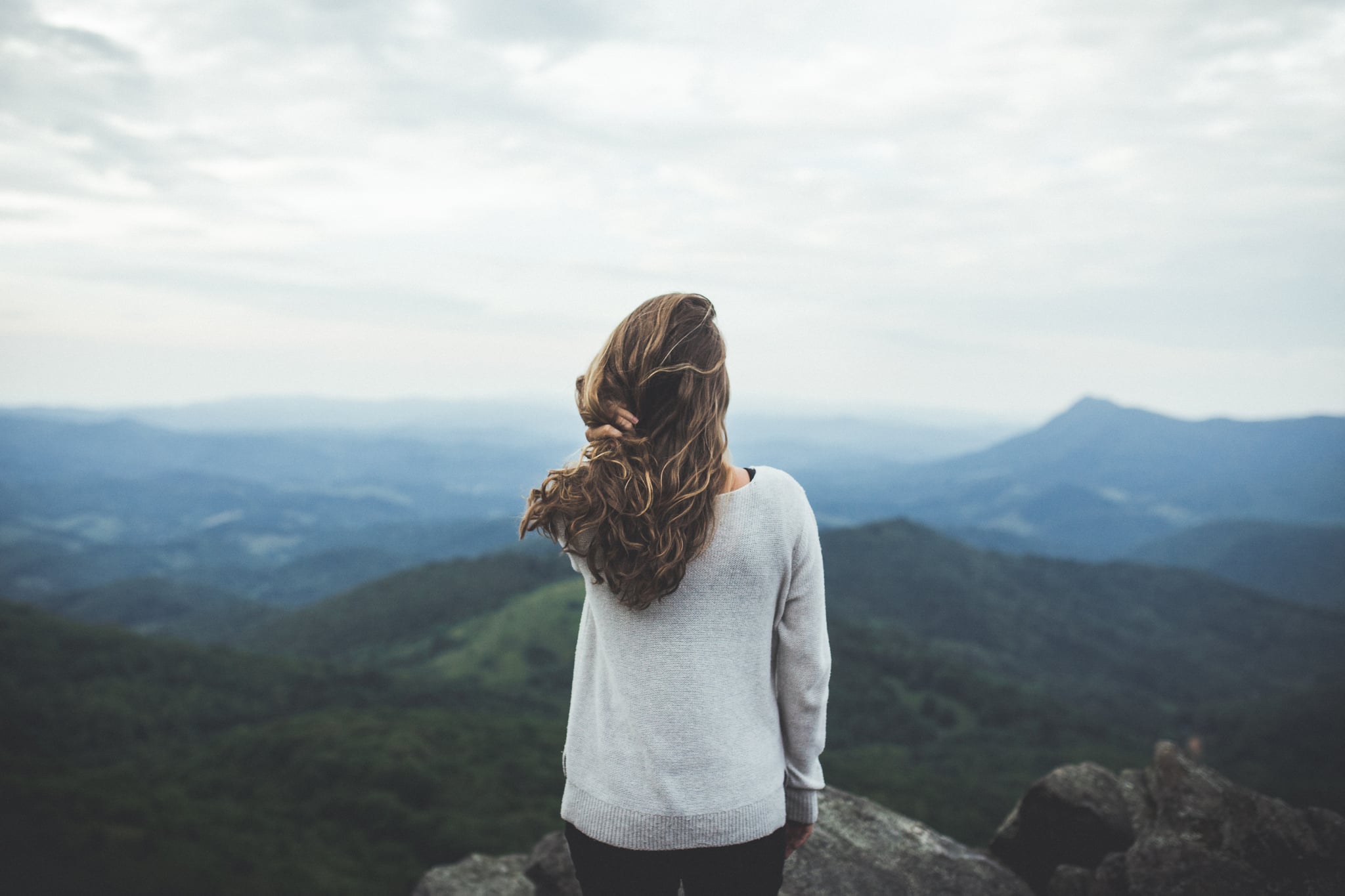 Last Friday night, I settled on my couch for what I thought would be a relaxing evening. The week had been stressful, but not in any extraordinary way — simply a heavier workload than usual, not getting enough sleep thanks to the department store that's being constructed directly across the street from my apartment, and the strain of trying to find a new therapist who specializes in post-traumatic stress disorder and accepts my insurance. I poured a glass of wine and turned on Desperate Housewives, a guilty pleasure I've watched from start to finish at least five times.

An hour later, my heart was racing and I was too agitated to sit still. I paced my apartment, consumed with flashbacks of my rape and an obsessive need to know where my rapist was at that very moment. Like many survivors, I struggle with the fact that his actions have had such a profound impact on my life but he emerged unscathed. His friends rallied around him in the days after the attack. Months later, when I finally contacted my city's police department, my allegations were quickly dismissed. In these moments, I feel that shame and anger all over again and worry that he could be assaulting another woman as I sit on my couch watching Hulu.

For weeks at a time, I feel stable and the intrusive thoughts, flashbacks, and nightmares don't plague me every single day and night like they once did.

For me, the nature of PTSD is infuriatingly unpredictable, and my recovery has been nonlinear, much to my frustration and confusion. I was first diagnosed with PTSD in middle school due to a childhood trauma, and the illness came to the forefront once again after I was raped in 2016. I've been lucky enough to receive some of the best therapy available. For weeks at a time, I feel stable and the intrusive thoughts, flashbacks, and nightmares don't plague me every single day and night like they once did, even as I publicly share my story. During these stretches, I'm convinced that I've finally healed.

Then something small and unexpected — a passing comment from an acquaintance or, like that night, a sexual abuse storyline on TV — triggers days or weeks of the same symptoms I've worked so hard to put behind me.

An estimated 13 million Americans have PTSD at any given time. Though it's often associated with combat, PTSD can be triggered by "any event in which a person believes their life or personal integrity is being threatened," Julia Vigna Bosson, PhD, a clinical psychologist at Union Square Practice in New York City who specializes in PTSD, told POPSUGAR — including natural disasters, car accidents, and physical assaults. One out of every nine women will develop PTSD.

Although men are more likely than women to experience traumatic events, women are at least twice as likely to develop PTSD — but not because we're somehow more fragile. "The reason that women are at greater risk for PTSD is likely due to the type of trauma they experience or how women may respond to that trauma," explained Barbara Van Dahlen, PhD, a licensed clinical psychologist and host of Inner Space with Dr. Barbara Van Dahlen. "While witnessing — or even causing — the death of someone during combat is horrific and traumatic, it is different from being the victim of rape," an abuse that women simply fall victim to in greater numbers.

Some studies suggest that differences between the male and female brain may cause them to respond differently to trauma. But Jennifer MacLeamy, PsyD, executive director of teen treatment center Newport Academy, noted that the age at which someone experiences trauma may also play a role. "Women are more frequently exposed to trauma early in life (in particular, sexual trauma), and childhood trauma has a greater negative impact, interfering with neurobiological development and personality," she told POPSUGAR.

When I was raped in 2016, I was in a good place for the first time in years. Although I wouldn't say I was "cured" or that I never thought about the trauma from my childhood, I no longer experienced PTSD symptoms pertaining to it. That night, when my attacker tore off my clothes and forced himself inside me as I cried and begged him to stop, changed the course of my life. I was afraid then that he would kill me if I continued to resist and afraid in the days that followed that he'd hurt me if he found out I'd told anyone. To this day, I'm fearful that he'll find me and get retribution for daring to tell the truth about what happened that night.

In the immediate aftermath of the assault, I felt completely numb, and I was determined to go about my life as though nothing bad had happened — a response Dr. MacLeamy said is common among women. Although I told a couple friends moments after it occurred, I didn't confide in anyone else until three months later, when a former classmate's Facebook post berating a rape victim caused something inside me to snap. I started sobbing for the first time since my assault; I could barely breathe when I attempted to call my best friend to tell him that I'd been raped. Three sleepless nights later, I called my mom at 3 a.m. and said I needed to tell her something. I couldn't bear to tell my dad and brother, so she did it for me. At the same time, I opened up to several other close friends.

There was something freeing about finally telling the people closest to me what I'd been hiding, but after months of being in denial, I could no longer run from the trauma. While I'm grateful for the support I've received, it wasn't enough to shield me from the consequences of that night.

Everyone processes trauma differently, but women with PTSD are more likely to have mood and anxiety disorders, Dr. MacLeamy told POPSUGAR. "They also tend to be easily startled and to avoid things that remind them of the trauma," she explained. "People respond to trauma by putting up unconscious defenses, which, sadly, often serve to elongate and complicate the recovery process." These defenses include self-blame and seeking out ways to avoid or numb their feelings, which can result in problems like substance abuse disorders.

I make plans to leave home every year on the weekend it happened, when the city transforms into a reminder of the worst night of my life.

I feel anxious nearly all the time, often for reasons I can't quite put my finger on. Other times I lie awake at night, obsessing over specific fears. Will my rapist find me? If he rapes someone again, is it my fault because I didn't go straight to the police? Why didn't the police take me seriously? Did I deserve what happened? I'm wary of men who talk to me at social gatherings, and my stomach tightens and my heart races every time I walk by a group of them on the street at night. I also startle easily — particularly when people touch me unexpectedly — and I make plans to leave home every year on the weekend it happened, when the city transforms into a reminder of the worst night of my life. (For now, my doctors support me in taking that step.)

At times, the flashbacks, intrusive thoughts, and occasional nightmares return. Other times I feel numb, which makes it difficult to connect with anyone, even my very closest friends. When the symptoms are too much to bear, I withdraw and isolate myself from a world that feels scary and overwhelming.

If the emotional turmoil weren't enough, people who experience PTSD may develop physical symptoms such as headaches, vision and hearing difficulties, heart palpitations, digestive problems, chronic pain, and chronic fatigue, Dr. Van Dahlen explained. During my first bout with PTSD as a teenager and college student, I frequently had headaches and stomach issues. This time, it's impossible to know how much of my physical pain is caused by PTSD and how much is the result of lupus, an autoimmune disorder I was diagnosed with in 2017. I've noticed though that my lupus does tend to flare up when I'm not in a good place emotionally.

Fortunately, three years after the assault, my good days outnumber the bad ones. Seeking help was one of the hardest things I've ever done, but I hope my story encourages other men and women to do the same. The pain may never go away completely, but, with some work, there is a happier, more peaceful life on the other side.

Health
This Counting Trick — No, It’s Not Sheep — Always Puts Me to Sleep
by Maggie Ryan 4 days ago

by Alessia Santoro 26 minutes ago