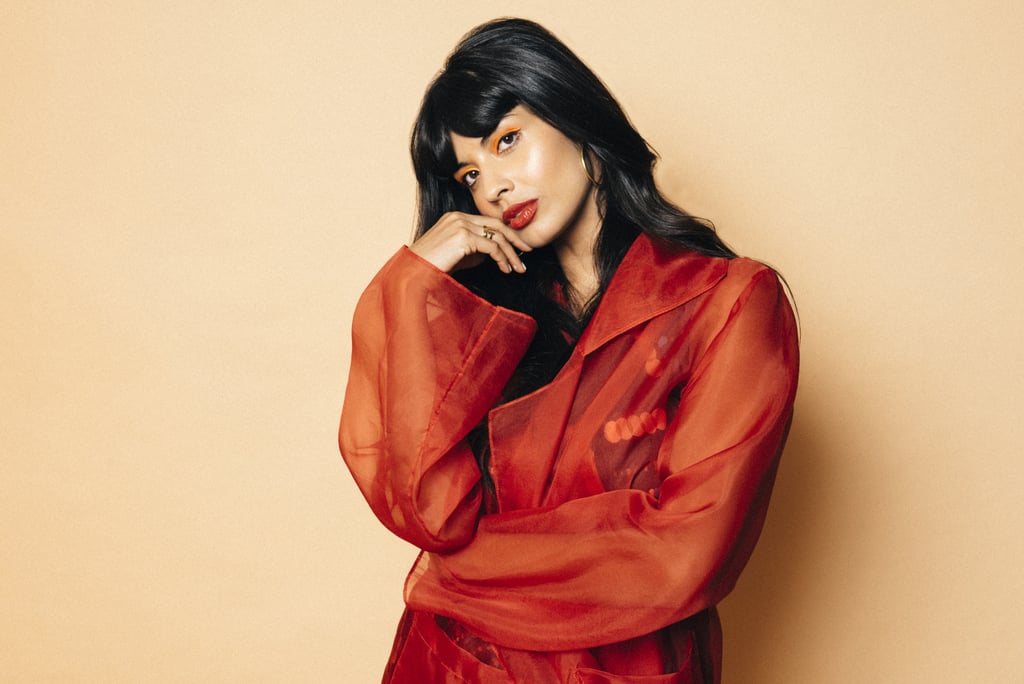 Jameela Jamil is on a mission to disrupt diet culture. The multi-hyphenate — radio presenter, television host, model, and current actress on The Good Place — recently criticized those detox drinks typically promoted by influencers and celebrities on Instagram. She's also credited with launching the I Weigh social media movement, which encourages women to quantify their worth beyond the physical. Jamil is now continuing to spread her message in a thought-provoking interview for Nylon's December 2018 issue.

First, a bit of backstory: Jamil has advocated for body positivity for some time, and has been open about suffering from an eating disorder as a teenager. After becoming a household name in the UK, Jamil gained weight as a result of an asthma medication she was taking. The body-shaming she subsequently faced in tabloids brought on a jarring realization: "I'd achieved so much in my three or four years in the industry, and I'd worked so hard," she said, "And then I realized, all I am to them is just fat on bones."

"We have to rebel against this, we have to see flaws."

Now, she encourages her fans to defy societal pressures and takes a strong — admittedly "severe" — stance against airbrushing. "Stop Photoshopping your images. I really think it's so gross. I think it's a disgusting crime to Photoshop your images and put them out there in the world without announcing that's what you've done. It's a lie, you're lying to your fans, and your followers, and people who look up to you," Jamil said. Adding, "I know I'm really severe about that. But I didn't eat as a teenager for three years because of people elongating their legs and thinning out their images . . . We have to rebel against this, we have to see flaws."

Jamil made it clear, however, that she doesn't want people to abandon certain health goals. Instead, it's just about making sure those goals are motivated by the right reasons. "I'm not telling people not to exercise. I'm not telling them to stop bathing or stop brushing their teeth. And I believe in healthy eating and putting good fuel in your engine," she said. "But when you're clinging to the right to be able to spend hours and hours of your day thinking about your looks, is that definitely coming from you?" It's certainly something to think about.