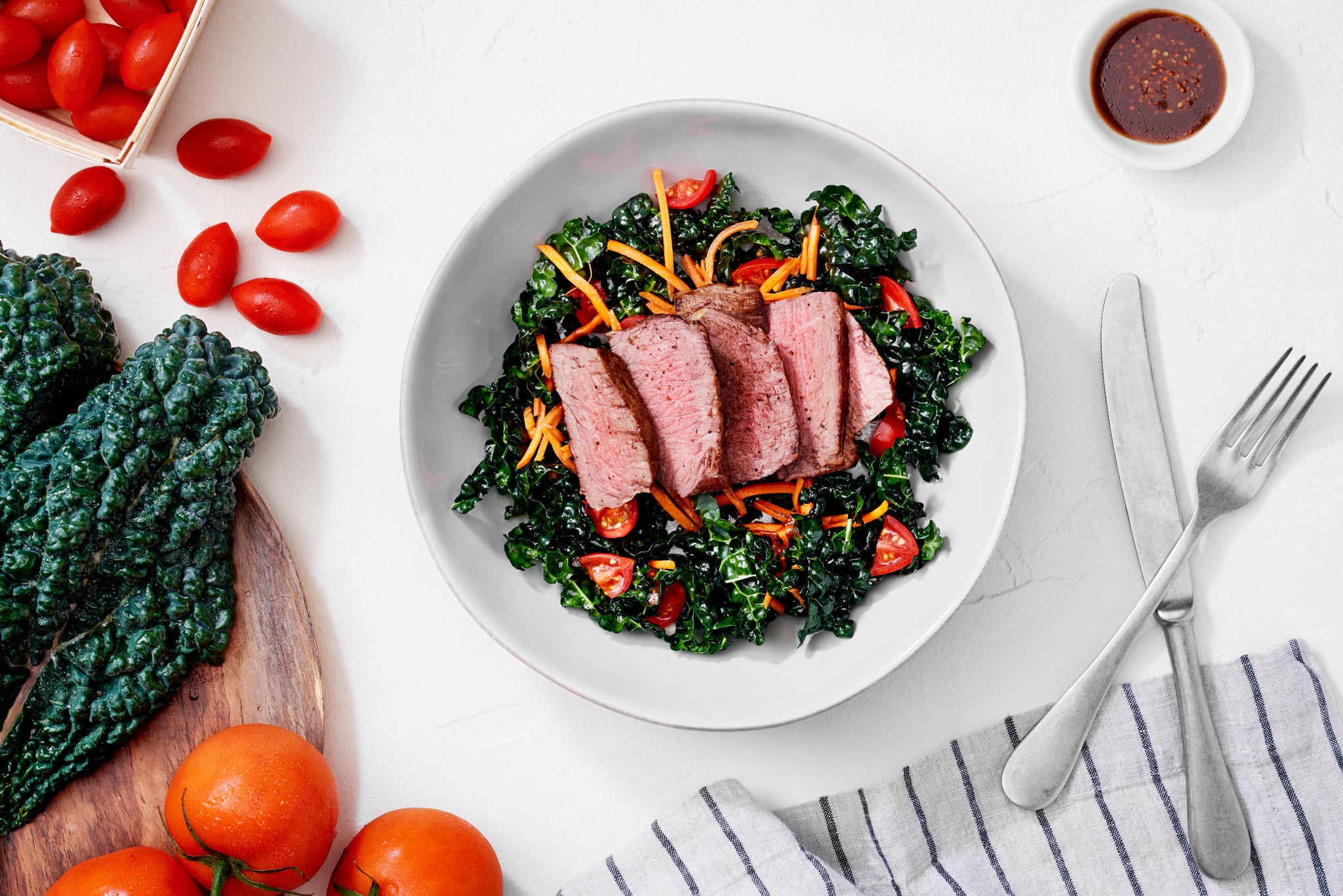 If you've just started following a Paleo diet — or wondered whether it's right for you — you may find the idea of eliminating grains and legumes particularly challenging. After all, carbs are fuel, and there are few sources more virtuous than black beans or quinoa. So, is the Paleo diet low-carb?

"Paleo isn't necessarily low-carb, but because it excludes many carb-rich foods such as grains and legumes, it often ends up being low in them," Ysabel Montemayor, RD, nutrition director for Fresh n' Lean, told POPSUGAR. "A Paleo diet focuses on foods from the Paleolithic era, while a low-carb diet simply focuses on lowering carbohydrate intake."

This means that, depending on what you're eating on the Paleo diet, your carb intake could still be high. Vegetables like sweet potatoes, squash, yams, and parsnips are all higher in carbs, as are some fruits like mangoes, bananas, and apples. If you were following a low-carb diet, you may eat these in moderation or restrict them, while on Paleo they're fair game.

Related:
1 Week on the Paleo Diet? Here's Exactly What to Eat For Weight Loss

The two diets also rely on different nutrients to keep you feeling satisfied and your energy levels up. For example, low-carb diets tend to focus more on healthy fats as a source of energy, Sabrina Russo, RD, of My Three Seasons, and a dietitian for Crunchmaster, told POPSUGAR. "Generally, 60 to 80 percent of a [low-carb] diet comes from healthy fats like avocado, nuts, seeds, and eggs." A Paleo diet, on the other hand, prioritizes foods that are high in protein and fiber, with an emphasis on meats, low-glycemic fruits, and nonstarchy vegetables.

While there's some overlap, the Paleo diet requires you to adhere more strictly to a specific set of foods, rather than eating a predetermined number of carbs each day. That said, Sabrina recommends that carbs make up at least 20 percent of your daily calories, regardless of which plan you follow. For someone eating 1,800 calories a day, that's a minimum of 90 grams of carbs. If you need more wiggle room, Ysabel says to aim for no more than 150 grams of carbs in a given day.