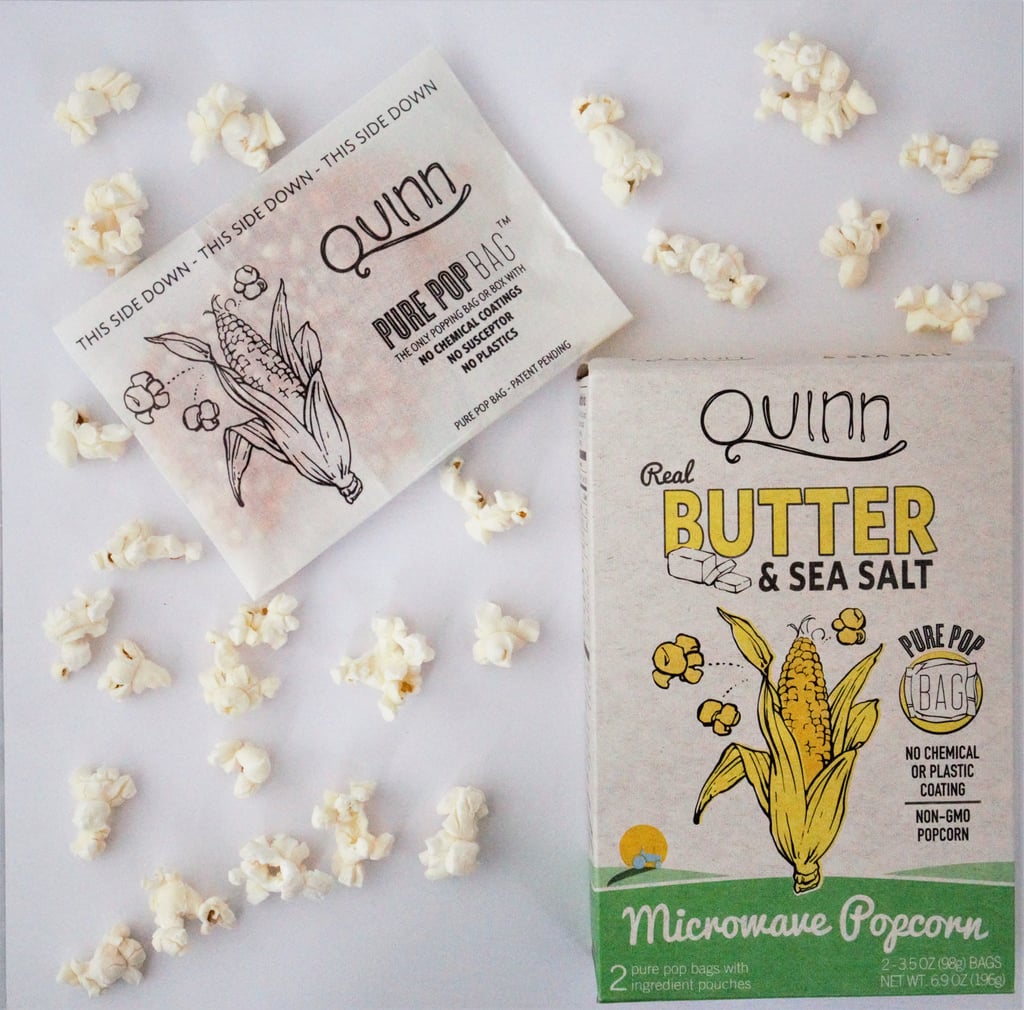 When you love popcorn as much as I do, you become something of a snob about it. I won't go into my full ranking system (just kidding, yes I will: air-popped and stovetop popcorn tie for the best, with the movie-theater version, minus the liquid butter, in second), but all you need to know is that microwave has always come in dead last. It has a chemically aftertaste, leaves a weird film on the roof of my mouth, and stains my fingers orange. Artificial ingredients abound, and it's even been linked to a a scary (and potentially fatal) lung disease. It's always been a no-brainer for me to pass on a bag, no matter how good it smells fresh out of microwave.

But it's 2019, and a healthier, less-scary version of microwave popcorn is here; as in, the only version that has no chemicals, plastic coatings, or PFOAs, artificial compounds that the American Cancer Society states are potentially carcinogenic. So what is this miracle popcorn? It's made by the brand Quinn, and those healthy facts are referring to the one-of-a-kind "Pure Pop Bag" that the corn comes in, which is also compostable and biodegradable.

Related:
I Consider Myself a Snacking Expert, and These Are My 13 Healthy Favorites on Amazon

But the corn itself is also a step in a healthier direction. Unlike other brands, Quinn doesn't precoat the kernels with flavoring before they're popped. Instead, the flavors come in a separate packet; you pop the corn, then sprinkle on as much as you want. As we've learned from salad dressing, adding toppings yourself is a surefire way to keep calorie counts low. In the case of Quinn's microwave popcorn, it also means the brand can keep the flavors healthier and more natural.

Quinn currently offers three flavors nationwide: Real Butter & Sea Salt, White Cheddar & Sea Salt, and Aged Parmesan & Rosemary. Read through the slides ahead to check out the products, nutrition facts, and refreshingly short and comprehensible ingredient lists. Oh, and we saved the best for last: all three flavors are available on Amazon Prime right now — and at Target, Kroger, and Safeway stores around the country.

Healthy Living
P.volve Is Launching a New Workout Program Inspired by Your Menstrual Cycle
by Victoria Moorhouse 5 days ago