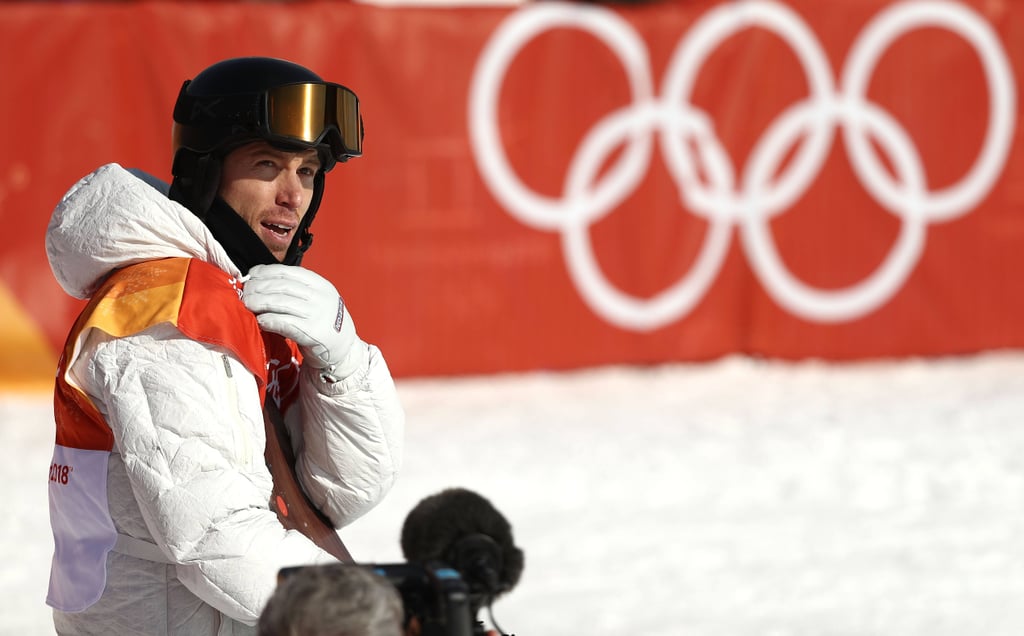 Shaun White Got a Near-Perfect Score in the Halfpipe Qualifying, and People Are Freaking Out

It's his fourth time competing in the Winter Olympics, but Shaun White is on a mission to make the games in Pyeongchang, South Korea, his best yet. On Tuesday morning, the 31-year-old snowboarder strapped in to compete in the halfpipe qualifying against other gold medal contenders Scotty James (Australia) and Ayumu Hirano (Japan). Shaun already nabbed a spot in the finals from his first run, which scored a 93.25, but after pulling off some insane tricks and spicing up his signature back-to-back 1260s, his second run landed him a 98.50.

It's pretty outstanding for just a qualifying round, but this group of athletes proved they were not holding anything back, and it's honestly going to make for one insane competition in the finals. "I was stoked to put that (first) run down," he told NBC Olympics. "That took the pressure and the edge off and then I started seeing everyone putting these great runs in and I figured I would step it up. They motivated me to send it on that last one."

Watch Shaun's impressive halfpipe qualifying run above, and then read on to see some of the best reactions from people who could not believe what he pulled off. The men's halfpipe gold medal final will air live on NBC at 8 p.m. ET Tuesday.

Related:
With Gold in Pyeongchang, Shaun White Is the Most Decorated Olympic Snowboarder Ever
Previous Next Start Slideshow
WorkoutsOlympicsSnowboardingShaun WhiteWinter Olympics 2018Athletes