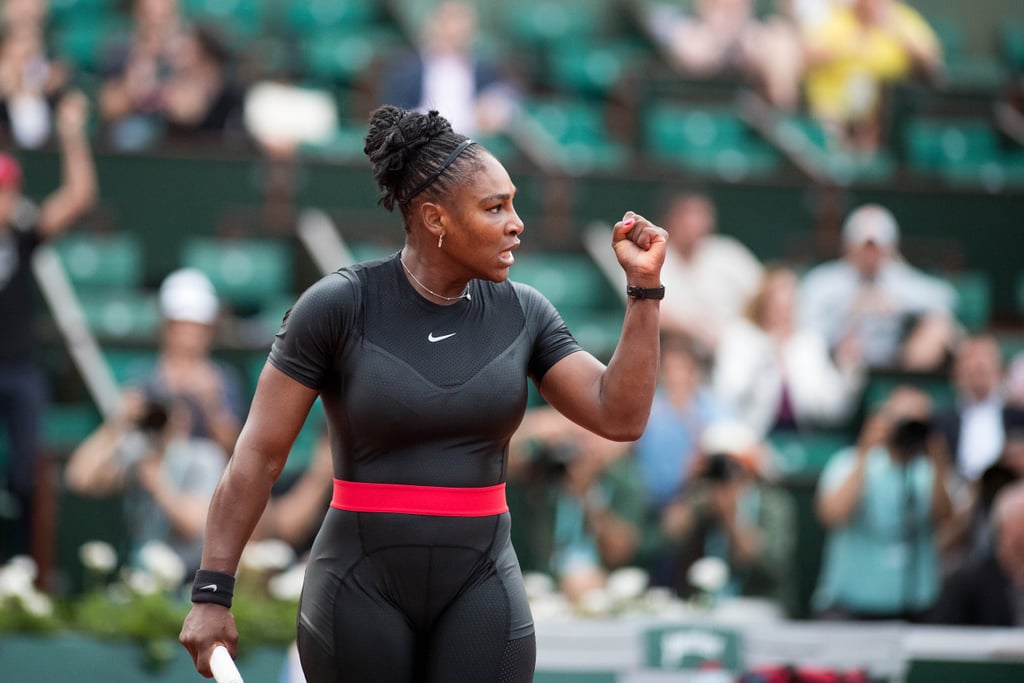 Serena Williams has been banned from wearing a bodysuit at the French Open, the Associated Press reports. Serena wore the black catsuit back in May when she played the French Open and took home her first grand slam win since giving birth to daughter Alexis Olympia Ohanian Jr. The black and red bodysuit was custom made for her by Nike.

Serena's husband, Alexis, called it a "superhero outfit," and Serena told reporters at the time, "I feel like a warrior in it, a warrior princess . . . from Wakanda, maybe. I've always wanted to be a superhero, and it's kind of my way of being a superhero."

The Associated Press learned that the French Open will now enforce a dress code that will ban certain outfits, and the French Tennis Federation president specifically mentioned Serena's suit. The AP stated, "The French Tennis Federation president, Bernard Giudicelli, says the tournament that Williams has won three times is introducing a dress code to regulate players' uniforms because 'I think that sometimes we've gone too far.'"

"It will no longer be accepted. One must respect the game and the place," Bernard said.

Related:
A Male Coach Told Serena Williams to Stop Breastfeeding For the Sake of Her Game — This Was Her Response
Previous Next Start Slideshow
WorkoutsSerena WilliamsNikeTennis

by Angelica Wilson 48 minutes ago