Most people have never heard the term "orthorexia." After all, blogger Jordan Younger hadn't heard of the disorder that would change her life just one year ago, when she was a dedicated vegan running plant-based blog The Blonde Vegan.

What is orthorexia, exactly? Defined by Dr. Karin Kratina as "an 'unhealthy obsession' with otherwise healthy eating," orthorexia can cause severe psychological trouble surrounding eating habits — although, as of now, it's not recognized as a clinical diagnoses. In Younger's case, she developed an obsession with healthy eating — one that made Younger ignore her body's signals and ultimately (and ironically) sacrifice her physical and mental health. "Orthorexia was extremely noticeable in my everyday life. It hindered me from being my happy, vibrant, social, balanced, alert self. It held me back in far too many ways," Jordan told us.

After months of insatiable hunger, muscle and bone pain, and lack of energy, Younger discovered orthorexia while searching her symptoms online: "I was searching my symptoms online to see if anyone else experienced the struggles I was dealing with, and orthorexia popped up," she says. "I thought I was late to the game in learning about it, but it turns out I was still one of the early discoverers. It fit the bill for me in every way. I had an obsession with healthy, pure, plant-based food from the earth, and I had developed a fear and intense avoidance of anything that didn't fall under that category."

Receiving a diagnosis and making the decision to transition away from veganism was just step one. After all, veganism was more than a diet to Younger — it was a lifestyle, a career, and a brand. "Coming forward about my eating disorder and my transition from veganism caused me a ton of anxiety. I was terrified about what my audience would think, and I was fearful that I might lose the brand I had worked so hard to build when I knew it was time to bare my soul via this post," she says.

After debating how to sync her vegan brand and career with her now nonvegan lifestyle, she bravely went public with her disorder and the lifestyle changes it required — including changing her brand from The Blonde Vegan to The Balanced Blonde. But making the decision to publicly transition away from veganism wasn't without backlash — Younger received death threats and angry messages, lost followers, and even had friends turn their back on her.

Thankfully, the death threats and angry messages have finally started to settle into the dust (only a year later . . . ), and Younger has emerged as a voice for the serious, but relatively unknown condition orthorexia. Since becoming The Balanced Blonde, she's begun vlogging, working with new brand partnerships, receiving nationwide press, and helping encourage others to learn about orthorexia and find a healthy lifestyle that works for their individual body. "I am so much more comfortable and fulfilled now that I have a platform to express what I truly believe in: balance, listening to our bodies, and setting ourselves free of the labels we so easily allow to bind us," she says.

Eating Disorders
"It's Called Manifesting, Look It Up": How TikTok's Anna Przy Found Her Voice
by Maggie Ryan 8/12 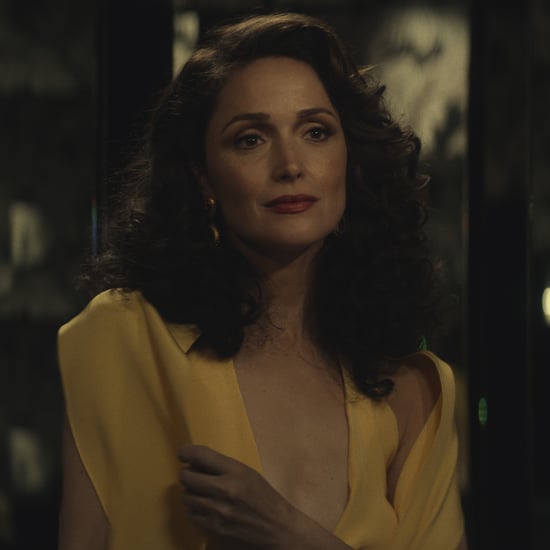 Eating Disorders
In Season 2, "Physical" Gets Real About Eating-Disorder Recovery
by Maggie Ryan 6/09