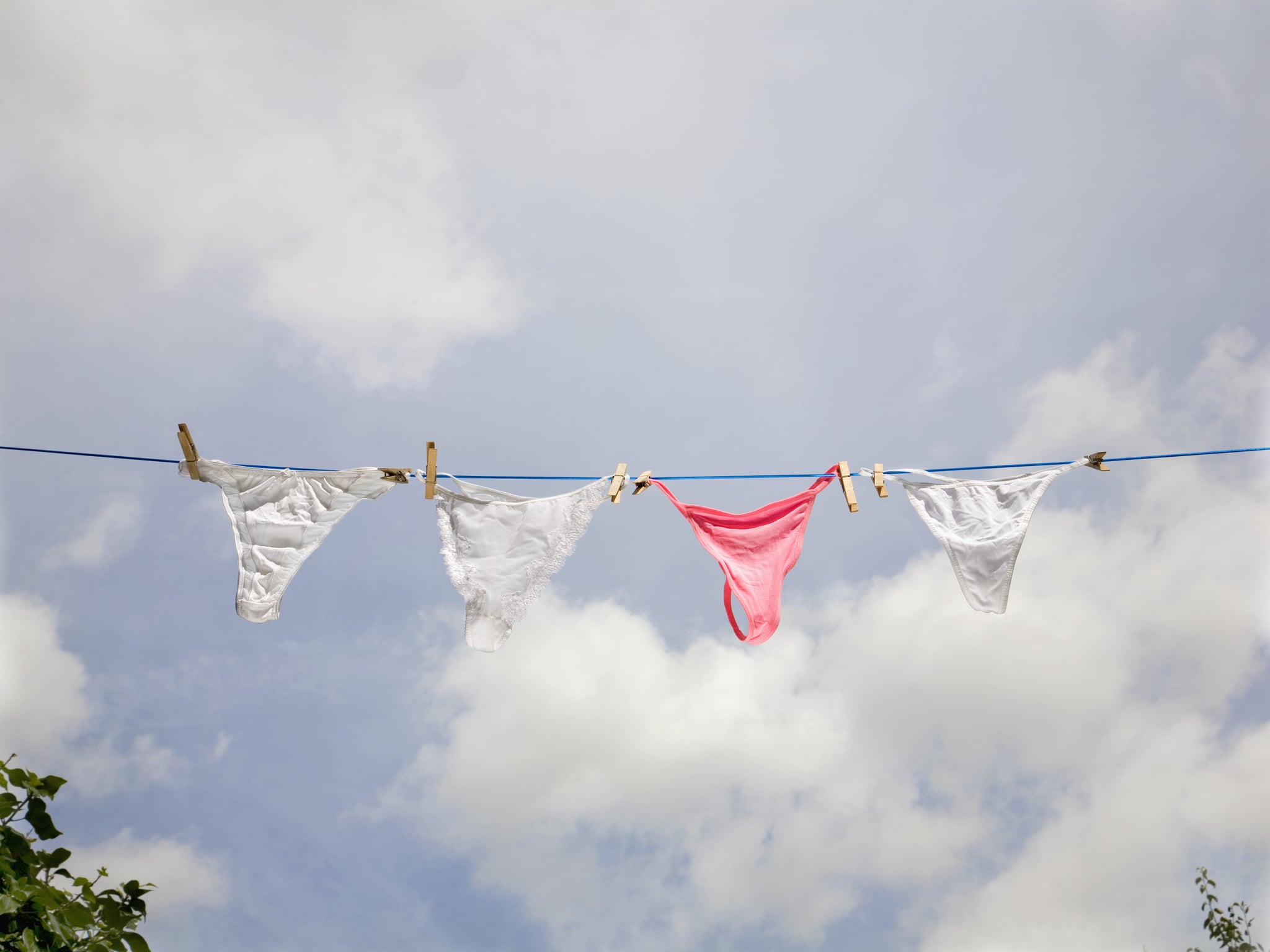 Today in things you wish you didn't know: a new survey shows that 45 percent of Americans wear the same pair of underwear for two days or longer. Meanwhile, 13 percent took things several steps further, admitting they'd worn the same pair for a week or more. No word on whether these respondents made use of the controversial "turn the underwear inside out" hack or just tossed them on right-side-in and fully embraced the "no-f*cks-given" lifestyle.

The survey of 1,000 Americans also revealed that men are 2.5 times more likely than women to wear the same underwear for more than a week. (Cue my "shocked" face.) Also, apparently 46 percent of Americans have pairs of underwear that are over a year old and 38 percent don't even know how old their underwear is. That might not seem like a big deal, until you consider that even laundered underwear is still teeming with bacteria, which is something fun to think about when you're getting dressed tomorrow. Underwear brand Tommy John, which ran the survey and released the results today, noted that underwear that's over a year old can also lead to health issues like UTIs, yeast infections, skin infections, and more.

So beyond throwing out (and maybe burning) all those ancient pairs of underwear in your drawers, the brand also recommended a few ways to take care of the pairs you're keeping around.

We get it: sometimes laundry day hits before you're ready. Our advice: prepare for those emergencies ahead of time by grabbing a cheap five-pack of underwear the next time you're at Target. We don't think you'll regret it.