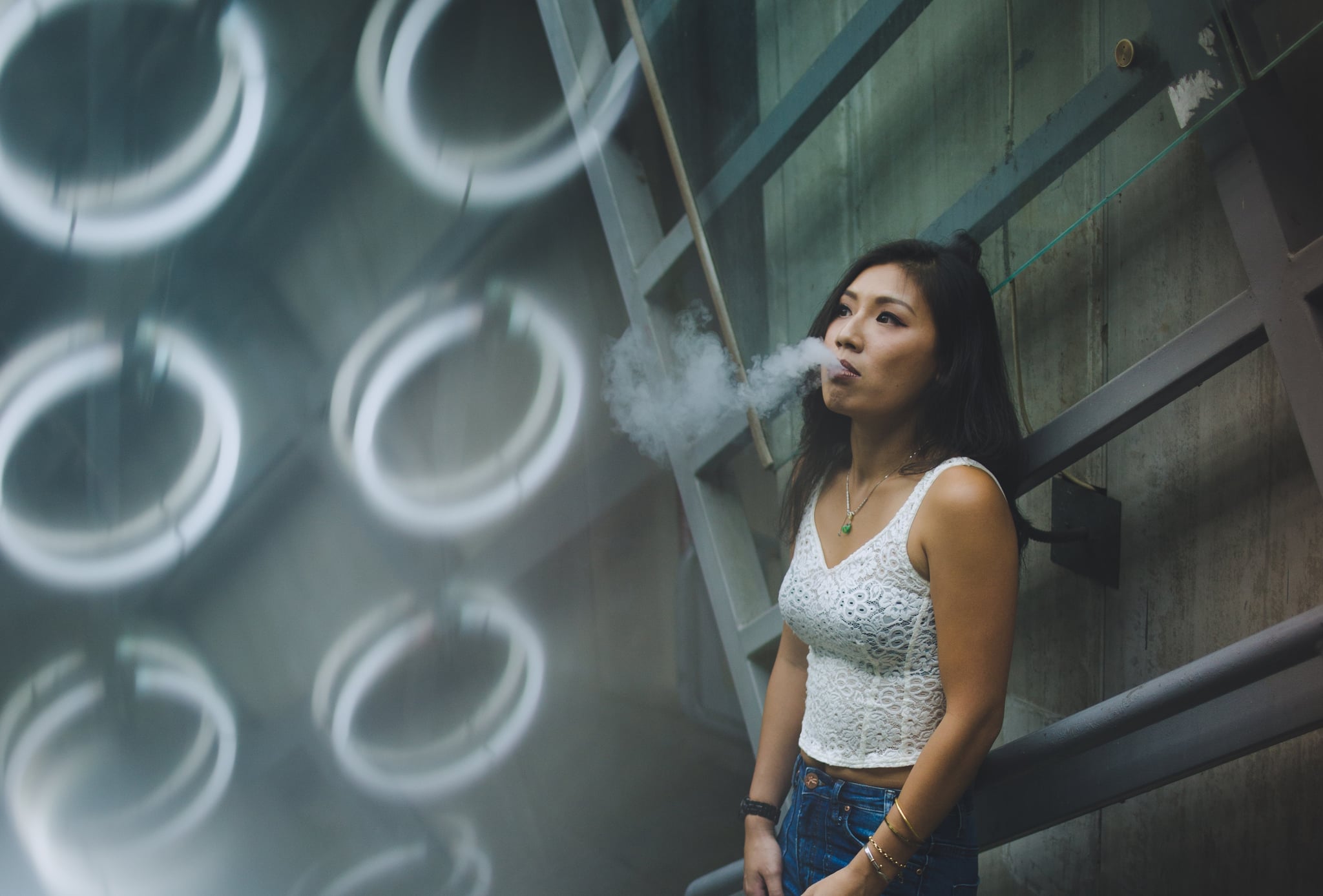 Residents in six states and counting are now legally able to smoke recreational marijuana — but is it safe to blaze regularly? Well, seasoned stoners and newbies can rest assured, thanks to Sunil Kumar Aggarwal, MD, PhD, FAAPMR, who tells POPSUGAR there is no evidence that smoking weed causes long-term lung damage.

According to Dr. Aggarwal, there is "no link between chronic cannabis smoking and lung cancer" and "no link to COPD (chronic obstructive pulmonary disease) or emphysema." He also referred to a large epidemiological study conducted by Dr. Donald Tashkin, emeritus professor of medicine at UCLA, and his team, who looked at the effects of marijuana smoking on the lungs. The study looked at bronchial tree biopsy samples from regular users and was unable to prove that the habitual use of marijuana caused significant damage to lung function. In fact, it was shown to provide a protective effect against lung cancer. Although Dr. Tashkin's findings did not suggest an increased risk of lung or respiratory cancer from light or moderate use, the risks of heavy, long-term marijuana smoking were inconclusive.

Lighting up all the time is bound to affect your health in some way, though. Dr. Aggarwal clarified that smoking any kind of product that generates smoke increases your chances of chronic bronchitis or lung irritation because of soot (the black stuff). Marijuana smoke does contain carcinogens and cocarcinogens, but it has far less risk for lung complications compared to cigarettes, and can be improved once you stop.

"That doesn't mean that you can't get irritation in your lungs and your lining; smoke is smoke," Dr. Aggarwal told POPSUGAR. "The nice thing is that cannabis is different from tobacco because the compounds in it seem to help protect the body against the damages brought by the smoke. Whereas nicotine, which is in tobacco, seems to aggravate the damages; not all smoke is created equally."

If You Smoke Pot to Reduce Anxiety, It Turns Out There's a Perfect Amount To Use

He also went on to say that you can mitigate chronic coughing and irritation by vaporizing, using less, and of course, by ingesting in other forms that don't involve inhalation. Though there are limited studies on the safety of vaping, it has shown to be less harmful than smoking a joint, for example, because vaporizers heat instead of burn. Not only does vaping weed produce a more pleasant experience for new users (better taste and smell), but it also significantly reduces coughing since the active ingredients are released in the form of vapor, not smoke.

While the benefits of marijuana currently outweigh the risk, it's always best to use with caution as research on marijuana smoke continues to expand — and don't hesitate to speak with a medical professional before you try it out yourself.

Image Source: Unsplash / Andrew Haimerl
Any cannabis products referenced above are not intended to diagnose, treat, cure, or prevent any disease. The writer is not a medical doctor, and their experience is based on personal use, the results of which may not be typical or intended. The legality of cannabis products varies by state, and readers are encouraged to check their local laws before purchasing and using cannabis products. Nothing in this article should be construed as advice regarding the legal status of cannabis products. Any views expressed in this article by a third-party sponsor are those of such sponsor, and do not necessarily represent the views of POPSUGAR.
Healthy LivingMarijuana