In 2007, I reached my 70-pound weight-loss goal and I have managed to keep the majority of it off ever since. Yay for me, right? 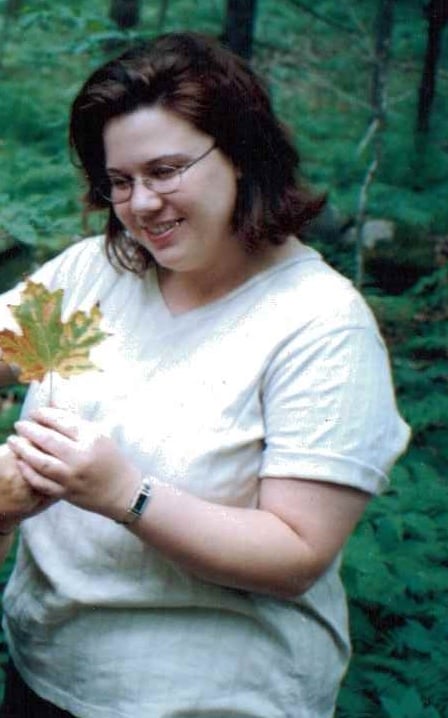 Losing that amount of weight has certainly been wonderful on many levels. I no longer have to worry about potentially developing obesity-related health problems. Goodbye limited plus-size clothing selections. And memories of mean childhood kids making "fatso" pufferfish faces in my presence? A thing of the past. 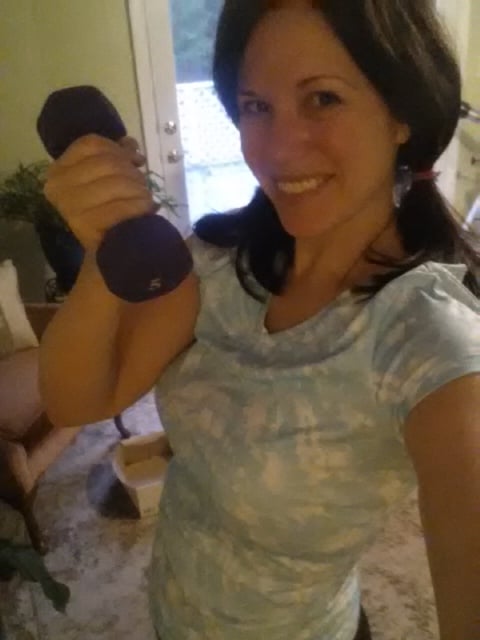 And a recent picture, nearly 10 years after losing 70 pounds.

However, losing so much weight also left me with excess skin in areas such as my lower belly and upper arms. I'm talking about hanging, flopping bits of skin that sometimes makes me still feel as though people will want to give me their best pufferfish face.

In my clothes, I'm a regular exerciser and an optimistic healthy-eating advocate. But naked in front of a full-length mirror, well, the small curved "W"-shaped apron of skin that falls at my lower belly is enough to make me think I should don some full-coverage granny panties and call it a day — every day. I also have slight underarm "wings." Yes, gym-going me has wings. 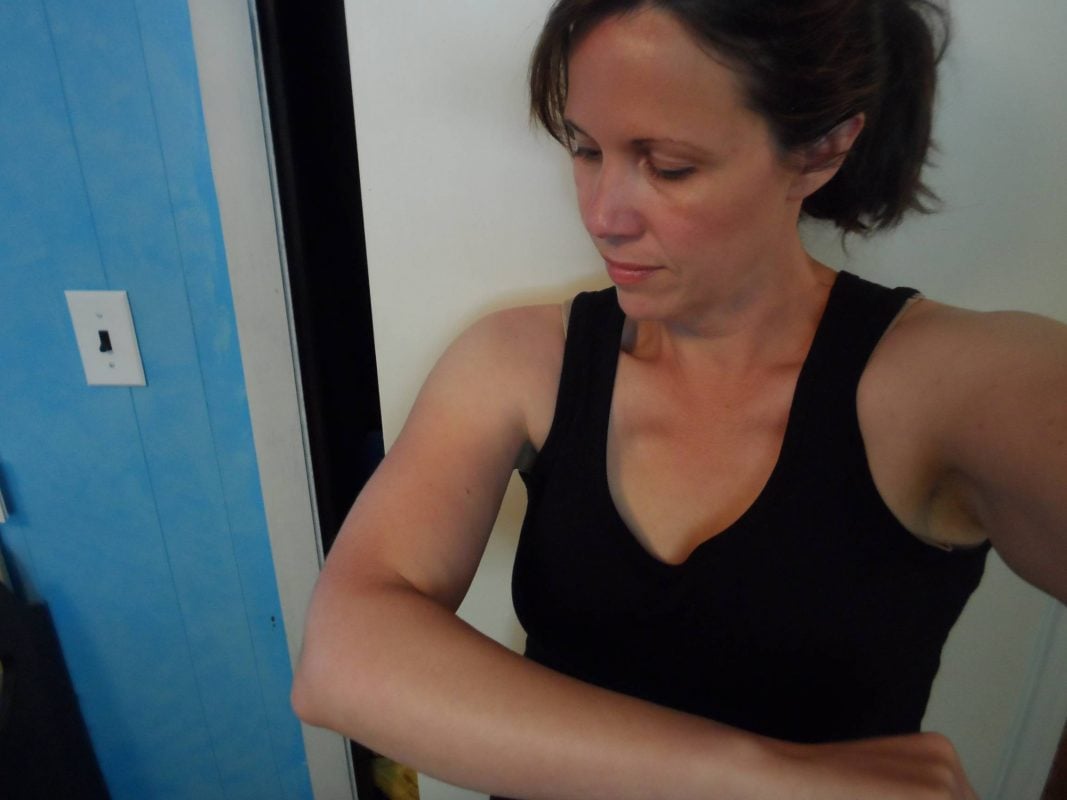 My arms appear somewhat toned at this angle . . . 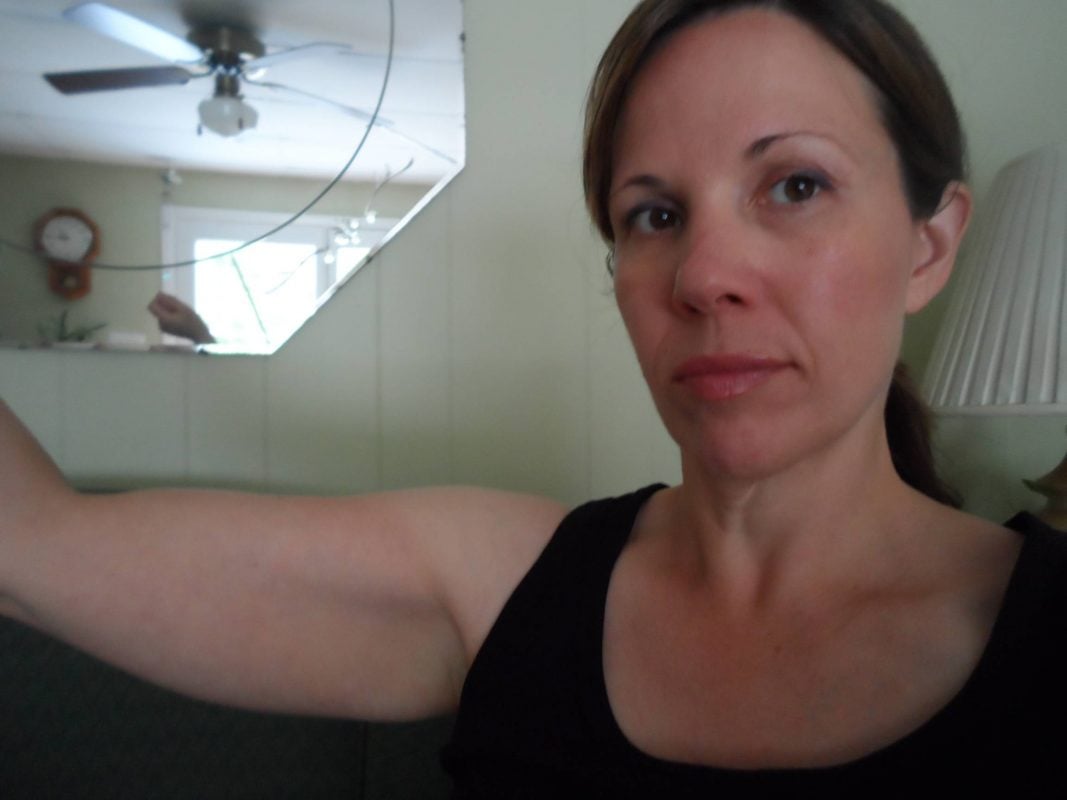 . . .But there's excess skin underneath that lingers.

After all, one friend of mine successfully underwent post-weight-loss skin removal surgery after losing over 100 pounds. She hasn't been happier.

Of course, articles and shows about the topic have also piqued my interest. I think, "Hey, if it worked for them, maybe it's for me too."

Who am I kidding?

I don't plan on ever having skin-removal surgery.

For nine years, I've carried this skin of mine around. It's been with me through a divorce and new jobs, my father's death and a new marriage. It's literally been by my side though thick and thin. I've navigated life's challenges and changes, my loose-ish belly and semi-floppy upper arms there each step of the way. They even saw me though phases where I continued to diet after the diet was over, something I've thankfully overcome.

Quite simply, that extra skin is a part of me, just like my fingernails, calves, humor, and imagination. It's who I am.

In the near-decade I've been carrying around my excess skin, I've also learned that ultimately, I was the only one who was truly preoccupied with my appearance. No one has ever waited outside for me just so they could make a mean flabby-arm-fatso face when I pass. People aren't whispering about my loose skin. No one's tweeting about this; #wingwomanJen isn't trending alongside covert pics of me taken as I exit the gym.

I have a loving husband, a great family, and kind friends. Of course, I'm also considerably healthier not carrying extra weight around.

All along, I've been the one letting this loose skin nonsense get the best of me. In part, I'm sure it's also fueled by society's obsession with body perfection and of course, the skin surgeries that can help make that, um, goal a reality.

Am I intrigued by the concept? Yes. But a curiosity in something doesn't automatically translate to an intention of actually carrying through with it.

Besides, there's a risk involved with any surgery, so unless it's medically necessary, I'll pass. Yes, plenty of people have had successful outcomes, but there's also been cases of botched surgeries too. Whether they've involved rhinoplasty, excess skin removal, or just an occasional Botox session to fix those so-called "elevens" between eyebrows, things can go wrong. It happens. And I won't take the chance. It's a person's prerogative, which I'm comfortable with. It's just that it's not for me, and that's OK.

Besides, the thought of being wrapped up in post-surgery gauze, confined to a bed for a while, and being limited in activities during the healing process seems to go against the very essence of what humans are meant to experience in the first place. We're supposed to move our bodies, explore the world in them, be free, and most importantly, be happy.

Yes indeed, me and my extra skin are choosing unrestricted happiness.

by Princess Gabbara 5 minutes ago