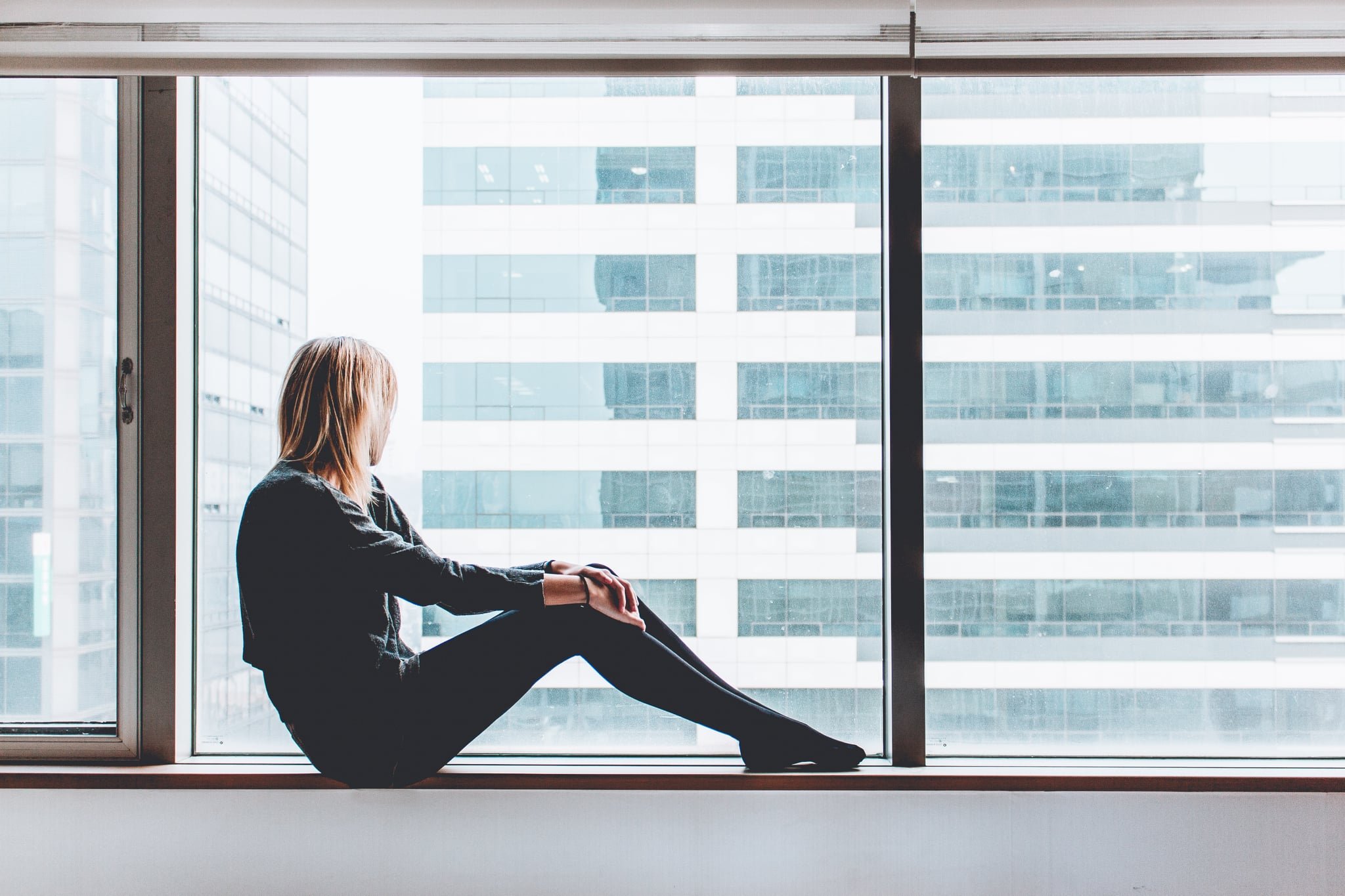 Borderline personality disorder (BPD) has made its way into the lexicon, thanks in part to the brave openness of comedian Pete Davidson, who revealed on SNL's Weekend Update a couple years ago that he had been diagnosed with the disorder. But while more and more people are becoming aware of BPD, it's still widely misunderstood. Unlike anxiety or depression, which are often talked about and recognized, BPD is a mental health disorder with a much more complicated diagnostic process and a wide range of symptoms.

We spoke with mental health professionals who explained what BPD is and its symptoms. If you think you may have borderline personality disorder, be sure to visit a psychiatrist or other health professional who can properly make the diagnosis. For more information on resources and treatment, visit the New York-Presbyterian Borderline Personality Disorder Resource Center or the National Alliance on Mental Illness (NAMI).

Related:
It's More Than Just Your Brain — These Are the Physical Symptoms of Depression

What Is Borderline Personality Disorder?

"Borderline Personality Disorder is a mental health diagnosis that is broadly characterized by instability and inability (exaggerated changes in mood) in one's emotions, attachment to others, and sense of self," licensed clinical psychologist Giulia Suro, PhD, told POPSUGAR. "It's often difficult to pin down because there are usually at least one or two other diagnoses present," she explained, including PTSD or an anxiety disorder.

Unlike depression disorders, anxiety disorders, or bipolar disorders, which are each their own classification of disorders in the Diagnostic and Statistical Manual of Mental Disorders (DSM-5), BPD is a personality disorder. Dr. Suro said people may not take personality disorders as seriously as other mental illnesses. "Often, [BPD] is stereotyped in a negative light and a picture is painted of a hysterical woman or vindictive girlfriend," she explained. "However, BPD is an incredibly severe mental illness."

"Borderline personality disorder involves disruptions of mood and behavior that are generally triggered by external stresses, real or misperceived," explained David M. Reiss, MD, a psychiatrist in private practice in Boston, San Diego, and New York City. People with other mental illnesses, such as depression or bipolar disorder, have moods and symptoms that are more based on brain chemistry than external triggers, he explained.

Related:
These Inspiring Celebs Who Are Open About Mental Health Prove You're Not Defined by a Diagnosis

Pinpointing the symptoms specific to BPD is tough since BPD is usually present with other mental illnesses, such as anxiety, depression, or bipolar disorder. In general, people with BPD may experience intense mood swings and view things in extremes, such as all good or all bad, according to the National Institute of Mental Health (NIMH). Other signs and symptoms include effort to avoid physical or emotional abandonment, unstable self-image, pattern of unstable relationships with friends and family, impulsive and often dangerous behavior, chronic feelings of emptiness, difficulty trusting, and problems controlling anger.

According to the NIMH, people with BPD may become angry and stressed over seemingly ordinary events, such as minor separations from people (i.e. traveling on a business trip). "While it may take one person a long time and an extreme situation to get to a nine or 10 in terms of anger, someone with BPD may shoot up the intensity scale due to something objectively small," Dr. Suro said. Like other mental illnesses, BPD varies from person to person and no two people experience BPD the same way. Some people may only have a few symptoms while others have many.

How Borderline Personality Disorder Is Diagnosed

There is no one test to diagnose BPD and diagnosis must be done by a mental health professional after a comprehensive clinical interview. The DSM-5 criteria for diagnosing a personality disorder, and diagnosing BPD in particular, is complex. To diagnose BPD, several criteria must be met, including:

But while there are certain boxes to check for a proper diagnosis according to the DSM-5, Dr. Reiss said adhering strictly to the DSM-5 isn't always viable for treating an actual patient with BPD. "Basically, you can go by this number of symptoms or that number of symptoms or this combination, but what I'd like to say is that it's great for insurance companies, but it's lousy for diagnosing people," he explained. "When I'm really diagnosing someone, I'm looking at how they function in life." He added that the best way to diagnose a full-blown borderline personality disorder is not if the patient meets a certain number of the criteria but if the symptoms are chronically present and problematic.

"There's some people who can fall into it, but then have the ability to realize and pull themselves out and I would describe that as having borderline traits as opposed to a personality disorder," Dr. Reiss explained. "So it is a spectrum and there's no clear place where on that spectrum it becomes a disorder as opposed to traits." Overall, he evaluates each patient individually and determines a diagnosis based on how problematic his or her behavior is on the ability to function.

"The bottom line is when I'm working with someone clinically, I don't go by the diagnosis — I go by what they're presenting," he said. "So whether I make the diagnosis on paper is really dependent on what we're working with in the treatment."

"The cause of BPD is multifactorial with research indicating that genetics and environmental factors both play a big role," Dr. Suro said. Although it's tough and inaccurate to pinpoint exact instances that could trigger BPD, there are some risk factors associated with the disorder. Some of these include having a family history of BPD, and brain factors; people with borderline personality disorder may have structural or functional changes in the brain that affect impulse control and emotions, according to the NIMH. There are other environmental, cultural, and social factors that impact someone's susceptibility to having BPD, such as trauma, and unstable childhood, or abandonment.

To develop BPD, Dr. Reiss explained, "you probably need some degree of biological vulnerability and some degree of external stress," he said. "But whether that's 90/10 or 50/50 in either direction really depends on the individual and the individual's underlying biochemistry and life stresses."

How Borderline Personality Disorder Is Treated

Borderline personality disorder is typically treated with a combination of medication and psychotherapy. Dr. Reid said therapy is needed to tease out the symptoms of BPD and separate it from other coexisting disorders and is key in managing and treating BPD long-term, although which therapy and which medication to use are highly individualized from person to person.

"The best way I can put it is that you treat the person, not the diagnosis," Dr. Reiss said. To make matters more complicated, people with BPD tend to cycle through symptoms and can be more open to therapy and intervention at differing times. In fact, Dr. Reiss said he sees a lot of what he calls "polypharmacy," where patients are on a little bit of everything — antidepressants, mood stabilizers, antipsychotics — as opposed to deliberately taking medication to target specific symptoms at the right times. Dr. Reiss prefers prescribing a low-level antidepressant as a "safety net" and antianxiety medication that's not a benzodiazepine (Xanax, Valium, Klonopin) since benzodiazepines can be addictive, especially for people with BPD, he said.

If the patient is experiencing mood swings or dysphoria (profound state of unease), they may be prescribed mood stabilizers, or antipsychotic medication, which may help with other symptoms of BPD. What medication you take and when you should take it should be determined by your doctor.

"The idea of using irreverence or confrontation — interventions that you wouldn't normally use in a typical therapy — is essential in dealing with borderline," he explained. "A lot of times I can engage a person on that level; a person who's pretty borderline will engage on respecting my irreverence and my willingness to just use whatever language I feel comfortable with and they feel comfortable with, which is very different from a more classical therapy."

Borderline personality disorder is still widely misunderstood, but it's nothing to be ashamed of or stigmatized. It is estimated that 1.6 percent of the US population has BPD, but that number could be as high as 5.9 percent, according to NAMI. And while it may take some trial and error to come to a proper diagnosis and seek proper treatment, help is available. People with BPD can go on to live happy, successful lives.