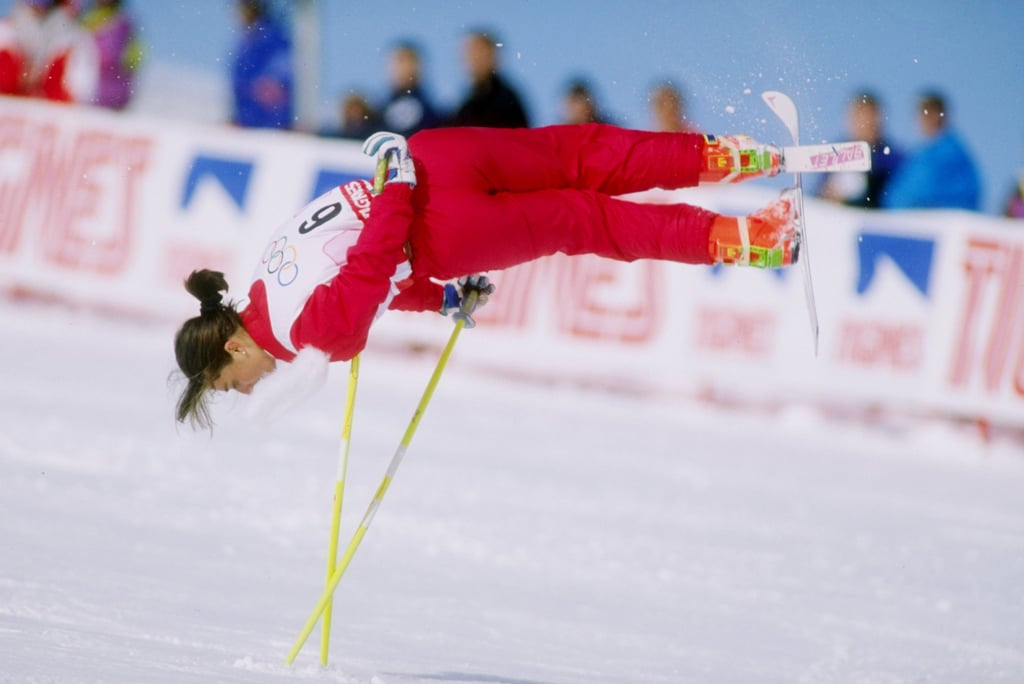 Hey Hi Hello, Did You Know Ski Ballet (Yep, Ski Ballet) Was Once Part of the Olympics?

Today in "you learn something new every day" news, I just found out that ski ballet — yes, ski ballet — was once part of the Winter Olympics, and I'm honestly about to pick up my (nonexistent) pitchfork and demand that it makes an official comeback. This majestic AF freestyle skiing discipline involves athletes spinning, flipping, and twirling their bodies down a smooth, snowy slope, all while wearing skis and using ski poles. It's basically like the gymnastics and figure skating hybrid I never knew I needed in my life, and it's just as amusing as it sounds. Behold, the sheer glory of ski ballet:

Unfortunately, this one-of-a-kind sport sputtered out of existence before I was born into this world. Ski ballet was included in both the 1988 and 1992 Winter Olympics as a demonstration sport, meaning that it was played simply to promote the sport, and medals weren't counted as official. When the 1994 Winter Olympics in Norway rolled around, ski ballet was dropped from the lineup due to a lack of interest, NBC reports.

But alas, among all the 2018 Winter Olympics buzz, the long-lost discipline was resurrected from its snowy grave and given a new life. A handful of tribute articles and videos about ski ballet began circulating on social media, leaving many wondering why on earth the world was robbed of its gloriousness. Read on to learn more about the entertaining sport of Olympics past and to see what else people on Twitter are saying about it. Now, excuse me while I start an official campaign to #BringBackSkiBallet. Who's with me?