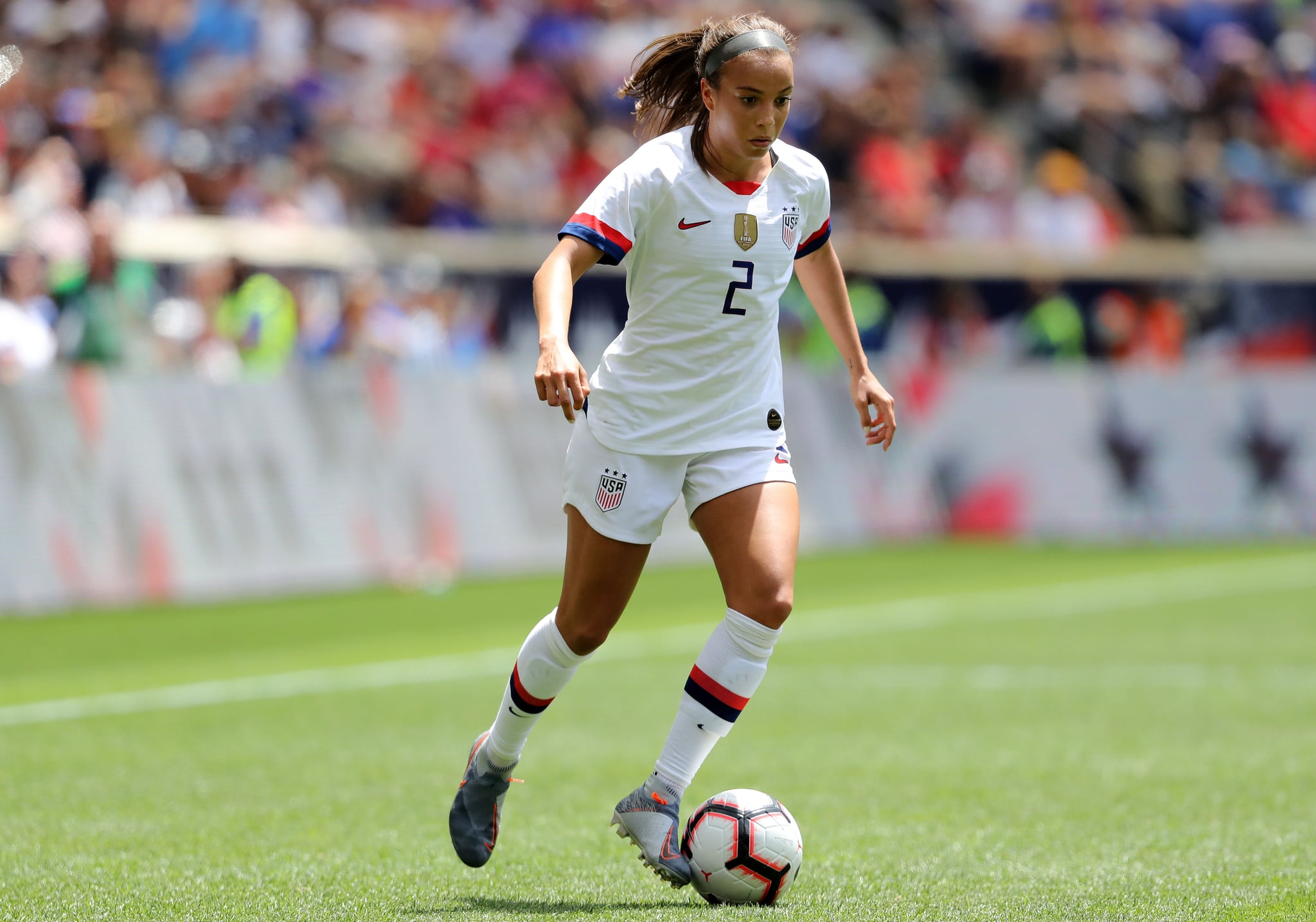 Speed. Agility. Power. Mal Pugh has got it all. The 5'4" forward is the epitome of a badass, and we feel sorry for all the teams that have to face off with her. Mal may be a World Cup rookie, but she's no rookie when it comes to skill. Get ready to hear her name nonstop over the next two months, because we have a feeling she's going to play a key role in the success of the US women's national team. Find out more about the phenom ahead.

At the SheBelieves Cup, and in honor of Women's History Month, the US team recognized "powerful, influential, iconic, and inspirational women" during one of their matches, the official team site said. Mal chose to don Beyoncé's name because, "She's a badass. She's confident and is just a good role model for women in general because she represents something that is so much bigger than herself," she said.

She May Be Young, but She's Ready

Yes, that was a reference to Queen Bey's "Party." In December 2015, Mal became the youngest player in the last 11 years to get called up to play for the women's national team. She scored her first goal on the team in January 2016, and she's been an unstoppable force ever since. At 21, this will be her first World Cup appearance.

Mal attended UCLA on a soccer scholarship for one semester to get the collegiate athlete experience. Ultimately, she decided to forgo collegiate soccer and turn pro. Mal currently plays for the Washington Spirit.

In 2016, Mia Hamm shouted Mal out on Twitter saying, "Speed kills but technical speed absolutely annihilates defenders. Mallory Pugh is for real." Ahead of the FIFA Women's World Cup, Mal penned an article for The Players' Tribune and said, "Mia Hamm was one of my biggest heroes growing up, so I'm hoping that I can make a statement at this Summer's World Cup — just like she did back in 1999."

She Does This Ab Routine Before Every Game

In a previous interview with POPSUGAR, Mal admitted that she's not really superstitious. Instead, she likes to do one thing before every game to feel her best — this 10-minute ab routine. It's full of planks and strengthening exercises that will have your core shaking uncontrollably.

Her Goal For the World Cup and Beyond

In her post for The Players' Tribune, Mal said, "I have a goal. It's for this year, for the World Cup, and beyond: I want to be the best at everything I do." We hear you and are rooting you on, Mal!