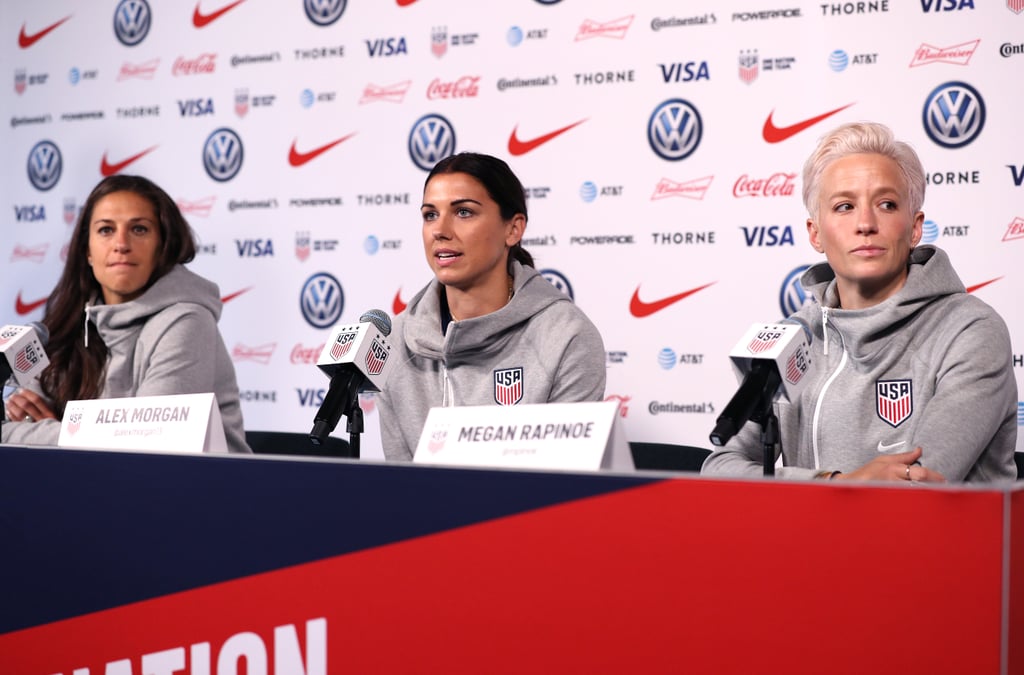 Here's Everything You Should Know About the USWNT's World Cup Cocaptains

There may be 23 women on the US women's national soccer team roster for this year's Women's World Cup, but three of those players have a role that involves more than just their skills on the field. Three cocaptains have been chosen to lead the USWNT in the tournament, with those selections based on number of caps (or appearances at the international level), as well as what they can offer the team in terms of leadership.

Since 1985, there have only been 13 captains (including the team's current captains), so it's not a responsibility that's given lightly. Collectively, these cocaptains boast 255 lifetime goals, 590 caps, and — most importantly — the ability to boost morale and bring their team together. Here's everything you should know about the USWNT's three World Cup captains.

Olympics
After Securing Her Olympics Spot, Sha'Carri Richardson Ran Straight to Her Grandma's Arms
by Karenna Meredith 11 hours ago