A sales associate at the mall recently brought up the fact that he lost 70 pounds. A special diet got him on track, he told me, after which he pointed at the filing cabinet in front of him.

"When I was heavier, that would have probably toppled on top of me," he said, rising from the floor. Moments earlier, he lost his balance while rising from a crouched position, clenching on to one of the handles as part of a fast-thinking response. However, his significantly lighter body prevented him from pulling the cabinet over and pinning him underneath.

"Yep, I lost a ton of weight and have never felt better," he said.

As he spoke, I caught glimpses of all the telltale signs of a health-conscious man proud of his achievement: the gallon-sized water container perched by his register, a black Fitbit curled around his wrist, and, most notably, his unending enthusiasm. 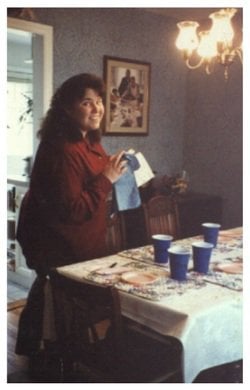 Immediately, flashbacks of my own weight loss back in 2007 — interestingly, the exact same 70 pounds he experienced — entered my mind. I vividly remember the days of telling just about every stranger that I met about my weight loss. Of course family and friends saw my transformation too, thrilled to see a new me emerge.

He brought the topic up yet again, momentarily interrupting my own fat-to-thin memories, as if trying to elicit more dialogue. I met his eyes, offered only a slight smile and a congratulatory "good for you!" My comment was genuine, but the conversation — at least on my end — stopped there.

I could have told him that I, too, lost a lot of weight after spending most of my late childhood, teen, and early adult years playing roller coaster with the scale. I could have told him about the kids who puffed their cheeks out from their car window as I pulled up alongside them and how that bothersome thought still lingers to this day. I could have discussed weight-loss maintenance ideas with him, probing deeper into how he keeps it off and what food temptations he overcomes to stay in shape. I could have. But I didn't. 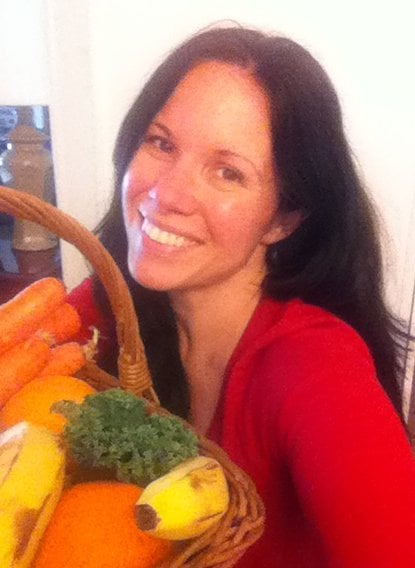 A more recent photo of how I look today

Truth is, I've become drained from the endless conversations I've faced over the near decade I've lost and maintained (ish) so much weight. I'm mentally exhausted from all the "How'd you do it?" and "Is it hard to keep the weight off?" questions. I'm done with the days when others used to glance at my plate, saying, "I'm going to eat what you do so I can be a skinny thing too." I'm even exhausted by my own thoughts as I recall losing weight well after I no longer needed to, including a time when I felt that, as a size 2, I wasn't small enough to justify sitting in the presence of the area's recommended eating disorder counselor. No matter how small, I thought myself physically big yet simultaneously felt invisible in the world. Ironically, I reasoned that making myself smaller would give me a bigger presence. If that makes any sense.

I've been in his shoes, fresh off the scale with numbers I enjoy seeing, beaming with energy and confidence. But now, nearly 10 years later, I simply tire of the conversation more than I did in the beginning, many times inwardly rolling my eyes when people work themselves into a tizzy when they eat a second slice of pizza or cut their run a minute short.

It's not that I'm not excited to be a weight-loss success story or that I don't appreciate others' similar successes. I still enjoy fitness, nutrition, and wellness and believe it's best to be at a healthy weight. My love of the elliptical and getting in my zone at the gym hasn't gone by the wayside, nor has my interest in primarily eating fresh, whole fruits and veggies.

Had this little conversation with the sales associate taken place even a year ago, I would have burst with excitement, piping up that I, too, lost the exact same amount of weight oh so long ago. I know from past discussions with others that several minutes of weight-speak would have ensued, from the treadmill inclines we find ideal to sharing a "But it doesn't taste like cauliflower" rice cake recipe. We'd bond, we'd say goodbye. Then I'd leave, committing a newly learned bicep exercise to memory as I pass Sephora, JCPenney, ultimately making my way to the parking lot.

Except this time around, I'm happy to offer nothing of my experience, oddly satisfied with my silence. I say goodbye, pass a few stores, and then enter the parking lot. I drive away, not knowing where the road will take me next — and I'm excited, even comfortable, with wherever that may be and however ordinary that may seem.