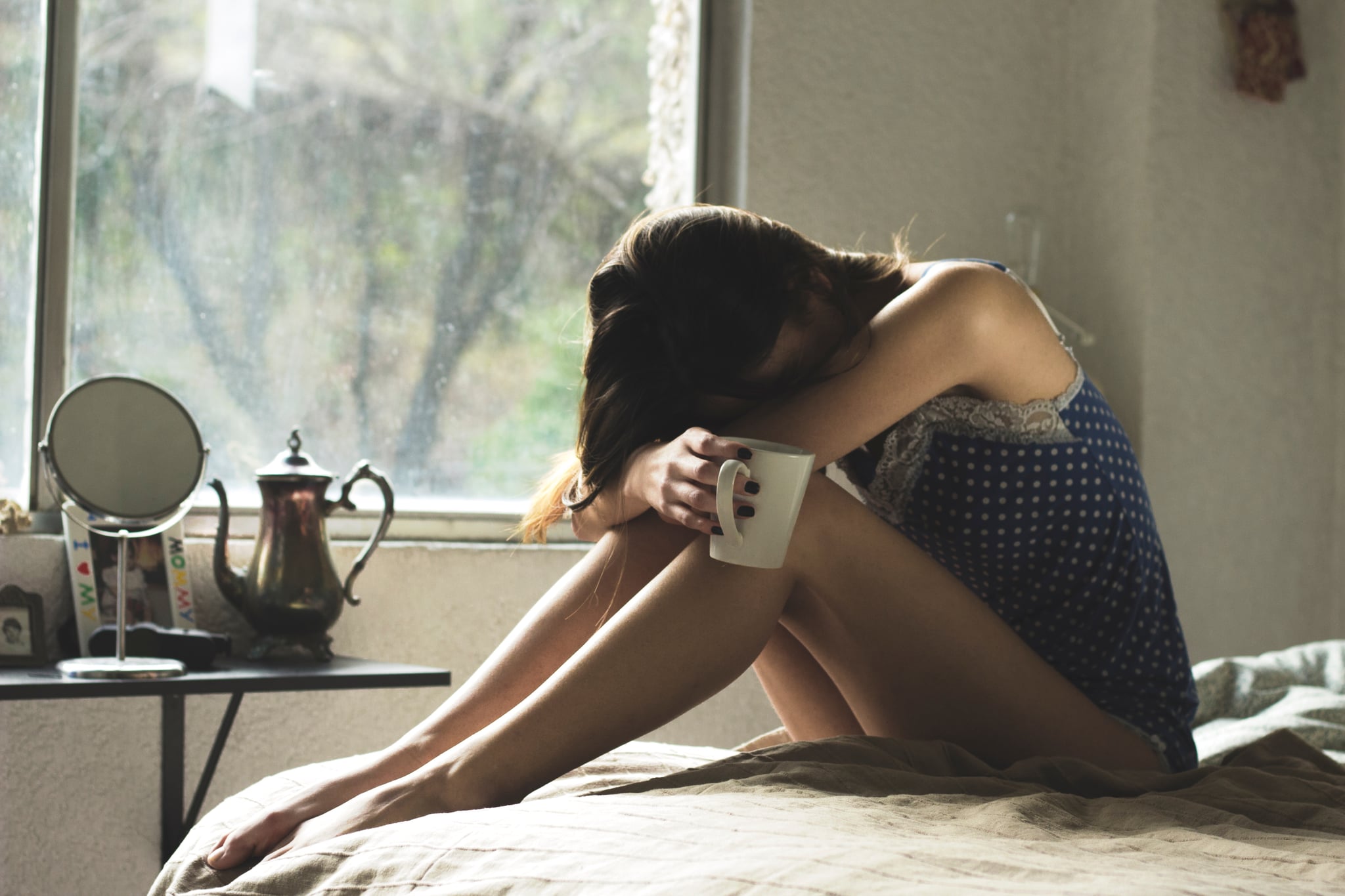 There's heavy bleeding during your period (It blows, by the way!), and then there's scary bleeding. The difficult part is figuring out if your period flow is normal or not — and, if you've suffered from heavy menstruation for most of your life, that might be easier said than done. Unfortunately, if you have any doubts and think your period might be abnormal, you might be at risk for disease and long-term consequences, which means it's time to speak to your physician.

Menorrhagia, the medical term for heavy periods, can have many causes, including "structural fibroids, polyps, cancer, and hormonal fluctuations," says Dr. Natasha Chinn, MD, an OG-GYN at Brescia Medical Pain in Hoboken, NJ. "First, you have to figure out the cause for your menorrhagia, so we can better determine how to treat it," she says. Again, you absolutely need a doctor to evaluate you, but here are just a few probable causes for your heavy monthly flow.

Heavy periods are a symptom of endometriosis — a condition in which tissue that lines the inside of your uterus grows outside instead — but there's also severe cramps, back pain, and pain during sex. "Many women with endometriosis can get heavy periods," the doctor says adding that it's important to seek help from your OB/GYN if you suspect this might be the culprit. "Through looking at a patient's history, we can identify the debilitating symptoms of endometriosis, which interfere with your quality of life," Dr. Chinn says. True diagnosis is done through Laparoscopic surgery, which your doctor will suggest if necessary. "Often times, your symptoms can be relieved with birth control pills and surgery," she says, adding that an anti-inflammatory diet also helps with symptoms.

Endometrial polyps are growths of endometrial tissue that attach to the inner wall of the uterus. "Around halfway through your menstrual cycle, your body forms polyps which may grow with fluid or blood," Dr. Chinn says. "If they are filled with blood, you could bleed," she says, which means you will have irregular bleeding that resembles anywhere from light spotting to a regular or heavy period. Estrogen levels may play a part in polyp formation due to fluctuating levels throughout the cycle, the doctor says. Hormonal medication and surgery are common treatments.

Fibroids are noncancerous growths in the uterus made of smooth muscle (not of uterine lining, like polyps are). Just like with polyps, "depending on their location and size, they can cause heavy periods and heavy bleeding between periods," Dr. Chinn explains, so if you're spotting, take note. Often, fibroids don't immediately present any discomfort, and you might not realize you have them for months or years.

An ultrasound or internal palpation during a physical exam can diagnose them, depending on their size. Treatment includes medication, including certain types of birth control, and even nonsteroidal anti-inflammatory drugs (NSAIDs), like aspirin.

Related:
How Learning I Have Fibroids Made Me See My Painful Periods Differently

A lifelong disease, Von Willebrand prevents your blood from clotting normally, which can lead to very heavy periods, Dr. Chinn says. "Heavy periods caused by Von Willebrand disease often require hospital admission and even blood transfusions," the expert adds. If Von Willebrand is to blame for your heavy menses, you'd be changing your pad or tampon about once an hour, showing clots in your bleeding, and signs of fatigue. A blood test can help with diagnosis and to identify if you have symptomatic anemia, which comes from heavy blood loss.

A hormonal progesterone IUD can provide relief, and if you plan to get pregnant you'd need to have a discussion with your doctor. "When pregnant, you have to be careful, as hemorrhaging during delivery is a higher concern," she says.

Health
If You Experience Lower-Back Pain From Sitting, Here Are 8 Ways to Find Relief
by Maggie Ryan 1 hour ago

Health News
Monkeypox Cases Are Spreading; Here's What You Need to Know
by Jenny Sugar 3 hours ago

Halsey
Halsey Responds to Hurtful Comments About Their Health: "Let Me Live"
by Chanel Vargas 3 days ago