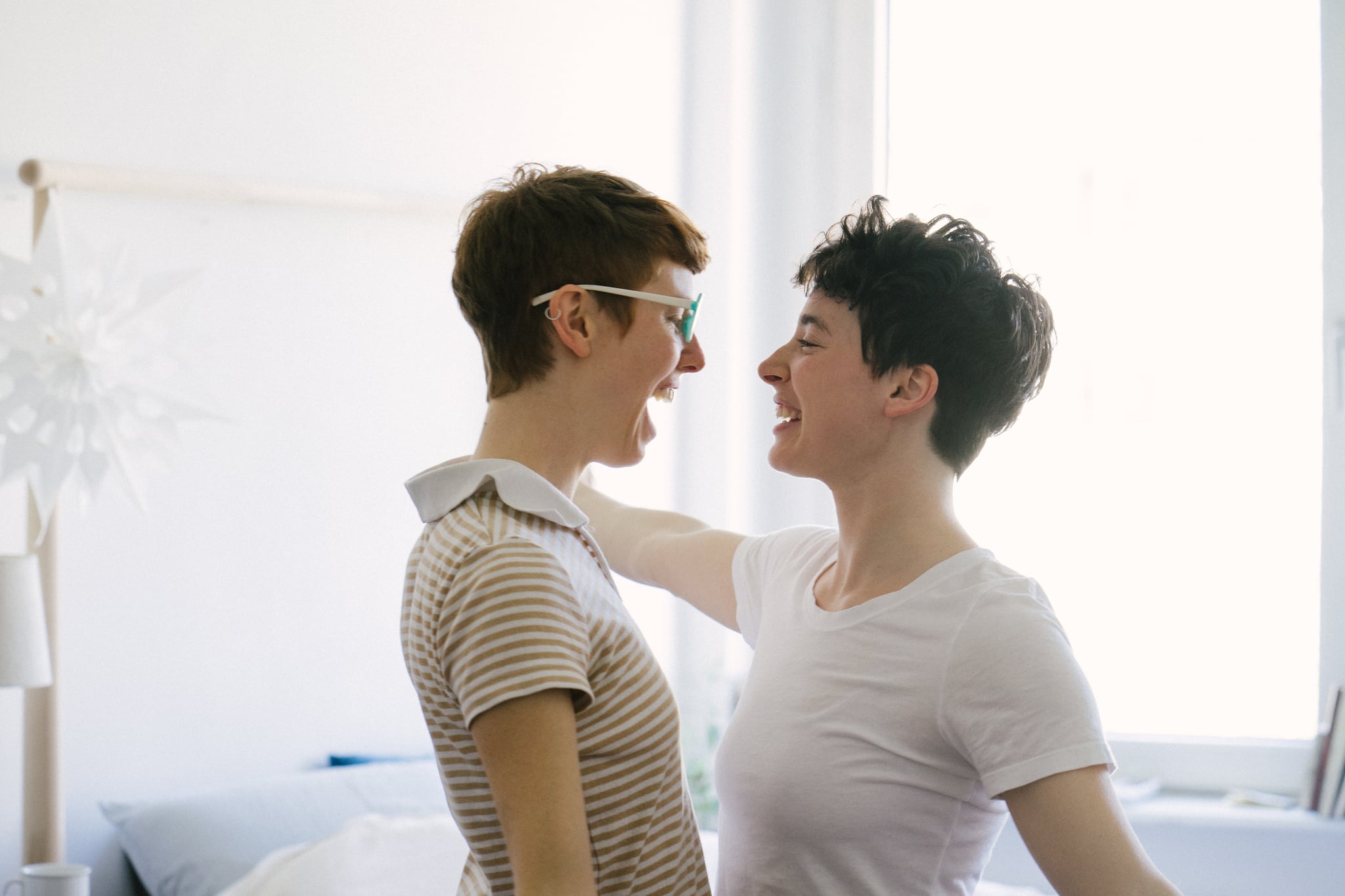 Here's something to think about: one in two sexually active people will get an STI (sexually transmitted infection) by the age of 25, and half of the 20 million new cases of STIs reported each year occur among 15- to 24-year-olds, according to the American Sexual Health Association. That's why the CDC recommends women under 25 who are sexually active get tested for common forms of STIs like chlamydia and gonorrhea annually. Talking with your doctor and partner about these sexually transmitted infections — often called STDs (sexually transmitted diseases) but more accurately referred to by many health professionals as STIs since most don't become actual diseases — can be, well, awkward. We're here to help, with the guidance of two ob-gyns and Remi Cruz, one of YouTube's most genuine, well-known vloggers.

Anyone, regardless of who your sexual partner is or what kind of sex you're having, can contract an STI. "STIs are sexually transmitted across all kinds of sex," Jennifer Conti, MD, an ob-gyn at Stanford and cohost of The V Word podcast, told POPSUGAR. Jessica Shepherd, MD, an ob-gyn and gynecologic surgeon at Dallas's Baylor University Medical Center, said it's important for people in any type of sexual relationship to get tested for STIs, no matter the type of sex or gender of the participants. "This is true especially if there are sex toys involved, as they can carry infections as well," she noted, adding that when two people with vaginas have sex, they are at a greater risk of bacterial vaginosis, which increases the likelihood of transmitting STIs.

Common STIs include chlamydia and gonorrhea (these are the ones that the CDC recommends you get tested for each year if you're under 25 or have new sex partners). Trichomoniasis is another one of the most common STIs, with about a million new cases in the US yearly. Testing for these is easy, Dr. Conti said, because it's "typically through a urine test or even in combination with your pap smear." Some may require blood tests. Dr. Shepherd said that these STIs may or may not show symptoms, so it's a good idea to proactively get tested if you're sexually active.

For example, chlamydia symptoms can be mild to the point where you don't notice them, or they can appear several weeks after you've contracted the infection, according to the CDC. If symptoms do occur, they could include abnormal vaginal discharge and painful urination. Same goes for gonorrhea — most women with gonorrhea don't have symptoms, but if they do, they're similar to chlamydia symptoms with the addition of vaginal bleeding between periods. Herpes is a common STI as well that might not result in noticeable symptoms at first, or the sores that appear might be confused with ingrown hairs or pimples. If the blisters break, then you'll probably experience painful sores accompanied with flu-like symptoms.

All STIs are treatable, but only some are curable, Dr. Conti said. Bacterial infections like chlamydia and gonorrhea respond well to antibiotics, but a viral infection like HIV is not yet curable. It can, however, be treated with a combination of drugs called antiretroviral therapy (ART) that help manage the progression of the virus. Hepatitis C, she explained, is an example of a viral infection that only recently became curable with the medication Harvoni. The CDC recommends HIV testing once a year at minimum for people who have unprotected sex or share intravenous needles for drug use, and you should get tested for HIV at least one time if you're between the ages of 13 to 64, the CDC advises.

Related:
The Symptoms of Chlamydia No Woman Should Ignore, According to a Doctor

Getting Tested For STIs "Is Self-Care"

Remi, 24, who has partnered with the American Sexual Health Association's Yes Means Test campaign, opened up on her podcast Pretty Basic and, later, her online platforms, about losing her virginity last year. (You can watch Remi's Yes Means Test campaign video here.) Remi, with a YouTube following of over 3.7 million subscribers — her channels are MissRemiAshten and RemLife — and over a million more on Twitter and Instagram combined, told POPSUGAR that she didn't think about getting tested before she was sexually active. Now, she values it as a form of self-care because she's putting herself first, and it's the safe and smart thing to do.

Remi was scared to get tested but reflected that there's nothing to be afraid of because it's convenient and "completely painless." She said, "I thought it was going to be a giant performance, and it ended up being you walk in and you walk out. It's so easy." Most insurance covers STI testing, Dr. Shepherd noted, and if yours doesn't, or if you don't have insurance, many clinics offer confidential testing for free. You can find a clinic near you at yesmeanstest.org.

How to Start the Conversation About STIs

Some gynecologists test for STIs as a routine part of a regular checkup, Dr. Shepherd said, but many wait until their patients ask to be tested, "so be confident in speaking up." Sharing your sexual history and experience with your doctor is the only way they'll know what tests are right for you, she explained, and if you don't feel comfortable, you may want to consider switching doctors.

In terms of asking your partner about STIs, Remi stated the obvious: it might be uncomfortable. From her personal experience, she said it can involve a lot of stress, but "you won't regret it in the end." No matter how the conversation goes with that person, Remi stressed the importance of going to get tested — and so did both ob-gyns — because of the fact that many STIs can be unknowingly transmitted if symptoms aren't significant enough to be detected in the first place.

Having conversations about sex and sexual health is part of a healthy relationship, Dr. Shepherd said. If you get a positive test result, this can be another uncomfortable situation, she told us, but she encourages people to discuss the reality that STIs are common (she referenced the stats we mentioned earlier). She continued, "Sharing the news is a proactive and healthy way to take care of your personal health and the health of your partner. It's better to be up-front and honest."

There's a negative stigma around contracting — even talking about — STIs, Remi said, but she believes that helping spread awareness is her duty. In today's society, losing your virginity in your 20s is considered "late," and opening up about feeling those pressures really resonated with Remi's online audience. Hearing from her followers, many of whom have sent her messages thanking her for providing them with resources to find clinics near them, reminded her of the impact her platform can have. "I'm glad that I can be the voice for someone who may be confused about a lot of this stuff," Remi said. It's what she would have wanted growing up.

At the end of the day, STIs are normal and if not curable, most are treatable. For more information on STI prevention, symptoms, and treatment, head over to the CDC website and yesmeanstest.org.

Related:
The STIs That Condoms Can't Completely Protect You From, According to an Ob-Gyn
Image Source: Getty / RoBeDeRo
Healthy LivingHealthSexSTDsSexual Health