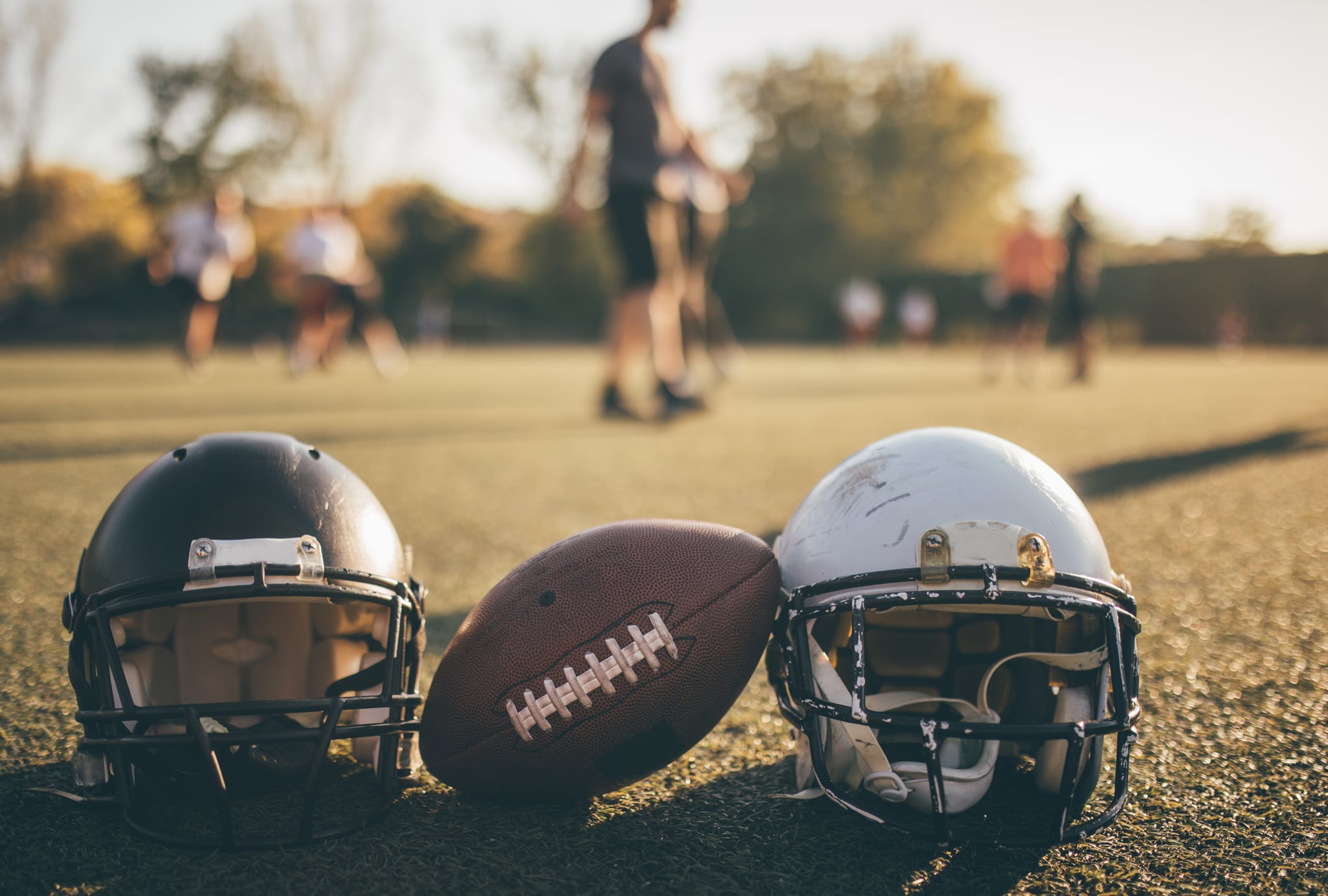 As the US continues to deal with the novel coronavirus (COVID-19) pandemic and related fallout, conferences around the country opted out of fall sports altogether, hoping to postpone play until the spring of 2021. Regardless of whether conferences still hold their regular seasons, NCAA President Mark Emmert announced on Aug. 13 that the NCAA cannot have Division I fall championships due to the lack of participation amid COVID-19. Those championships will take place in the spring and will include sports such as cross country, field hockey, soccer, and women's volleyball.

This championships cancellation applies to all Division I sports except for football conferences in the Football Bowl Subdivision (FBS). NCAA spokesperson and Assistant Director of Communications Jeremy Villanueva told POPSUGAR that championships for the FBS are still on track to happen because "the Division I College Football Playoff and bowl games are independently operated, and the NCAA does not receive revenue from these events." That being said, while major conferences initially opted out of fall college football, they are reversing their plans.

Related:
NCAA Men's and Women's Tournaments Have Been Canceled Due to Coronavirus Concerns

Is NCAA Division I Football Canceled?

After the Big Ten initially announced on Aug. 11 that all of its sports were postponed, the conference revealed that football will actually be returning on the weekend of Oct. 23-24. Teams will attempt to play eight games in eight weeks before the conference championship on Dec. 19, and no fans will attend football games. The Big Ten will begin to implement daily rapid testing at the end of September, ESPN reports, with test results required before each game and practice.

The Pac-12, which postponed all sports through the end of 2020 at first, announced on Sept. 24 that it will officially start a seven-game season on Nov. 6. The conference championship game is planned for Dec. 18.

Other Power 5 FBS football conferences — the Southeastern Conference (SEC), Atlantic Coast Conference (ACC), and Big 12 — committed to playing in the fall; ACC and Big 12 teams have already started their football seasons, and SEC kickoff is on Sept. 26. Outside of the Power 5, the Mid-American Conference (MAC) is reportedly voting on Friday, Sept. 25, for a six-game season that would begin on Oct. 24.

Championships for the Football Championship Subdivision (FCS), the other subdivision of Division I college football that includes Big South, Missouri Valley, and Ohio Valley, will not take place this year, but rather in the spring. FCS conferences opted out of the fall football season anyway, and as of Sept. 22, a 16-team playoff for FCS football has been approved for the spring.

Basketball Gets a Start Date, Hockey Is Pushed Back

It was reported on Sept. 16 that the Division I (DI) Council approved a Nov. 25 start date for DI men's and women's basketball. Preseason practice will begin on Oct. 14. As of Sept. 10, the Hockey Commissioners Association (HCA) representing the 11 men's and women's hockey conferences in DI made the decision that the start of the 2020-2021 season will be delayed until Nov. 20 or thereafter.

What About DII and DIII College Sports?

Division II (DII) and Division III (DIII) championships for all fall sports are canceled and will remained canceled, Villanueva confirmed. This, unlike DI, includes football because the NCAA hosts those championships, he clarified. In addition, conferences across divisions that have opted to continue sports this fall can still conduct their regular season however they choose, regardless of the championships cancellation. Nine DII football teams are set to begin play Sept. 26.

"We cannot, at this point, have fall NCAA championships."

NCAA President Mark Emmert discusses the latest developments in fall sports and looks ahead to winter and spring championships.

What More to Expect For College Sports Amid COVID-19

Villanueva noted that championships in the winter and spring are currently scheduled to take place as planned, and committees in each division will ultimately need to make a decision for themselves otherwise. "That doesn't mean that we shouldn't and can't turn toward winter and spring and say, 'OK, how can we create a legitimate championship for all those students?'" Emmert said in the video above. "There are ways to do this. I'm completely confident we can figure this out."

Emmert continued, "We can use the fall to keep kids healthy, keep them engaged with their coaches and their athletic departments, focus on their academic success, work with them, [and] let them practice and stay ready to play." As for how this will impact scholarships, ESPN reported that for Pac-12 student athletes specifically, they will continue to have their scholarships guaranteed.

We watched the COVID-19 pandemic disrupt college sports in the spring of 2020, and it continues to affect the seasons of student athletes who had hoped to compete in the fall. For more updates on college sports in light of COVID-19, visit the NCAA website and the websites of individual conferences.

Fashion Trends
Why Racket Sports Are Taking Over Your Friend Group, TikTok, and Closet
by Kalea Martín 2 hours ago

Sports
US National Teams Are Splitting World Cup Prize Money. The Internet Is Mad About It.
by Maggie Ryan 7 hours ago