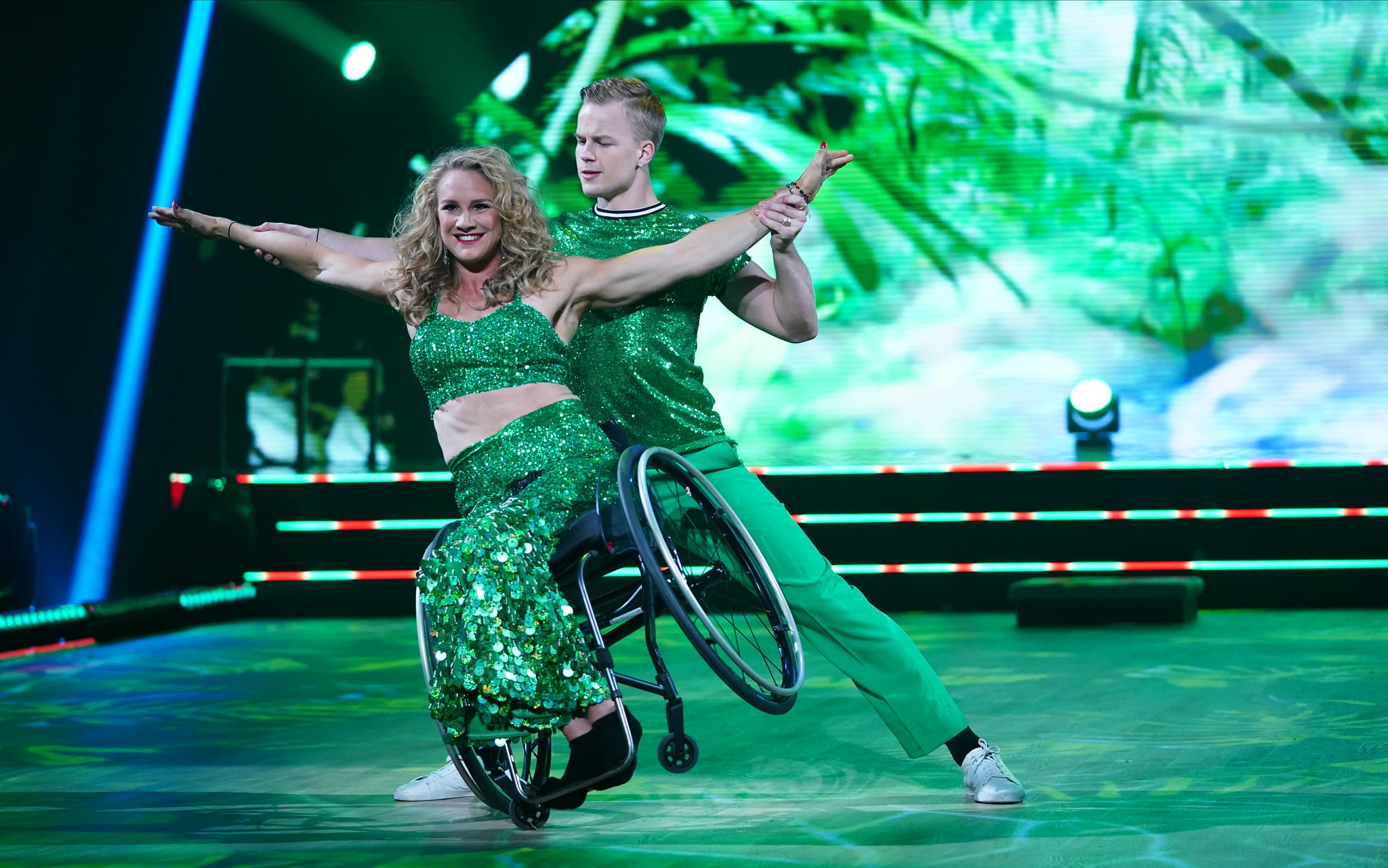 In the fall of 2020, Paralympian Birgit Skarstein twirled her way onto season 16 of Skal Vi Danse, Norway's version of Dancing With the Stars. She did not make it into the finale, but she broke barriers as the series's first contestant in a wheelchair. She and partner Philip Raabe lasted eight weeks, and despite showcasing spectacular choreography, she received backlash for being on the show.

Skarstein told POPSUGAR that the negative comments and skepticism came when people first found out that she was set to compete because they didn't understand how someone in a wheelchair could dance (according to a BBC Studios Nordic spokesperson, the first-ever Dancing With the Stars contestant in a wheelchair was parasnowboarder Bibian Mentel for the Netherlands in 2019). Then, when the show premiered, there were viewers who reached out saying Skarstein had changed their minds with her impressive tricks and expressive body movement.

Even still, when she and Raabe became the first pair to get a perfect score that season — four 10s — people argued they should have received half the points because they were "only dancing with half the body," the Norwegian multisport athlete said, laughing it off. "It's all about seeing it as something more than steps," she explained. "Dancing is so much more, but I think that if you're used to only seeing dance as steps in your legs, you need to kind of reprogram your brain a little bit."

Through the criticism came positivity from people whose doubts were proven wrong with each new episode. "What we definitely got the most messages about, and that definitely most people are sending us messages about, was that they saw new opportunities and possibilities that they didn't see before," Skarstein said. For example, she utilized her upper-body strength to do stunts (like the aerial silk work seen in the video ahead), and she and Raabe also did floor choreography for one of their dances.

Ultimately, Skarstein's creativity and talent inspired viewers from all walks of life. "It was really touching to see little kids sitting in their wheelchair in front of a television and dancing to our choreography and saying that they were scared of dancing before, but now they also want to dance," she said. "And also kids without disabilities. Parents saying that their kid, who doesn't have disability, came home with her friends, and they were going to play Dancing With the Stars and everyone wanted to be me."

Skarstein continued, "They also have a different way of looking at dancing and opportunities, and they don't limit themselves to what they've seen before." She added, "That makes a big impression on me because it means that you're actually reaching out to kids who will see a wheelchair for the first time in their life, and they will see it as something cool. And that is really important for the next generation coming."

Skarstein hurt her leg in a swimming accident in 2008. After a series of surgeries, her leg was almost healed, and she said she was paralyzed from the waist down a year later while being given an epidural for a different surgery that aimed to move a bone from her hip to her ankle. She was 20 when she was paralyzed and began training in the hospital to get stronger. "I figured that the stronger and fitter I am," she noted, "[it's] going to give me freedom to live the life I want to live."

Skarstein took up rowing in 2012, and she competed in two Paralympic Winter Games (2014 and 2018) for para-cross-country skiing. As the reigning world champion in pararowing, she qualified for the upcoming Tokyo Olympics. Now 31, when she looks back at her first Paralympics, especially in the summer of 2016 where she just missed the podium in rowing, she remembers being enthralled by this state of togetherness. "Everyone's just trying their best to do their best," she said.

"It was six boats in the final, and they were from six different continents, and that is really cool. It says something about how big that sport is in the world. You kind of feel like you're connected, joined together, in the movement of sports," Skarstein recalled of the Rio Games. "You can really feel that sport is an international language." 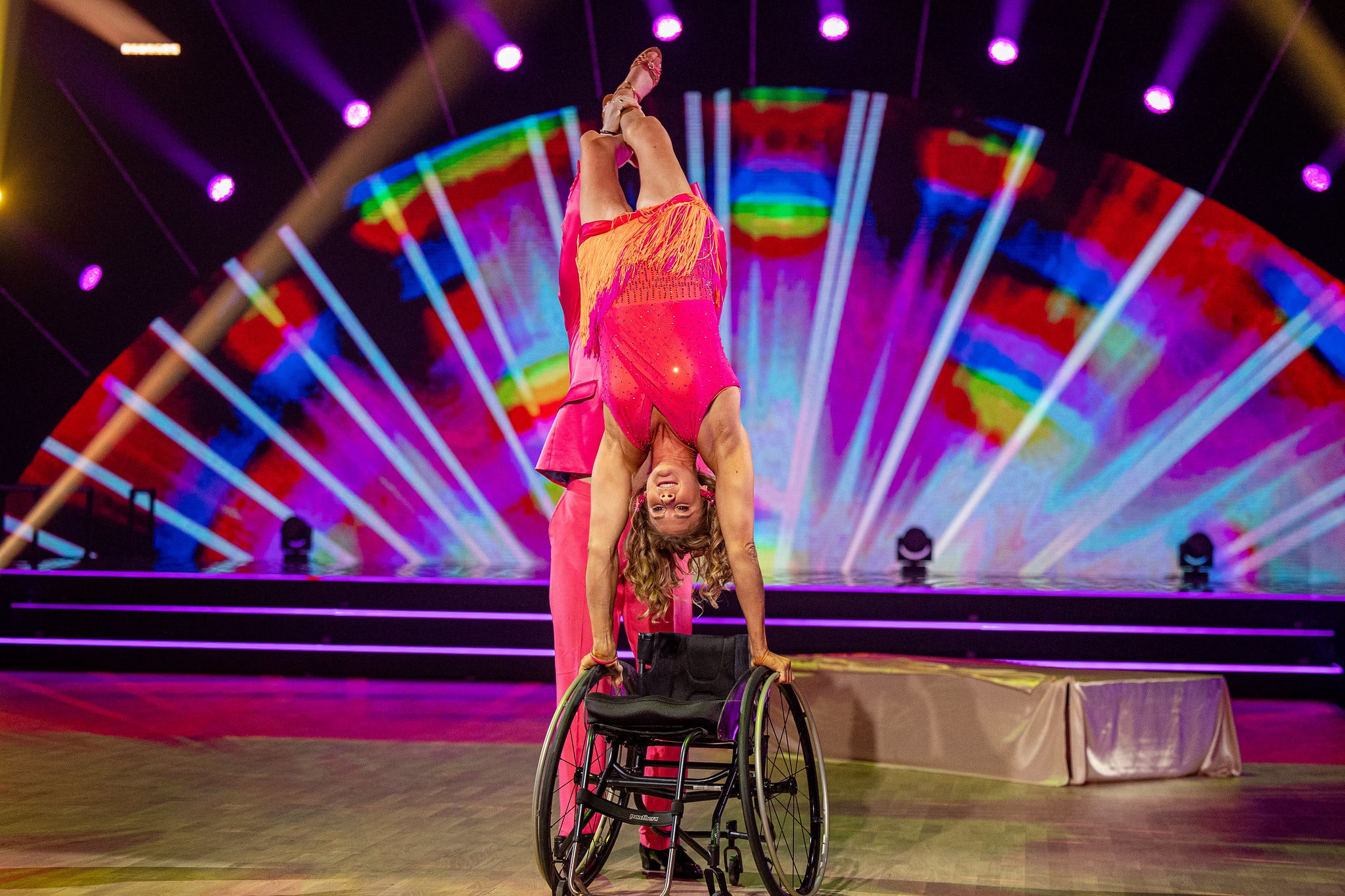