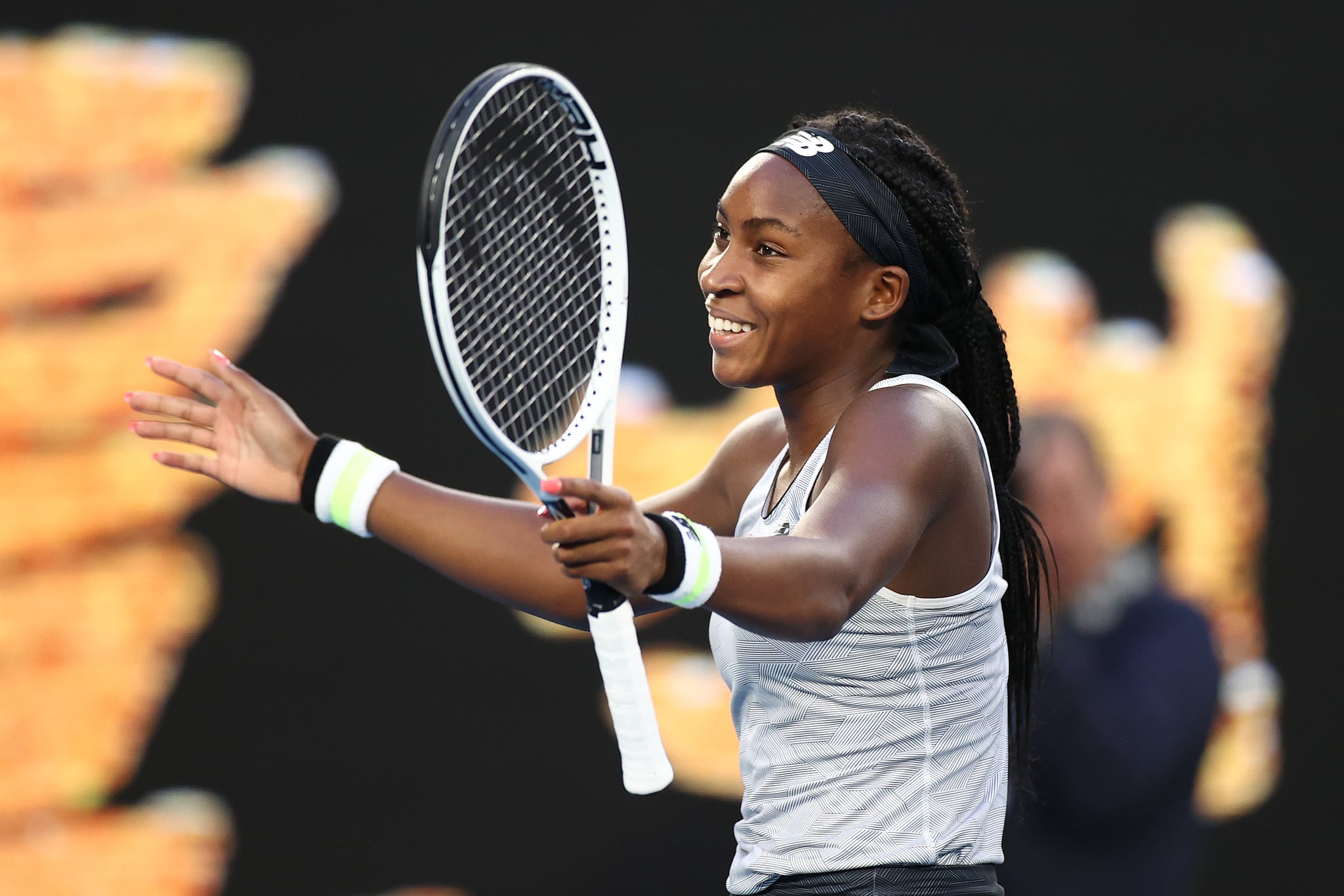 A major upset took place at the 2020 Australian Open when 15-year-old phenom Coco Gauff defeated 22-year-old Naomi Osaka, who previously won the women's singles event in 2019. After winning the match 6–3, 6–4 on Friday, Coco became the youngest player to take out a reigning women's champion in the history of the Grand Slam.

"You never know what happens on this court."

"Honestly, like, what is my life? Like, oh, my gosh," Coco said in an interview following the match. She added, "Two years ago, I lost first round in juniors, and now I'm here. This is crazy." When asked how she motivated herself against such a skilled player, Coco said, "I was just telling myself, 'One point at a time, and just keep fighting.' You never know what happens on this court." Being that she is a student, Coco still had homework on her mind, but luckily was able to leave it for the following day. "My teachers, they're giving me some time, considering the circumstances," she joked. "They're letting me submit some assignments late. So that's OK."

"Honestly, like, what is my life?"@CocoGauff can barely believe she just defeated Naomi Osaka on @RodLaverArena.#AO2020 | #AusOpen pic.twitter.com/xM7lDWYDsU

The two players previously made headlines for their display of supportive sportsmanship after Naomi defeated Coco during the 2019 US Open. Following her seemingly unexpected loss, Naomi said in a press conference, "It's just tough. You don't want to lose to a 15-year-old, you know. But I guess that's for me, like, a reality check. It doesn't really matter the age of the opponent."

To make it to the third round, Coco previously beat Venus Williams and Sorana Cirstea. She will take on fellow American Sofia Kenin in the fourth round.