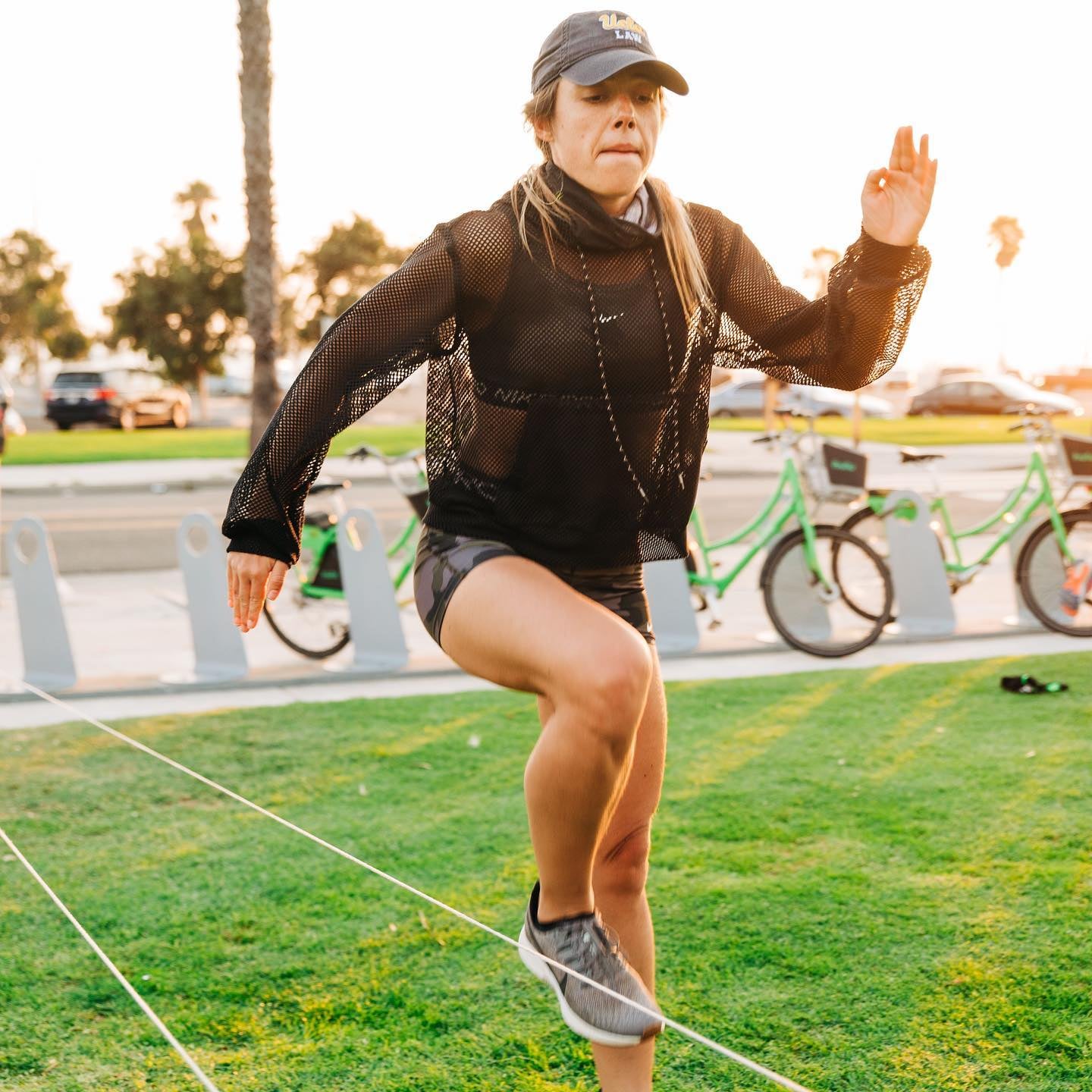 The last words my stepfather ever spoke to me were uttered between gasps of air from his hospital bed this past January: "Will you move on with your life already?"

Less than two weeks later, I received a call from my mother that my stepfather had gone into hospice. I flew from California to New Jersey to spend his last days together as a family. He passed peacefully in our home, as we held his hand and sang Andrea Bocelli's "Time to Say Goodbye." It was one of the most profound moments of my life.

His poignant last words had penetrated me to my core, and now — having sat with them for a few weeks — I knew I needed to find a way to honor him. Still, this was the first significant loss I had experienced in my life, and I needed time and space to heal. I returned to Los Angeles feeling scared and uncertain, knowing my path would inevitably change, though I wasn't sure how. I prayed for healing and clarity, hoping to find some answers.

His poignant last words had penetrated me to my core, and now — having sat with them for a few weeks — I knew I needed to find a way to honor him.

On the surface, my life and career appeared stable and successful. As a record executive at Epic Records, I had been working in the music business for more than a decade. I was a doer and goal oriented, but eventually, I realized I wanted more for my life than just a career. When I got married, I had hoped to be together for a lifetime and to build a foundation to start a family — but now my marriage was in trouble.

My stepfather wanted me to tap into my strength and make the necessary decisions to take control of my life and manifest my dreams. He was trying to tell me to stop fighting a losing battle. I wasn't yet ready to move on from my marriage, but I decided to make other big, disruptive changes in my life, just as he had challenged me to do. I started asking myself some tough questions: if being married and starting a family wasn't my path to happiness, what is? I chose to focus on taking care of myself. I wasn't sure what I wanted long-term, but I knew in the short-term, I just wanted to feel happier and more connected to my mind and body. I wanted to feel whole again, and focusing on my physical health seemed like a good place to start. Up until that point, my commitment to fitness had been marginal, as I had other priorities. So, I began attending yoga classes up to a few days a week and working out at the gym weekly.

I realized after my very first workout how cathartic it was to get moving. My brain chemistry had changed, and I knew I needed more of this. What started as an experiment developed into a habit and then a lifestyle. I adjusted my routine to make fitness a priority, climbing into bed by 9:30 so I could get up for my daily training sessions at 6 a.m. before my workday began. When the COVID-19 pandemic shuttered gyms, and I could no longer meet with a trainer in person, I began running. Up to eight miles a day. Exercise made me happy, and I was determined to stick with it, even if I had to do it on my own.

In early April, my trainer challenged me to a 50-mile virtual run with 20 people on the Nike Run app. I was hesitant at first, but then I realized I could probably knock it out in a week. So, I decided to put myself to the test. I made Spotify playlists to fit my mood, so I had something to look forward to each day. Running became my therapy and a way for me to heal. I finished those 50 miles — the first of many I'd run throughout the year.

It was around this time that I decided to have the difficult conversation with my partner about our future together. We decided it would be best to part ways. Getting divorced is hard, and doing it in the midst of a pandemic is harder still, so I took every opportunity to channel my energy into something positive.

I had received a message from UCLA Law School about a new master's in legal studies program and decided to apply. It was an exciting opportunity to advance my career trajectory, and I was up for an intellectual challenge, in part inspired by my stepfather, who was a chief assistant district attorney. Between the stress of mediation and applying to law school, I needed an outlet — so, I made another commitment: to run on UCLA's track for an hour each morning. I wanted to see what it would feel like to be a student again, and I guess I hoped I could somehow manifest my acceptance into the program.

In early June, after two weeks of showing up to the track every day, I was approached by Richard Rucker, the head coach of the UCLA Club Track and Field team. I had watched his practices from afar and admired the work he was doing with his athletes. When he asked what I was training for, I said I didn't know. "Wrong answer," Coach Rucker said. "Life." That's when our journey began. At age 38, I started training with Coach Rucker for two hours a day. He helped me discover and develop my athletic ability and taught me that it's never too late to try something new. ("It's not the age, it's the stage," Coach always says.) Two weeks into our training, he handed me a paper with a breakdown of the sprints and said, "How about competing? You ready?" I had never competed in sports before, but I'm always up for a challenge, and I wanted to make my coach proud, so I replied, "Let's do it."

I ran the Trojans vs. Bruins Masters Challenge, where I competed in the 50-, 100-, and 500-meter sprints. Soon after I ran my first cross-country race at an elevation of 1,200 feet. By the end of the year, I had run more than 1,000 miles, and I felt stronger, happier, and healthier than I had at any point in my life. I was accepted to UCLA, too, and I'll graduate in two years, with a focus in entertainment and media.

By the end of the year, I had run more than 1,000 miles, and I felt stronger, happier, and healthier than I had at any point in my life.

I share this journey in hopes of showing others that even the most challenging times can be a catalyst for change and a source of inspiration, if you allow them to be. You don't need to take off on an Eat Pray Love-style vacation to learn who you are and find your path to health and happiness. You don't need to run 1,000 miles or go to law school, either. While that was the direction my life took, the opportunities are endless. You simply need to look inward and take care of yourself first, and you'll find the energy and power to dream again and break new ground.

I'm grateful that this past year gave me time to reflect, to be present, and to appreciate each and every day. Instead of driving to and from work, I was able to take time to grow in new ways, on the track or in the classroom. I no longer rush through my days but take the time to listen to what my mind and body need. I honor my time every day, and I'm very intentional about what will move me closer to achieving my goals and seeing my dreams come to fruition.

I don't yet know what 2021 will hold — though I'm committed to continuing to train, in hopes of reaching All-American status — but I know that when you allow yourself to be open and step out of your comfort zone, good things happen. If there's anything these times have taught us, it's that tomorrow isn't guaranteed, so start living the life you want today.